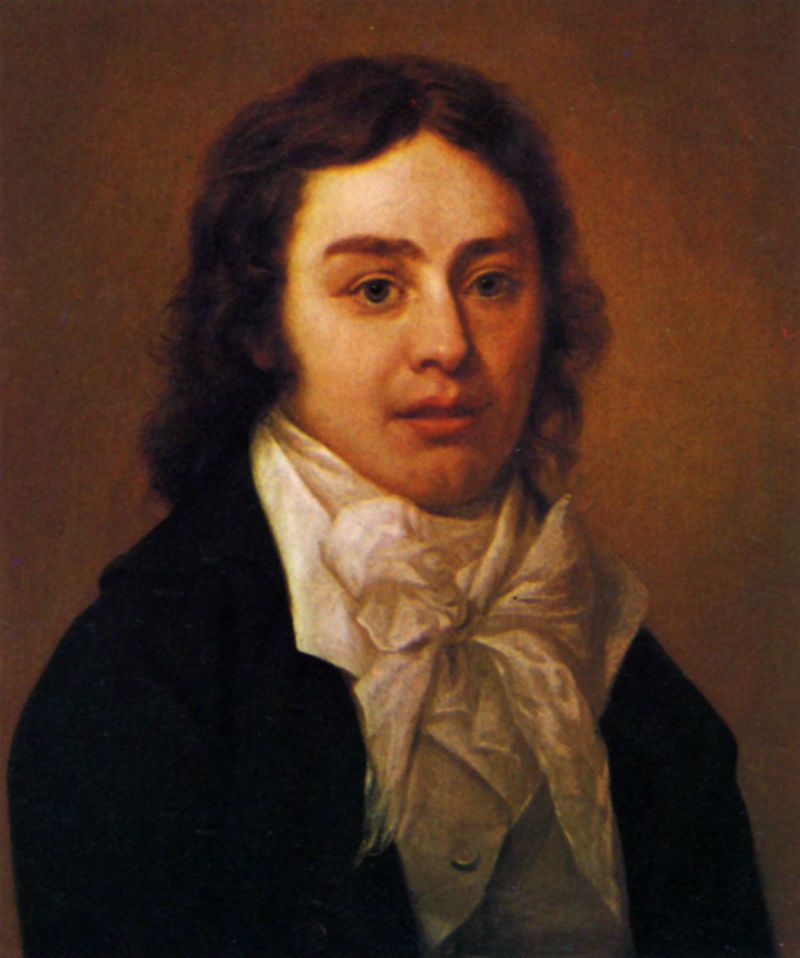 Continuing his mind-boggling tour of Phantom Libraries, Jonathan Law discovers that the books that Samuel Taylor Coleridge didn’t write have a more powerful presence than the ones he did…

Among the most tantalizing treasures of oblivion are the numerous phantom works of Samuel Taylor Coleridge – works promised to friends, family, publishers, and even the paying public but never brought to the light. Apart from the poems that he famously couldn’t finish – Kubla Khan, Christabel – there is a larger group that he talked up at length but never or barely started, including an epic on the siege of Jerusalem and another on the flight of Mohammed. In prose, too, there are endless plans for essays and books, not to mention the great work of Christian philosophy – variously referred to as the Opus Maximus or the Treatise on the Logos – that was supposed to occupy the last decades of his life.

If Coleridge comes down to us as the great underachiever of English letters, this clearly has little to do with his actual productivity; his works, after all, run to 34 volumes in the standard modern edition, to which you can add six fat volumes of letters and five of Notebooks. His reputation owes much more to this strange, self-sabotaging habit of talking up grand works he would never produce, followed by the inevitable pratfall into failure. Somehow the books that he didn’t write have acquired a vivid, accusing presence more powerful than that of the books he did.

Perhaps Solomon was right, and our thoughts indeed cast shadows. Where Sir Thomas Browne was cast down by the thought of great intellectual treasures sunk beyond recall, Coleridge seems to have been paralysed by something else: a dream of the infinite things that might be written. To get the measure of this dream – and to experience the young STC at full blast – it is necessary to dip into the rich chaos of the Notebooks, which in his younger days served him chiefly as a hoard of ideas for future work. Here Coleridge squirrelled away fragments from his weirdly recondite reading and set down thoughts and observations so heterogeneous that the effect is never too far from comedy. In The Road to Xanadu, his great study of Coleridge’s imagination, John Livingston Lowes sets out a mind-boggling list of the topics covered in just one early Notebook – a list that can stand with the best of the lists in these very list-driven posts:

… alligators and albatrosses and auroras and Antichthones; … biscuit-worms, bubbles of ice, bassoons, and breezes; … candles, and Cain, and the Corpo Santo; Dioclesian, king of Syria, and the daemons of the elements; earthquakes, and the Euphrates; frost-needles, and fog-smoke, and phosphorescent light; gooseberries, and the Gordonia lasianthus; haloes and hurricanes; lightnings and Laplanders; meteors, and the Old Man of the Mountain, and stars behind the moon; nightmares, and the sources of the Nile; footless birds of Paradise, and the observatory at Pekin; swoons, and spectres, and slimy seas; wefts, and water-snakes, and the Wandering Jew …

Coleridge’s ambition emerges most clearly in the lists of projected works that crop up throughout these early Notebooks – wonderful lists brimming with the wild optimism of youth that would acquire a tragicomic flavour only a few years later. The earliest of these, proudly headed ‘My Works’, dates from 1796, when the poet was 23, and consists of a dozen items:

Imitations of the Modern Latin Poets with an Essay Biog & Crit …

The Origin of Evil, an Epic Poem

Pantisocracy, or a practical Essay on the abolition of Indiv. Property

Clearly, Coleridge didn’t suppose that solving the Problem of Evil and finding a practical way to abolish private property would detain him for too long, as there is another hair-raisingly ambitious list only a few pages later – a bizarrely wide-ranging bibliography of 27 items:

An Essay on Tobit [the weirdest book of the Apocrypha]

On Marriage – in opposition to French Principles

Ode to a Looking Glass

Escapes from Misery – a Poem

Life of David – a Sermon

Ode on St Withold [an obscure Saxon saint who allegedly had the power to protect sufferers from nightmares: see King Lear III. iv.]

Hymns to the Sun, the Moon, and the Elements – six hymns – in one of them to introduce a dissection of Atheism … In the last Hymn a sublime enumeration of all the charms or Tremendities of Nature – then a bold avowal of Berkley’s System!!!! [i.e. Bishop Berkeley’s philosophy of immaterialism]

Ode to a Moth

Adventures of Christian, the mutineer

Hymn to Dr Darwin – in the manner of the Orphics [Erasmus Darwin, founder of the Lichfield Botanical society and inventor of a canal lift for barges; the Orphic hymns associated with the Greek mystery religions]

Other projects flit and flash through the Notebooks like sea-fire – briefly gleaming for an instant only to lapse back into the dark:

Upas Tree – a poem [the fabled poison tree of Java, said to destroy all life within a 15-mile radius]

Millennium, an History of, as brought about by progression in natural philosophy – particularly, meteorology or science of airs & winds – Quaere – Might not a Commentary on the Revelations be written from late philosophical discoveries?

Mem. To reduce to a regular form the Swedenborgian’s Reveries [i.e. the eight volumes of Swedenborg’s Heavenly Mysteries]

The Souls of Infants, a vision

Mars rising over a gibbet

Two Lovers privileged by a faery to know of each other’s Lives and Health in Absence by olfaction of … [sadly, we never learn what]

As the years went by, most of Coleridge’s friends learned to take these proliferating plans with a barrel-full of salt. “You spawn plans like a herring”, Robert Southey told him in the summer of 1802, adding “I only wish as many of the seed were to vivify in proportion.” The provocation was a typically Coleridgean screed announcing the imminent appearance of “a Book – Concerning Tythes & Church Establishment”, not to mention two volumes on “Poetry, & the characteristic Merits of the Poets, our Contemporaries”, and of course “Letters to the British Critic concerning Grenville Sharp’s Remarks on the use of the Definitive article in the Greek Text of the New Testament”. Needless to say, none of these volumes was ever heard of again. 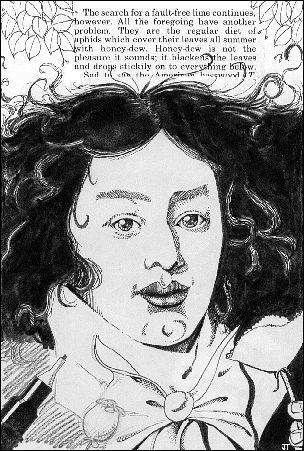 S. T. Coleridge, from a portrait painted when he was 23

By this time Coleridge was himself painfully aware of the problem – although his own choice of metaphors ran to birds rather than fish:

I lay too many Eggs in the hot Sands of this Wilderness, the World! with Ostrich Carelessness & Ostrich Oblivion. The greater part, I trust, are trod underfoot, & smashed; but yet no small number crawl forth into Life, some to furnish Feathers for the Caps of others, & still more to plume the Shafts in the Quivers of my Enemies…

As Coleridge sees, it is the very fertility of his ideas that makes him careless or incapable of bringing them to maturity. The result is a ludicrous gap between promise and performance, which provokes not only the malice of the world, but also a crippling anxiety about writing anything at all. “One might make a very amusing Allegory of an embryo Soul up to Birth!” begins one characteristic entry in the Notebook, dating from the darkest days of Coleridge’s thirties. Yet just as you sense him getting fired up by the idea, as he would have done a decade or so earlier, an infinitely sadder, self-lacerating voice cuts in:

Try! it is promising. You have not above 300 volumes to write before you come to it— & as you write perhaps a volume once in ten years, you have ample Time, my dear Fellow! — Never be ashamed of scheming — you can’t think of living less than 4000 years, & that would nearly suffice for your present schemes—/To Be sure, if they go on in the same Ratio to the Performance, there is a small difficulty arises/but never mind! look at the bright side always— & die in a Dream!

This is followed by single piercing monosyllable, underscored three or four times: 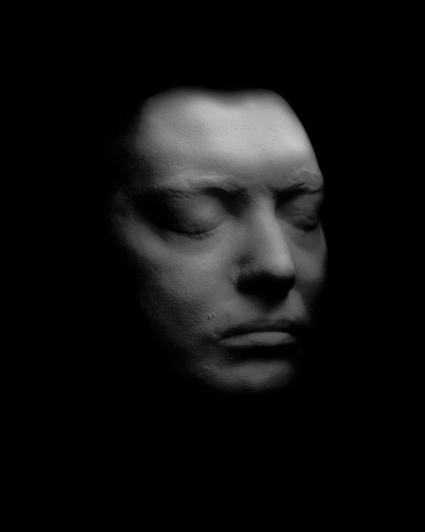