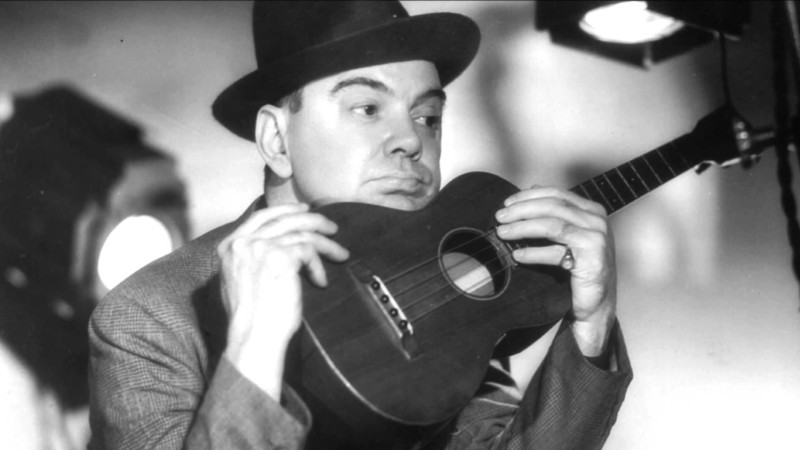 Nige recalls some vintage songs banned by the BBC – including some, like a ditty by Cliff Edwards – with good reason…

Rattling around in my head, for reasons unknown, was one of Cole Porter’s less famous songs, The Physician. This witty – and very catchy – commentary on scientific reductionism (or is it Cartesian dualism?), written for the musical Nymph Errant, has the distinction of having been banned by the BBC in the 1930s.

Why? It’s hard to tell in this recording by Gertrude Lawrence, especially as she omits the rather saucier last stanza:

As it was dark,

I suggested we walk about
Before he returned to his post.
Once in the park,
I induced him to talk about
The thing I wanted the most.
He lingered on with me until morning,
Yet when I tried to pay him his fee,
He said, “Why, don’t be funny,
It is I who owe you money,”
But he never said he loved me.

I first heard The Physician on a highly entertaining CD of BBC-banned songs, Listen to the Banned. Some of them seem entirely innocuous, some are rather sweet – e.g. Let’s All Be Fairies by the Durium Dance Band…

…and others leave you wondering how they ever thought they’d get away with it. Exhibit A: Cliff Edwards’ I’m Going to Give It to Mary with Love (1936)…

Cliff Edwards, otherwise known as Ukulele Ike, was great friends with Buster Keaton, who featured him in three of his films and enjoyed jamming with him between takes.

One such session made it into the final cut of the 1930 film Doughboys – probably a mistake, as both men were in a bad way as a result of their respective addictions (Keaton booze, Edwards mostly drugs), but even in these sorry circumstances there’s something mesmeric about Buster. There always is.

Cliff Edwards, a man of many parts, went on to be the voice of Jiminy Cricket in Disney’s Pinocchio. He died in 1971, a penniless charity patient in a Hollywood hospital, and his body, unclaimed by anyone, was donated to the University of California medical school – but happily the Actors’ Fund of America intervened to purchase his remains and see to his burial. Disney paid for the grave marker.