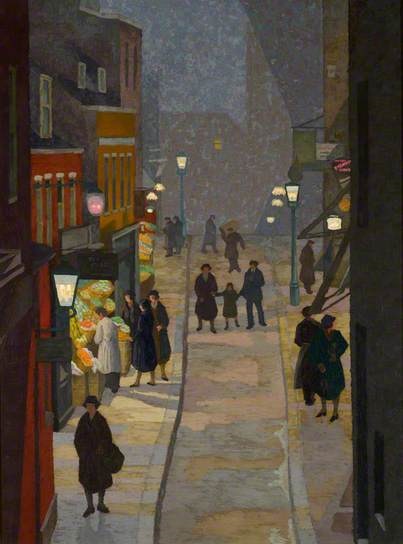 The poetic conceit that life may be compared to a work of art – most commonly, a play – is an old one. At some point in our lives, the thought may occur to us that we are playing (whether by choice or by fate) a role in an unfolding entertainment of some sort. Whether that entertainment is drama, comedy, tragedy, or farce is the (unanswered) question.

Perhaps the best-known instance of the conceit is the passage from Shakespeare’s As You Like It: “All the world’s a stage, /And all the men and women merely players . . .” Of course, Shakespeare was neither the first nor the last to employ this idea. Sir Walter Raleigh tried his hand at the comparison as well: “What is our life? A play of passion . . .” As, later, did Walter Savage Landor:

Alas, how soon the hours are over,
Counted us out to play the lover!
And how much narrower is the stage,
Allotted us to play the sage!

But when we play the fool, how wide
The theatre expands; beside,
How long the audience sits before us!
How many prompters! what a chorus!

The poetry of Hilaire Belloc (1870-1953) can be too acerbic for some, but I find it entertaining. (For a more lyrical, less cynical side of Belloc, I recommend his prose works Hills and the Sea, The Old Road, and The Path to Rome.) I was introduced to Belloc via the following sonnet, which employs Shakespeare’s “all the world’s a stage” as a starting point for another view of Life as a theatrical entertainment.

The world’s a stage. The trifling entrance fee
Is paid (by proxy) to the registrar.
The Orchestra is very loud and free
But plays no music in particular.
They do not print a programme, that I know.
The cast is large. There isn’t any plot.
The acting of the piece is far below
The very worst of modernistic rot.

The only part about it I enjoy
Is what was called in English the Foyay.
There will I stand apart awhile and toy
With thought, and set my cigarette alight;
And then — without returning to the play —
On with my coat and out into the night.

Masque of All Men

In the cold-windy cavern of the Wings
With skeletons of unused sets above them
The actors’ painted heads clustered,
Clustered and whispered.  One head whispered,
‘This has been my life:  the Prologue often,
And then no Play.  Or when the play has come
The players have departed, the parts being played
By understudies, makeshifts, shifting
The balance, the play, the purpose:
The lines dissolving and the play transposing
Itself into another, an unrehearsed;
So that the prompter, script discarded, idly
Sits in the echoing cavern
Among cold winds beneath the unused sets.’

Tessimond’s description of the life we actors lead seems apt: there never is a script, is there? Nor a prompter. I am reminded of the dream in which you show up to take an exam on the final day of class and suddenly realize that you have not attended any of the lectures and have not read any of the required course materials. You are on your own.

3 thoughts on “Life as a Work of Art”