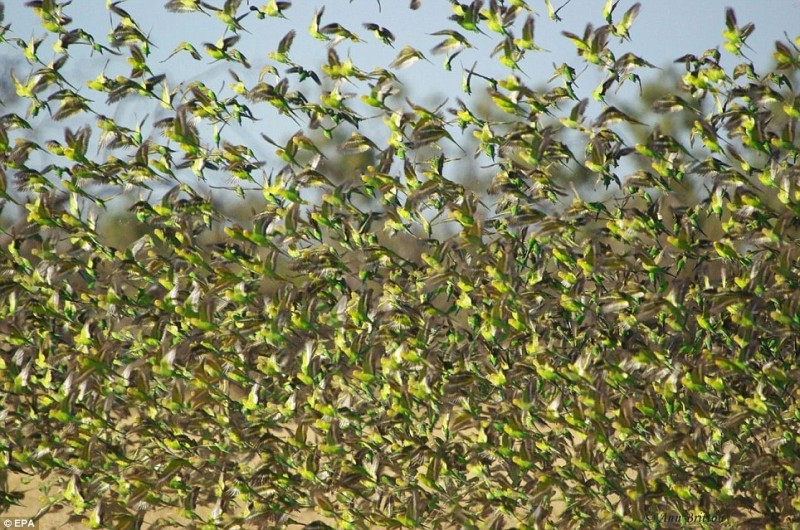 Nige brings us this week’s poetry feature: the ‘thin uncomprehended song’ of a swarming insect…

A few years ago I heard a report on the radio about the spectacular mass hatching of Periodical Cicadas in the eastern seaboard states of the US. It put me in mind of Richard Wilbur’s poem, Cicadas:

You know those windless summer evenings, swollen to stasis
by too-substantial melodies, rich as a
running-down record, ground round
to full quiet. Even the leaves
have thick tongues.

And if the first crickets quicken then,

other inhabitants, at window or door
or rising from table, feel in the lungs
a slim false-freshness, by this
trick of the ear.

the Latin cicada, because of his long waiting
and sweet change in daylight, and his singing
all his life, pinched on the ash leaf,
heedless of ants.

Others made morals; all were puzzled and joyed

by this gratuitous song. Such a plain thing
morals could not surround, nor listening:
not `chirr’ nor `cri-cri.’ There is no straight
way of approaching it.

This thin uncomprehended song it is

springs healing questions into binding air.
Fabre, by firing all the municipal cannon
under a piping tree, found out
cicadas cannot hear.

The last lines refer to an experiment by the great naturalist and nature writer Jean-Henri Fabre – a man distrustful of theories and systems, whom Darwin called ‘an inimitable observer’. Here is his own account of the cicada experiment:

For fifteen years the Common Cicada has thrust his society upon me. Every summer for two months I have these insects before my eyes, and their song in my ears. I see them ranged in rows on the smooth bark of the plane trees, the maker of music and his mate sitting side-by-side …. Whether drinking or moving they never cease singing.
It seems unlikely therefore that they are calling their mates. You do not spend months on end calling to someone who is at your elbow. Indeed I am inclined to think that the Cicada himself cannot even hear the song he sings with so much apparent delight ….
On one occasion I borrowed the local artillery, that is to say the guns that are fired on feast days in the village. There were two of them, and they were crammed with powder as though for the most important rejoicings. They were placed at the foot of the plane trees in front of my door. We were careful to leave the windows open, to prevent the panes from breaking. The Cicadas in the branches overhead could not see what was happening.
Six of us waited below, eager to hear what would be the effect on the orchestra above.
Bang! The gun went off with a noise like a thunderclap.
Quite unconcerned, the Cicada continued to sing. Not one appeared in the least disturbed …
I think, after this experiment, we must admit that the Cicada is hard of hearing, and like a very deaf man, is quite unconscious that he is making a noise.

Perhaps not the most scrupulously scientific experiment – but fun, and beautifully narrated.

3 thoughts on “Song of the Cicada”