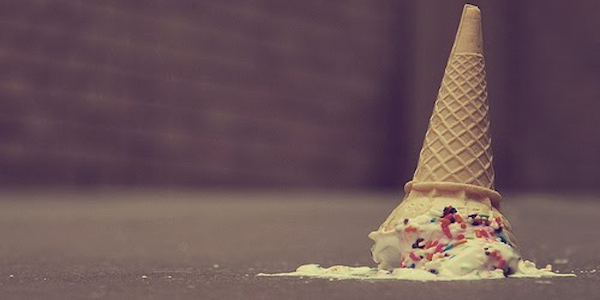 One of those very divisive bits of folklore gleaned from the wonderful world of Wikipedia for today’s Wikiworm – which side are you on?

The five-second rule is a widely repeated belief that food dropped on the ground will not be significantly contaminated with bacteria if it is picked up within five seconds of being dropped. Some may earnestly believe this assertion, whereas other people employ the rule as a polite social fiction that allows them to still eat a lightly contaminated piece of food, despite the potential reservations of their peers.

The five-second rule has received some scholarly attention and has been studied as both a public health recommendation and as a sociological effect.

In 2003, intern Jillian Clarke of the University of Illinois found in a survey that 56% of men and 70% of women surveyed were familiar with the five-second rule. She also determined that a variety of foods were significantly contaminated by even brief exposure to a tile inoculated with E. Coli. On the other hand, Clarke found no significant evidence of contamination on public flooring. For this work, Clarke received the 2004 Ig Nobel Prize in public health. A more thorough study in 2006 using salmonella on wood, tiles, and nylon carpet found that the bacteria were still thriving after twenty-eight days of exposure under dry conditions. Tested after eight hours’ exposure, the bacteria could still contaminate bread and bologna in under five seconds, but a minute-long contact increased contamination about tenfold (with tile and carpet surfaces only). The five-second rule was also featured in an episode of the Discovery Channel series MythBusters. There was no significant difference in the number of bacteria collected from 2 seconds exposure as there was from 6 seconds exposure. The moisture, surface geometry and the location the food item was dropped on did, however, affect the number of bacteria.

Ted Allen put the rule to the test in an episode of Food Detectives, and found that bacteria will cling to food immediately. High traffic areas will lead to even more bacteria on the food.