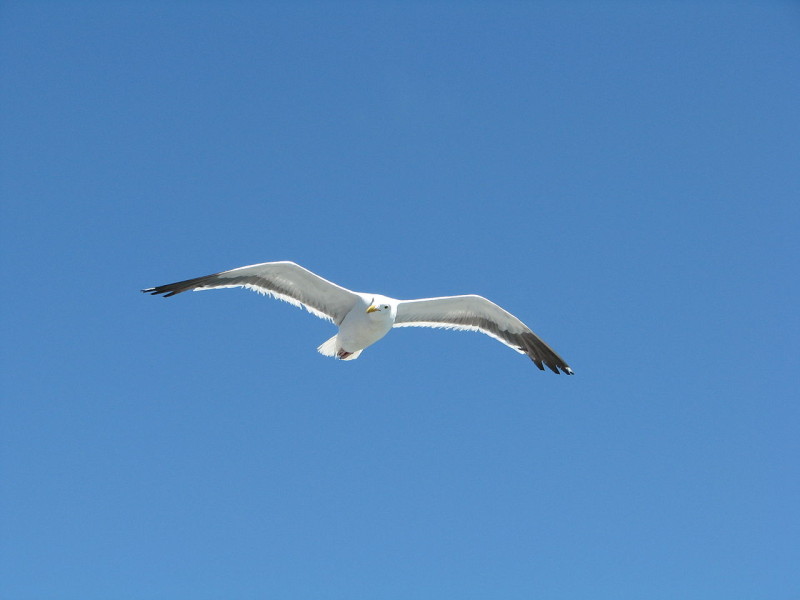 Gulls are getting a bad press lately, with even the Prime Minister expressing his disapproval of the seaside menaces. Here’s a poem about them, and Welsh homesickness…

I think we can all agree that gulls are unsettling. But I don’t think it’s just about the ‘cold, black eyes’ and their tendency to nick your chips. Who, when hearing the melancholic cry of a gull, hasn’t been assailed by a sort of yearning?

Is this something of a British thing? We live in a small-ish country but, being an island, have the world on our doorstep. You’re never that far from a port, and one that can be in touch with the most far-flung places. Perhaps seagulls are like envoys from distant lands, speaking of new horizons? They’ve succeeded in calling a great many overseas.

My North Walian great-grandfather’s family attempted to emigrate to America but ended up returning after a couple of years. Welsh quarrymen were treated badly and paid poorly but it seems Pennsylvanian coal miners had it worse. And this despite all the tales of a golden life in the West.

The Welsh don’t seem to have been as keen on emigration as other inhabitants of the British Isles (there is no Welsh-American vote in US politics and no Welsh-Canadian community rubbing up against the Quebecois). Is there something particularly stay-at-home in Welsh culture? After all, they do have a particular word for what my forebears might have felt – hiraeth, defined as ‘homesickness’ combined with ‘grief or sadness after the lost or departed, longing, yearning, nostalgia…’.

A similar word exists in Portuguese saudade, a strong theme in Fado music; but the Portuguese were the keenest of travellers. I think the relative lack of Welsh emigration had more to do with there being plenty of work in Wales during the nineteenth century period of mass emigration. Not quite as romantic an explanation. But, nevertheless, I wonder how the cries of gulls, wheeling up the Conwy and the Taff, sounded to the would-be (and would-have-been) emigrants? Something wistful, no doubt.

Anyhow, mention of gulls had me recollecting a line from Dylan Thomas’ A Poem in October. Revisiting it made me realise it’s more than a straightforward appreciation of home; it’s also suffused with movement and shifting perspectives, lending it a strong feeling of restlessness. Like many Welshmen who romanticise their homeland Dylan tended to do it from a convenient distance; a London pub for preference.

It was my thirtieth year to heaven
Woke to my hearing from harbour and neighbour wood
And the mussel pooled and the heron
Priested shore
The morning beckon
With water praying and call of seagull and rook
And the knock of sailing boats on the net webbed wall
Myself to set foot
That second
In the still sleeping town and set forth.

My birthday began with the water-
Birds and the birds of the winged trees flying my name
Above the farms and the white horses
And I rose
In rainy autumn
And walked abroad in a shower of all my days.
High tide and the heron dived when I took the road
Over the border
And the gates
Of the town closed as the town awoke.

A springful of larks in a rolling
Cloud and the roadside bushes brimming with whistling
Blackbirds and the sun of October
Summery
On the hill’s shoulder,
Here were fond climates and sweet singers suddenly
Come in the morning where I wandered and listened
To the rain wringing
Wind blow cold
In the wood faraway under me.

Pale rain over the dwindling harbour
And over the sea wet church the size of a snail
With its horns through mist and the castle
Brown as owls
But all the gardens
Of spring and summer were blooming in the tall tales
Beyond the border and under the lark full cloud.
There could I marvel
My birthday
Away but the weather turned around.

And the twice told fields of infancy
That his tears burned my cheeks and his heart moved in mine.
These were the woods the river and sea
Where a boy
In the listening
Summertime of the dead whispered the truth of his joy
To the trees and the stones and the fish in the tide.
And the mystery
Sang alive
Still in the water and singingbirds.

And there could I marvel my birthday
Away but the weather turned around. And the true
Joy of the long dead child sang burning
In the sun.
It was my thirtieth
Year to heaven stood there then in the summer noon
Though the town below lay leaved with October blood.
O may my heart’s truth
Still be sung
On this high hill in a year’s turning.