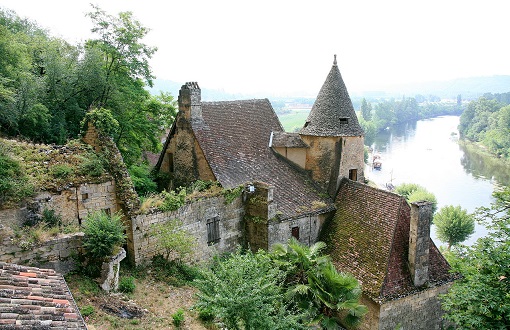 I was playing rugby in the south of France and I was bored enough to put an advert offering English conversation classes in the local newspaper. This was twenty years ago, so before mobiles, and I gave the phone number of one of the two restaurants in the town where I could, and invariably did, eat on the club’s tab. I duly got a call.

The caller wanted me to be tutor to a young lad. But there was a condition: I would have to live with the family out of town. I declined – I didn’t want to be out of the way; it was tedious enough to be stuck with not much to do in town, let alone out in the country. But the person (it didn’t seem to be the father) persisted and I agreed to go out to have lunch with them to discuss things. I was to be picked up from the restaurant the next day.

Midday and a Range Rover screeched to a halt outside. A youngish man in a crumpled Hawaiian shirt, waving around a pack of Marlboro reds, swayed in asking for me. He seemed drunk. I left with him anyway, jumping in the car. I soon had confirmation he was drunk. Swerving at high speed through the town we bumped the kerb regularly, mounted the pavement a couple of times and clipped the side of a tunnel as we passed under railway tracks. However, we were soon on the open road, speeding northwards towards Cognac. After a dozen kilometres or so we turned off, then a couple of kilometres later swept through cracked stone pillars onto a track.

On our left was a substantial, stone-built stable block. The track turned into a drive as it swung around through a screen of trees and into parkland dotted with ancient and majestic elms. Ahead, on the right, was a chateau, sitting in green lawns and with an apron of yellow gravel across its front. It was story-book standard, pale stucco, with round, cone-topped towers at either end, a moat and a drawbridge. To my delight, a huge Irish wolfhound padded out to meet us as we crunched to a halt, overtaken by a plume of dust.

At lunch I met the family and learnt a little about their life and business. They were brandy andpineau producers: we were in a prime area, near Cognac, and the fields surrounding the chateau were full of vines.

The count was tanned, greying hair swept back and with rather vulpine features. He laughed readily, twitching his nose as he did so, a fox savouring the immediate prospect of chickens. His wife was white, pasty, thin, with black-grey circles around her eyes. She shook like a leaf.

There were four children, all quite delightful. The eldest was a girl of about twelve, as I say, quite delightful except she insisted on calling me ce truc-là (‘that thingy over there’). I was to be tutor to the next child, a nice boy of ten or so. A tomboyish girl was next oldest; she had somewhat oriental features and straight, black hair. The youngest was another boy, a toddler.

The youngish man who’d picked me up was presented as a friend of the family. A young man, Pascal – about my age, that is twenty or so – had served lunch. He was cook and factotum, and rather camp.

After lunch, the count took me into his study. I naturally accepted his offer of the job – how could I resist? – albeit after what was an awkward interview. I inferred that one of his objectives was to receive confirmation that I wasn’t homosexual; I had wanted to confirm the details of how I was going to be paid, how much would be taken out for bed and board. But, embarrassed, we both shied away from pursuing our questions, resorting to dismissive jocularities. He was uncomfortable broaching the subject of sex and I was uncomfortable quizzing him on money.

At the end, he assured me we’d get on tremendously as he was practically British himself: his name was a corruption of a Scottish one, passed down from the founder of his line, a Scottish nobleman who’d made his fortune fighting for the French Crown as a mercenary in the Hundred Years War.

I moved in straight away. As you can imagine it was a fascinating experience. You could swim in the moat, glassily green and freezing cold on the hottest days. The entire upper story of the chateau had been abandoned; drapes covering antique furniture, the odd bit of ormolu showing; cobwebs hanging off bookshelves containing the shrouded spines of hundreds of gilt- and leather-covered books; windows shuttered.

Visits to family friends in the locality revealed the parlous state of other seemingly unreconstructed gentlefolk: one family in a neighbouring village appeared to live entirely in the kitchen and parlour of their chateau – a multitude of filthy children wrestled with dogs under the table – the rest of the place abandoned to dereliction.

Not that my particular family of French aristocrats was without peculiarities. A mother who appeared in the throes of a terrible nervous breakdown, a child who looked part-Japanese, an almost in-house family friend who, whilst amiable, appeared to be dangerously drunk most of the time. I’d tried to get to the bottom of things but the only person who I felt I could ask was Pascal, the cook and factotum. Whilst friendly he was utterly discreet, to his credit.

Days passed lazily, the only structure – when I wasn’t training or playing in town – being provided by daily English conversation classes (mostly comical) followed by a kick around with a rugby ball in the grounds. After a few weeks of this douceur I was due to leave: my young charge, a genuinely pleasant and bright boy who I’d miss, was off to boarding school.

The day before my departure, Pascal asked me to join him in the kitchen. Everyone else was out. With a look of relish and something of a flourish he announced he was going to reveal everything.

The count and his wife were first cousins. He’d wanted to make what would have been a dangerously consanguineous marriage, in part, to keep the family assets entire; she’d had profound misgivings mostly because she was very religious and wary of running up against the Church’s proscriptions. She did acquiesce, but there followed a lengthy battle to arrange the relevant permissions. Eventually, the wedding arrived, as had the children and with little problem. The only concern had been the oriental-looking child, whose features were ascribed by Pascal to inbreeding.

However, a few months ago this carefully constructed household had fallen apart. The countess had discovered the count was gay. He’d been cruising via his recently installed Minitel, the French precursor to the internet, and she’d discovered his messages. Worse, his closest partner – the young drunk – had been diagnosed with AIDS, and was being supported by the count, whose prospects were uncertain. Pascal himself was gay and had met the count at a gay nightclub.

The cumulative effect of these revelations (except the last: she didn’t know about Pascal and it was important that she didn’t) had tipped the countess, an already fragile – and possibly guilt-wracked – personality, into a depressive crisis. After weeks of agonised argument, she’d decided that their eldest boy shouldn’t spend another day in the house with his father. She intended to send him to boarding school. But the boy wouldn’t be able to go until term started later in the autumn. Given this, she felt she had no choice other than to move out with the children during the interim.

The count was desperate for her to stay, but she wouldn’t accept any entreaties or assurances. So when his young friend stumbled across my advert in the local paper, he made a proposal. If he could arrange for a decent young man – a rugby player, so absolutely guaranteed to be heterosexual – to stay with them until the start of term as the eldest boy’s English tutor, would the countess relent? It turned out that, yes, she would. The Range Rover had duly weaved its way into town to pick me up.

The following day, my leaving day, the count asked me to go down to the stable-block to pick up the money he owed me (I hadn’t been paid a penny at that point – I hadn’t needed it). I’d never been down there before and was not at all sure as to why I’d been asked.

The stables were handsome and extensive and, once in the yard, it became obvious they’d been converted to offices. I climbed stone steps up to a first-floor door. Inside, there were sage-green carpets, natural oak fittings, contemporary furniture, glass internal walls: a tastefully and expensively furnished modern office. Telexes whirred. The count greeted me, nickle-and-dimed me (centime‘d me?), shook my hand and wished me adieu, vulpine grin in place. Back in England some time later, I saw his brandy sitting prominently on the shelves of the local Waitrose. All very rum.

2 thoughts on “A rum do in Cognac”