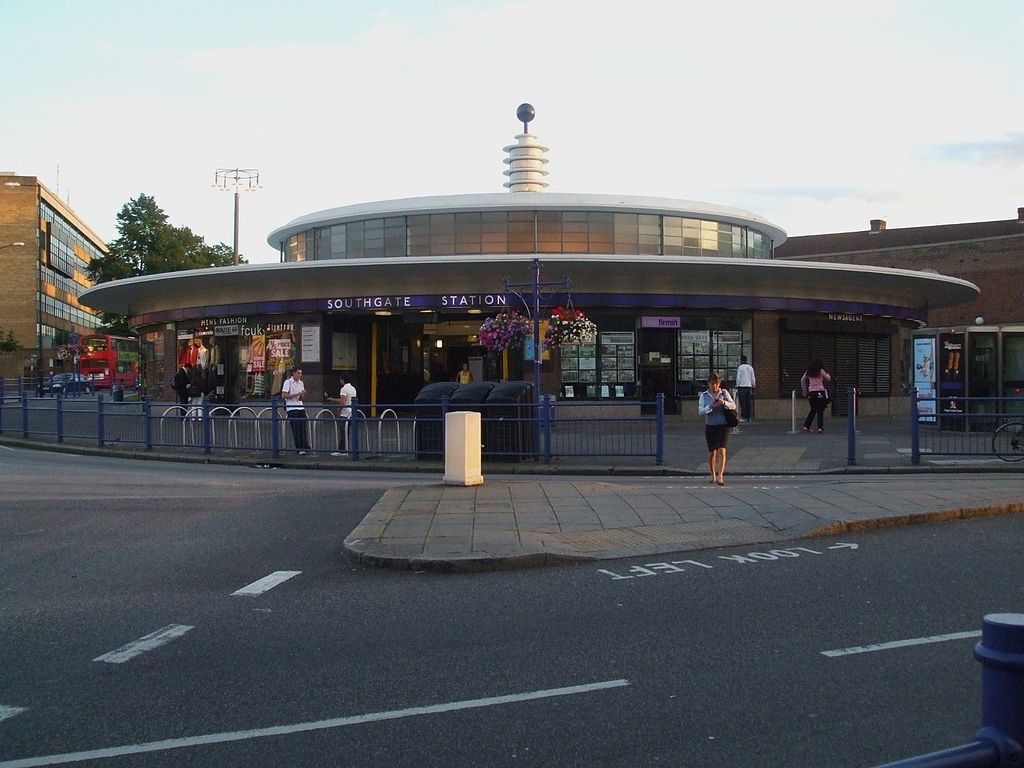 That is not a newly landed art deco UFO above – it is Southgate Underground station, towards the end of the Cockfosters branch of the Piccadilly Line. I discovered this part of north London/ Hertfordshire last year, when visiting the extensive grounds of Trent Park, a handsome Georgian mansion – once the home of Philip Sassoon, cousin of Siegfried – with gardens (including a beautiful Japanese garden), parkland, avenues and woods around it, not to mention a grand obelisk for an eyecatcher.

Trent Park alone would have been worth the trip and made a thoroughly enjoyable day out – but this part of the country also has some of the most extraordinary Underground stations ever built. They are the creations of the modernist Charles Holden, working for the great Frank Pick, who, as head of London Transport, was perhaps the most effective, discerning and influential patron of art and design this country had in the 20th century.

The Holden stations are small masterpieces, ingeniously and elegantly designed for their purpose, using simple shapes and plain surfaces and integrating every element of the design – lighting, seating, tiling, even litterbins – into one harmonious, enjoyable whole. They are modernism at its least forbidding and most friendly. Southgate is almost playful – especially when lit up at night, as in the picture, with its art deco patterns and strange topknot like a Tesla coil – but it is also a wonderfully clever construction, with the whole roof supported, umbrella-like, from a single central column. 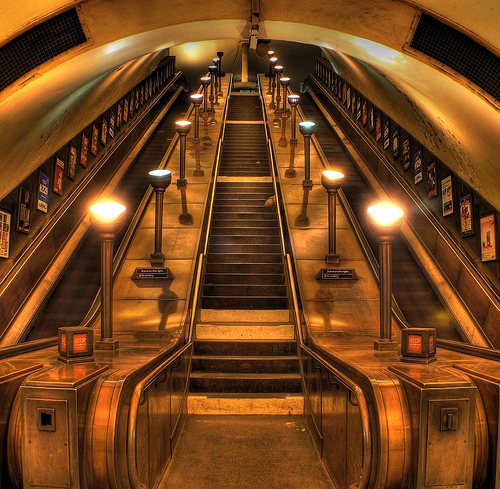 Happily, almost nothing of its original charm has been lost over the years, and it was sensitively restored a couple of years ago. If only all London Underground stations were designed to this standard, with this flair, it would be a pleasure to use the Tube – apart from riding on the actual trains, that is; for all their pleasing remnants of golden age styling, those Piccadilly Line trains can never be fun (especially for someone my height).

This post first appeared on The Dabbler on October 17th, 2011.