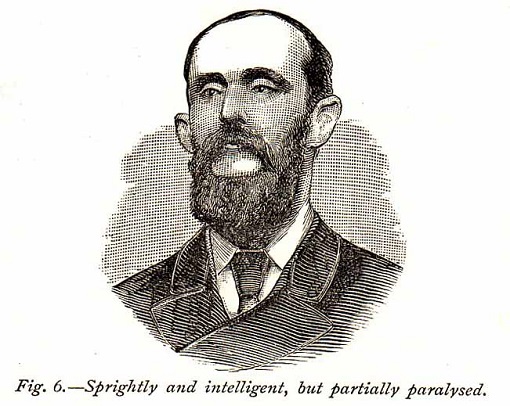 Ever wondered why sailors’ wives retain their youthful looks for so long, or why giants have low sexual energy? ‘Professor’ R. B. D. Wells has the answers…

Curmudgeons who moan about bloggers and Wikipedia argue that the democratic nature of the web has allowed ill-informed, ordinary people to flood the internet with their half-baked ideas. The age of the expert is behind us. We now live in a pseudo-democratic, dumbed-down world in which everyone’s opinion has value (“And Colin from Nuneaton has texted us to say that he thinks that the way to stop sexual offences is for women to dress less provocatively.”)

I disagree. I’ve tried spreading my half-baked ideas and discovered that there’s always some smart alec out there who is ready to correct me. As for Wikipedia, if I dare to edit any articles without copious references to source material, it’s altered within a couple of days by someone in Canada. Why Canada?

The late Victorian era was the true age of the charlatan, when anyone with a passing interest in phrenology and an impressive beard could make sweeping pronouncements about any subject that took their fancy.

Not long ago I found a wonderful book called “Vital Force, or Evils and Remedies of Perverted Sexuality” by “Prof” R. B. D. Wells, the “Practical Phrenologist” and proprietor of a “hydropathic establishment” in Scarborough. It is an utterly mad book.

The book begins with a brief description of Mr Wells’ establishment which could be “reached with facility in a few minutes’ walk from the Railway Station”. We are told that this building has a”commanding view of the surrounding scenery” and can accomodate 250 patients and visitors. “Those ordering Mr Wells’ books should make postal orders and cheques payable to R. B. D. Wells. The telegraphic and postal address is Professor Wells, Scarborough.”

What sort of people did Professor Wells treat? Certainly not this gentleman: 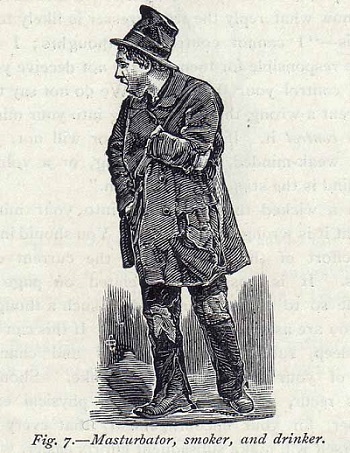 In my day, these people were called students. In the Professor’s time, louche characters like this were beyond his help, as were these sorry specimens from the underclass: 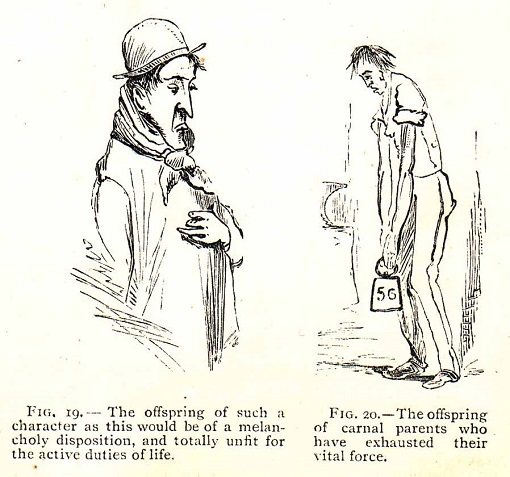 However, Professor Wells was able to offer treatment to paying gentlemen like these: 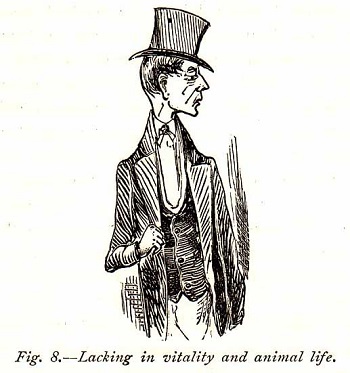 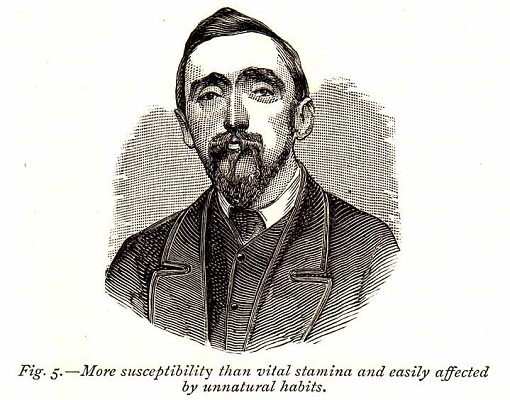 It’s not all mad. In his more enlightened moments the Professor encourages men to ensure that their wives also experience sexual pleasure and he argues that scolding and hitting small children is counter-productive. But these moments of sanity are few and far between.

Here is a random selection of the wisdom of Professor Wells:

Nine sweeping statements that seem utterly absurd to the modern reader. But I will finish with one very sane and forward-thinking statement from Professor Wells:

Husbands too frequently consider that the marriage ceremony gives them a free license to indulge as frequently as they like in sexual enjoyment. Many a married man has virtually committed rape upon his wife, and although the crime may be unrecogised as such by the law, it is none the less a fact.

I wouldn’t be at all surprised if many Victorian readers found the concept of marital rape one of the more fanciful ideas, compared to the sound, commonsense statements that arose from the “science” of phrenology. But I couldn’t back-up my opinion with facts.

7 thoughts on “Victorian Values: ‘Evils and Remedies of Perverted Sexuality’”