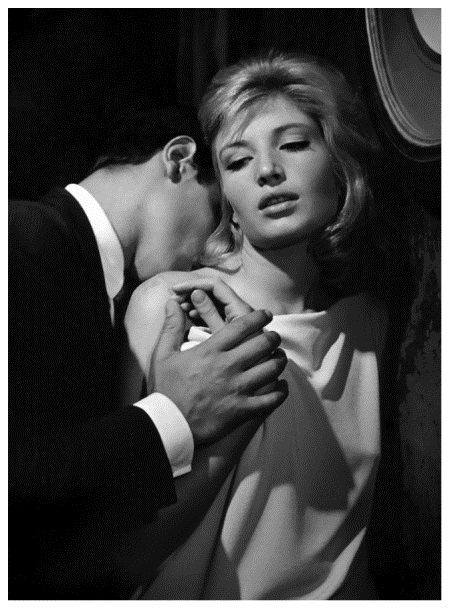 Glancing languidly at the post-scorecard the other day, I noticed that this would be my one-hundredth essay for Lazy Sunday*, and armed with that uninteresting fact I determined to give myself a treat and, instead of casting around for a ‘theme’, I would simply choose four subjects that, for various disparate reasons, give me pleasure. And if the Editor sees fit to overlook this ungenerous moment of egocentricity and publish, I hope that Dabblers out there in the ether for the last few years, enjoy this post as much as I have enjoyed blowing the dust off the arcane and often esoteric music that is quite often a discovery for me too. Therein lies the pleasure.

Wit, charm and humour are rarely combined in any man, and in a woman I can think of just one, the comedienne, monologist and all-round good egg Joyce Grenfell. Born, as she was just before the Great War, she became a debutante (whatever happened to those?) in the 1920’s and grew up around money and privilege, at least until her childless 50 year marriage to Reggie. She was perhaps the first female ‘national treasure’ (she certainly was in our house), and the humorous gifts she possessed were neatly described by her great friend Virginia Graham as being ‘funny without being malicious’, something we could do with a little more of today, with the coarsening shift of English humour’s ongoing ‘race to the bottom’.  Her musical talents were legion, and are hinted-at in this wonderful monologue from the BBC, Life Story, showing warmth, pathos and, in the last few lines, a heartbreaking poignancy.

You will find better explanations of modal concepts in music elsewhere but, as a general rule of thumb the harmonies do not ‘shift’ and therefore the music does not progress in the way of ‘telling a story’, as does key-based music with conventional harmonic progression. The iconoclastic trumpeter Miles Davis was constantly pushing at the conventions of jazz and, in the late 1950’s, he began experimenting with the so-called ‘non-functional harmony’ of modal music – the creation of a single ‘mood’, by the use of ostinato (repeated notes, or phrases) and/or the use of one chord throughout, with added layers of dissonance, perhaps: nothing is ‘resolved’. In this search, this pushing forward, he was aided by the considerable talents of the classically trained pianist Bill Evans. Late in 1958 Evans recorded his album Everybody Digs Bill Evans, and although the sentiments expressed in the title are far removed from the reality, the album does contain two related and imperishable masterpieces: Some Other Time, from Leonard Bernstein’s musical On the Town, and Evans’ own meditation on the same chord grouping, Peace Piece. In much the same way as the work of PG Wodehouse gains nothing (and loses a lot) by being ‘acted out’ – better just read – the same could be said in reverse of this wonderful improvisation. Reading and talking about it adds nothing (and hundreds have had their two penn’orth): better just listen.

I first saw Michelangelo Antonioni‘s strange and wonderful film L’Eclisse as a teenager in a grubby cinema, The Continental, in Coventry. I was there, among the dirty-macs and CND supporters, naturally enough, to see Monica Vitti. Drifting out into the damp streets a couple of hours later, I was puzzled how Alain Delon, with all his charm and good looks, could spend most of the film engrossed in making money, and showing concern for the damage to his Alfa Romeo, when this vision of loveliness obviously craved his full attention. The trademark themes that were the currency of the great Italian director (who, I learned later, enjoyed a ten year relationship with Vitti, the dog!) had, of course, completely passed me by in my sweaty passion – the isolation of the individual in modern society, the inability to communicate with other people and, more than any other thread, the disenchantment and boredom with contemporary life – of these, including post-religious marxism and atheism, I knew nothing, nor cared. After I started shaving, and having viewed the film many more times (along with the two others from the trilogy), the fog, of course, began to lift. But I still puzzle over how any man could dump (it was ‘chuck’ in those days) Monica Vitti as apparently the director did. The music alongside this clip from the last few minutes of the film, unusually, seems to fit it like a second skin.

It is the otherworldly second movement andante caloroso from the B flat major Sonata No 7 by Sergei Prokofiev, and it proves, if proof were needed, what a great tunesmith Prokofiev was – as well as an enfant terrible – a fact we explored in these pages back in February. The sonata is, like L’Eclisse, part of a trilogy known today as the War Sonatas, and it is played here by the pianist most closely identified with the work, Sviatoslav Richter. A couple of years ago I wrote a piece on the conductor Carlos Kleiber, and to try and explain his greatness I used the word ‘ignition’: I need the word again now. When I listen to the current pianistic flavour-of-the-month, the Chinese Lang Lang, I hear amazing dexterity, and an almost unreal sense, in somebody so young, of how a composition should sound, with light and shade aplenty, and a complete absence of ‘wrong notes’. What I don’t hear is ‘ignition’ and a nagging sense that it might all fall apart. For this ‘edge of the seat’ feeling, I have to turn to Richter The Enigma, a pianist in a class of one.

In my very first post on these pages I included a marvellous madrigal by Monteverdi, Zefiro Torna, performed in the 1930’s by a now-famous ensemble led by the French pedagogue Nadia Boulanger. The idiomatic twin-tenors were Paul Derenne and Huges Cuenod, a singer of modest natural gifts, who could be said to have made the most of his talents. Swiss by birth, gay by orientation, he had a varied and tumultuous career both as a singer and teacher. Amazing to consider that when he was born in 1902, Mahler had only written five of his symphonies. Cuenod lived for 108 years, and is survived by his partner Alfred Augustin. There is no better illustration of his versatility than the three ‘voices’ he adopts (counter-tenor, baritone and tenor) quite comfortably, in this marvellous version of the probably -18th Century African-American spiritual My Lord, What A Morning. Will we see his like again? I think not.

*For pedants and Dabbler statisticians, the 100 score does include one repeat.

7 thoughts on “For your pleasure – Mahlerman’s Centenary Special”