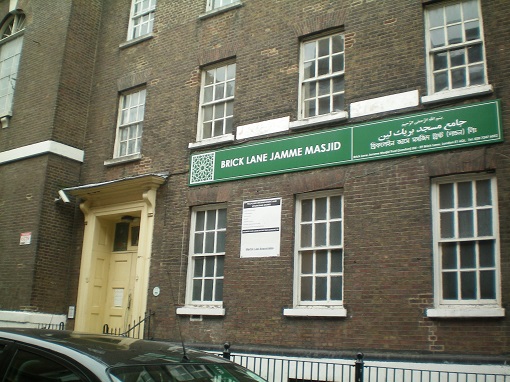 David Long’s new book A History of London in 100 Places tells the capital’s incredible history through 100 buildings, details and places, from Roman barges to Boris Bike stations. In the last of three exclusive extracts for The Dabbler, David visits the Great Mosque on Brick Lane…

The United States of America is so often described as a melting pot of many different races, a nation of immigrants, but much the same can be said for London and for hundreds of years it has been true. The evidence is everywhere, but perhaps no single building better describes the way in which successive waves of immigration have changed the face of London and its ethnic make-up than Brick Lane’s Great Mosque.

The building itself dates back to 1743, when as ‘La Neuve Eglise’ it was established by Huguenot refugees who settled in this part of east London after escaping persecution by the French Catholic authorities. The community eventually moved on, many of them to Wandsworth where the borough’s coat of arms still contains three rows of blue teardrops, or gouttes azure, representing the tears and suffering of the dispossessed French. In 1809 their church in east London, no longer needed, was taken over by the Wesleyans, then by a short-lived organization seeking to convert Jews to Christianity, and later by the Methodists.

The next big change came towards the end of the nineteenth century – when east London’s Jewish community declined to convert to Christianity, 59 Brick Lane was reconsecrated as the Machzikei Hadas, or Great Synagogue. In this guise it was to serve another large and important influx of refugees, this time of escapees from Tsarist pogroms and then from Nazi Germany.

Once again the change of use was to be temporary, and as these latest arrivals moved into more prosperous areas of north London their place was taken by yet another new wave of immigrants. This time they came from the Indian subcontinent, chiefly people from Bangladesh who came in search of work and found it in what was still then a thriving local textiles industry.

By the mid-1970s the Bangladeshi community was numerous, well-established and flourishing. Needing a place to worship they acquired the old disused synagogue in 1976, and remodelled it to suit their own purposes. As a Grade II listed building it has retained its neat, symmetrical Georgian appearance, and regularly accommodating up to three thousand worshippers it continues to serve this part of London as it has done for more than 270 years. 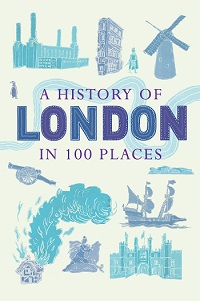 A History of London in 100 Places is published by Oneworld and is available now.

One thought on “A History of London in 100 Places: The Brick Lane Jamme Masjid”