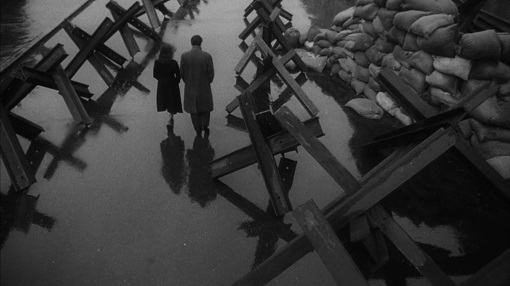 In my last post here I discussed the Olympian position currently occupied by J S Bach, a claim that few could reasonably challenge; but the sun did not always shine upon this redoubtable genius.  Remind yourself of his achievements and then consider, if you will, that upon his death in 1750 he was quite well known inside Germany, virtually unknown without.  Then consider that, just a few years later, the mild esteem in which musical Germany had held him, simply evaporated.  He was still revered by a few choice souls, such as Mozart and Samuel Wesley, but even finding any of Bach’s music was difficult or impossible.  We have to skip forward around one hundred years to the archaeological work of Felix Mendelssohn, in preparation for the first modern performance of the St Matthew Passion, before there is a glimmer of a revival.  But a revival there was, and the glimmer became a flame in the Romantic Era, and has expanded, pretty much unchecked, in the almost 200 years since.  If, therefore, it is possible for the very greatest to dip ‘out of fashion’ ( as did Handel, another colossus, just as the Bach revival was beginning), what chance is there for lesser talents to emerge from the swamp of obscurity?

Today, a very personal choice of composers who, I feel, should be better known than they are.  Perhaps there are Dabblers out there in the ether who have an ‘unknown favourite’ top-shelf composer of their own?  If yes, don’t be shy  – let us share your little secret.  If you think Richard Hol should stop circling the toilet and emerge into the mainstream, let’s hear why.  And if you have a thing about Xaver Scharwenka, now could be the moment to unload it onto the world.  You’ll feel better afterwards.

Few would dispute that the Canadian-born American Henry Brant, who died in 2008 at the age of 94, was a maverick.  He will be remembered, if at all, as a pioneer in the composition, and performance, of so-called Spatial Music – put simply, music that, instead of being performed or ‘received’ from a position in front of the listener, can be received from many points, even behind you.  It is not as wacky as it sounds, and the blending of musical sources (which are just clusters of compressed air, after all) takes an expert understanding of how sound travels, particularly in a confined space and, even more particularly, how it can be tamed outside, in God’s open air.   It is, believe it or not, quite a crowded arena.  Armies of kaftan-clad beardies are wandering through California, anxious for us to lend them an ear; most of them are worse than poor.  However, Brant was not one of their number.  He could play almost any instrument, trying, he once joked, to learn a new one every year.  He was a brilliant orchestrator, working for film composer Alex North and jazzman Gordon Parks, as well for major classical artists like Aaron Copland and Virgil Thomson.  And – a big plus – his own music was tonal, and had a distinctive ‘feel’ and timbre of its own.  Here is the short second part of his moving Tone Poem On The Nature of Things (1956).   Yes there are influences – Copland I can hear, and Charles Ives – and the tinkling tintinnabulation of Gamelan bells is there.  But the voice, to me, is like no other, and I want to hear more, soon.

Some Dabblers may have caught my post a few weeks ago on the great(est) Danish composer Carl Neilsen – but I’m not sure that his countryman and contemporary Rued Langgaard has not, perhaps, a greater claim on our attention.  More prolific certainly, with more than 430 works to his name, including 16 symphonies, and without question, an original thinker, although without the revolutionary confidence of Nielsen.  His Music of the Spheres had a UK premiere a few years ago at the Proms, and made a huge impression, and his only opera Antichrist, awaits the haul out of obscurity that it surely deserves.  Here, the quiet beauty of the slow movement Lento Religioso quasi adagio from his Symphony No 2 (Awakening of Spring), dating from around 1912, when the composer was still a teenager.

The first thing you might notice about the music of (Sir) Andrzej Panufnik is the intensity of expression.  Everything sounds and feels worked-out, to the smallest detail (which it was), with nothing left to chance.  And although the centenary of his birth falls later this year, I have to admit, to my shame, that I have never heard a note of his music in the concert hall.  He formed a small part of my musical education in post-war Coventry by following Rudolf Schwarz as music director of the City of Birmingham Symphony Orchestra, but I was too young to know anything about his amazing life, or of his brilliance as a conductor.   Born in Warsaw at the start of the Great War, he eventually defected to the UK in 1954, and lived almost entirely in Britain until his death in 1991, shortly after receiving a belated knighthood.  The details of his extraordinary life, will have to wait for a later post – perhaps on his birthday.   More important is his music, which often has a magical quality, not least the present piece, dating from 1962, and revised a few years later, Autumn Music.  The strange, spooky soundworld is partly explained by the instrumentation: a normal string section, but minus violins;  a harp, piano & celesta; 3 flutes, 3 clarinets, and percussion.  This music is never heard, and I’m at a loss to know why?

Back in 1992 a record of the Symphony No 3 by Henryk Gorecki was released that, in the mournful lament of its second movement, caught the imagination and heartstrings of the record buying public, as well as stimulating the commercial instincts of the executives running Classic FM.  The result was the biggest selling classical album of all time, with well over one million copies sold, and counting.  This, in a world where sales of 100,000 are considered big, 200,000 a blockbuster.  Could anybody in the classical world ‘do a Gorecki’ again?  Is there a musical ‘Fifty Shades of Grey’ (100 million and counting) out there waiting to be discovered?  Frankly, I doubt it.  But there is a man out there that, with a fair wind, might emerge from the swamp to entrance us.  His name is Mieczyslaw Weinberg (Moishe Vainberg).  Born in the same city as Panufnik (above) a few years later in 1919, he fled at the outbreak of war, not to Britain, as did Panufnik, but to Russia.  He left his family behind and they were burned alive in the Polish camps.  Already a composer, he continued his studies in Minsk and, by 1943 had moved to Moscow at the urging of his great friend and mentor, Dimitri Shostakovich.  The great Russian, in and out of favour for most of his life, nevertheless cast a giant shadow across Soviet music, and this fact may go some way to explaining the virtual eclipse of Weinberg’s oeuvre until recently.  How do you write when you have been a victim of Nazi genocide, WW2 and the Gulag?  Weinberg found a way, and wrote prolifically in every idiom, completing over 40 film scores, including music for the masterful Russian classic The Cranes are Flying (photo above) but, like Shostakovich, his 26 Symphonies, 7 Concerti and 17 String Quartets, form the backbone of his work.  Of the symphonies, I can say that 2, 6 and 19 are undoubtedly masterpieces, and I urge Dabblers, using whatever ‘platform’, to investigate these wonderful works.  As a short sampler, here is the brooding, opening slow movement of the Cello Concerto in D minor from 1948, Jewish influence well to the fore.

3 thoughts on “Bubblin’ Under? Four composers who should be better known”