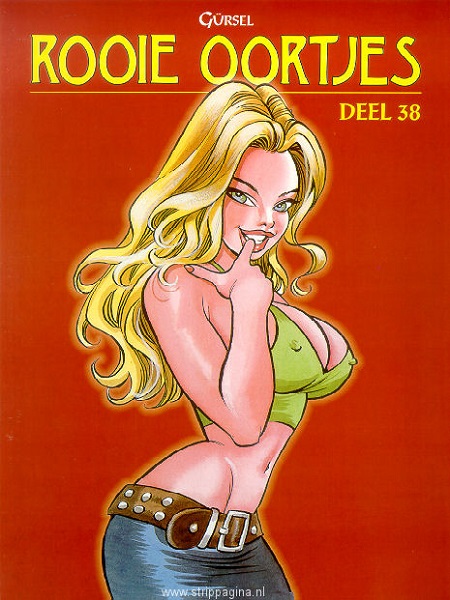 The little girls sat in a corner giggling hysterically over a comic book. Not an unusual sight, until I saw the comic book in question. This happened at a large family gathering in Belgium some years ago and the girls, aged about ten at the time, were my cousins’ children. Seeing me notice them, they offered to show me what was so funny. The Flemish comic book was called Rooie Oortjes, Red Ears, meaning, as I was to discover, that reading it would turn your ears red with embarrassment. It featured rather crude drawings of people having sex. They were all smiling and happy and looked as though they were having a jolly good time. I had lived in America long enough to feel a Puritan surge of shock. Then I noticed my cousin, a doctor and father to one of the girls, smiling indulgently and laughing along with them. It was not hard to imagine how the average American parent would react to this scene. As for my cousin, in America he would probably be arrested for child endangerment. After all, it was just a year since Americans collapsed in paroxysms of horror over the fleeting glimpse of a nipple on TV.

But casting off my Americanized shell, the scene appeared in a quite different light. Here were young girls learning about sex within the safe, loving environment of the family. Learning that sex is a natural, happy activity, not mysterious, forbidden, and shameful.  Rooie Oortjes, for all its crudity, seemed uninhibited rather than pornographic. On the long flight home I found myself wondering how this relaxed, accepting attitude to sex played out in statistics. Americans would no doubt imagine it resulted in teen orgies and all the social ills of a permissive society. But what were the actual teen pregnancy and abortion rates in Belgium? Once home I put on my librarian’s hat and did some research, with interesting results. The rate of teen pregnancy in Belgium was lower than in the U.S. and the abortion rate was far lower than the U.S., in fact one of the lowest in the world. This comparison holds true today. Key to these statistics are mandatory sex education and easy access to birth control.

Abortion is, of course, the hottest of hot button issues in America and it is once again in the news as the Supreme Court considers a case concerning the buffer zones around clinics that are intended to protect women from harassment. On this issue, as on so many others, I often find myself watching the conflict from the perspective of an outsider. It is frustrating to see Americans locked into extreme positions and shouting past one another when other countries have already come to pragmatic compromises on the same issues with positive results. If you are against abortion surely you can support the reachable goal of reducing the number of abortions. Other countries have shown that the most effective way to do this is not to outlaw abortion (according to the World Health Organization that doesn’t work) but to focus on sex education and contraception. But it is an unquestionable premise of the American Creed that we are Top Nation and don’t need to learn from others. And as the arguments become even more polarized, contraception itself is under attack.

So I don’t expect American children will be reading the English language edition of Rooie Oortjes any time soon. But I do hope that Americans can rediscover their lost pragmatism and give up on the wars over ideological purity that are sapping so much of the national energy.

13 thoughts on “Red Ears, or What the Belgians Can Teach Us About Sex”