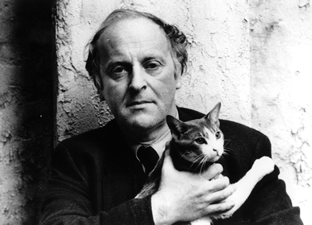 There’s a lot of talk in this world. Indeed, thanks to the technological gizmos on which we now spend so much of our time, we are surrounded by talk. The jibber jabber is constant, whether we get it directly from the mouths of the people around us, or from radio, TV, or the Internet, or our “mobile devices.” It’s a far cry from the days when our ancestors used to run about grunting and tossing spears at wooly mammoths.

I find it exhausting, especially as the overwhelming majority of this chatter is rubbish. For while almost everybody can talk, very few people know how to talk well – perhaps even fewer than any of us could ever have anticipated. At least that’s what I learned yesterday when I discovered the Russian émigré poet Joseph Brodsky’s list of authors a person must have read in order to have a “basic” conversation.

Brodsky’s list is impressive. One might even say insane. There are 83 authors on it, and I found it interesting not so much as a guide to mastering the basics of conversation but rather to gauge how quickly I would bore the great poet in a chinwag were his shade to suddenly materialize in front of me looking for a chat.

Many of the books are standard issue classics, works by Homer, Herodotus, the Old Testament, Plato, Ovid et al. I have read a lot of those guys and even a few of Brodsky’s more obscure choices, such as “The Consolation of Philosophy” by Boethius. So I estimate I could probably bluff my way through about fifteen minutes of interaction with Brodsky’s ghost before the cracks began to show.

Well, maybe they would show a lot sooner. You see, I haven’t even read the first two books on Brodsky’s list, the Bhagavad Ghita or the Mahabharata – although I did once watch bits of an Indian movie based on the latter epic.

Nor have I read “Fourteen Byzantine Rulers” by Michael Psellus. And nor am I likely to. Then there are some very eccentric choices, such as “The Icelandic Sagas,” I do own a copy, but the book is rather long, so I’m saving it for when I’m retired – which, given today’s economic realities, will likely occur sometime around my 85th birthday.

I’m not entirely sure why Brodsky bothered to include Montesquieu’s “Persian Letters” either. I own that too and have even read a few passages but it’s hardly fundamental. Meanwhile, there are many striking absences – Tolstoy, and Kafka, and Dickens and Philip K. Dick. Evidently Brodsky was an anti-science fiction snob. And why isn’t Jeffrey Archer on that list?

OK, you can forget about that last one. Indeed, it’s pretty obvious that Brodsky’s list is not really “basic” but rather a fairly arbitrary roster of cool stuff he had read and wanted to talk about. But given how few people have read all the books on his list, we may wonder if he lived in a state of perpetual loneliness and despair.

I also have a strong suspicion that a “basic” conversation with Joseph Brodsky would actually be rather, well, dull. The list implies that he was a fairly typical representative of the Russian intelligentsia – only on steroids – forever banging on about ideas and books. I knew people like that in Moscow, and found their intellectual status anxiety decidedly off-putting. A friend of mine (and Brodsky fan) spent her entire adult life in such circles, and then at age 50 found that she couldn’t take the tedium any more. She started watching Bruce Willis movies and listening to punk music.

Brodsky’s mistake, and it is a mistake, was to associate good conversation (and by extension, I’d suggest intelligence) with book learning. But just as last week I observed that many intelligent people are not wise, so it is that many well-read people are not interesting. The qualities that make for an interesting conversationalist – wit, originality, experience, verbal dexterity, storytelling ability — cannot be extracted from familiarity with a mountain of books.

For instance, as I was reading about Brodsky’s list in a café, an old geezer came up to me. He had seen me around and wanted to know where he knew me from. I told him nowhere. He then proceeded to tell me that he was 94, and that he had been painting signs for a living for 80 years. Then he told me about the novel he was working on. Then he told me about the ladies in his life. Then he invited me to arm wrestle.

Now this wry, wiry old goat had almost certainly not read the Bhagavad Gita. But his conversation was still pretty good. I might even take him up on his offer of an arm wrestle the next time I see him. Now would Brodsky challenge me to an arm wrestling match? If his shade ever does turn up, I’ll let you know.