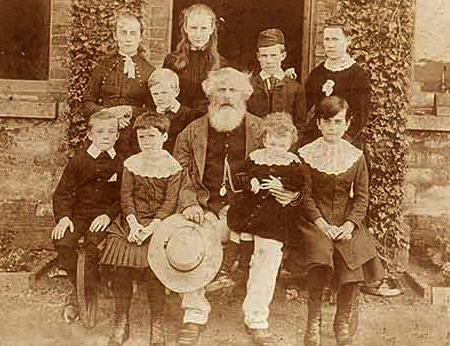 There’s some raw work pulled at the font from time to time, as Bertie Wooster memorably put it. And none have pulled rawer work than the Reverend Ralph Tollemache when it came to his own children…

In the records of the more or less illustrious dead, there are many who are remembered for only one thing – but there can be few whose sole claim to posthumous fame is the extravagantly bizarre naming of their children.

The Rev Ralph William Lyonel Tollemache, born on this day in 1826, was a well-connected Lincolnshire clergyman whose career was remarkable only for a brush with bankruptcy, the result of a dispute with his first wife’s trustees.

The year after that wife died, Tollemache was discharged from bankruptcy and, after a decent interval, he married Dora Cleopatra Maria Lorenza de Orellana, the daughter of an officer in the Spanish army, and launched on a new career of fathering a second brood of children and giving them increasingly elaborate and preposterous names. He also, somewhere along the way, decided to double his own surname, becoming Tollemache-Tollemache. Here’s the list of the unfortunate second brood’s monikers:

Okay – I made that last one up. And now I need to lie down…