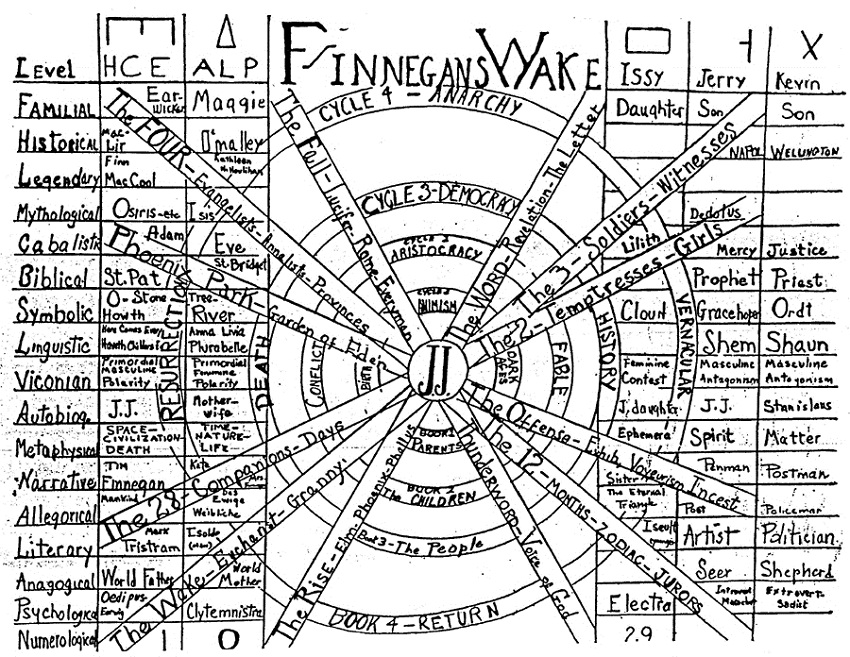 What’s in a name? Introducing Denkof Zwemmen, who knows a thing or two about pseudonyms…

Back in 1963, when I was a smart-ass 24-year-old and had just moved from New York City into a farmhouse near my hometown of Poughkeepsie, and the phone company asked me in what name I wanted my new phone listed, I told them “H. C. Earwicker.” (As any smart-ass 24-year-old Ivy League English major in the late 50’s and early 60’s would have known, “H. C. Earwicker.” a. k. a. “Here Comes Everybody,”  “Haveth Childers Everywhere” and simply “H. C. E.,” is the hero of Finnegan’s Wake.)

From 1963 to the present, with a few gaps of no more than a year or two, I have maintained a listing for H. C. Earwicker in our local phone book here in Dutchess County. Back in the ‘80’s H. C. Earwicker accepted an unsolicited telephone offer for a Caldor Department Store credit card, and ordered one for his wife, Anna Livia Plurabelle, as well. They would shop at Caldor’s from time to time, and I would dutifully pay the bills that came in their names. Even now, about one telemarketer per month calls, asking for “Mr. Earwicker.” I say that he is out of town and, if pressed and I’m in the mood to banter, go on to reveal that he just left for an extended trip to Ireland, which is a shame, because I’m sure he would have been interested in a time-share in a Fort Myers condo.

My 1963 Earwicker phone listing was just another example of a type of occasional hoax which I first perpetrated on an unsuspecting (and forever oblivious) world a dozen years earlier, at the age of eleven, when I used the pay phone at the James Baird State Park Public Swimming Pool to have “J. Alfred Prufrock” paged there, much to the delight of Eddie, Peter, Steve or whichever of my friends (called “eggheads” then, we would be “nerds” or “geeks” now, I suppose) happened to have been parked there with me for the afternoon while our moms played a round on the golf course.

Other manifestations of this literary pretentiousness were the placing of a sign, “Admiral Benbow Inn,” at the top of my driveway in my rural home of thirty years, and much earlier, at the height of my most obnoxious phase of adolescent self-aggrandizement, introducing myself to girls in Tourist Class aboard the Queen Mary (QM I, needless to say), to which I would make my way in the evening from First Class, in which I was traveling with my father, as Hans Castorp.

My tendency to identify with a literary protagonist reached its apex when I was at college and imagined myself the embodiment of Stendhal’s Fabrizio del Dongo, and was in love with a La Sanseverina who not only was married to a most intelligent, cynical and dashing stand-in for Count Mosca, but possessed the same chinless glamour and squeaky voice as my then current cinema heart-throb, Arletty, who played Garance in Les Enfants du Paradis.  This clandestine, thoroughly platonic and one-sided affair, which took place through painstakingly dashed-off sonnets, meaningful glances and an occasional tête-à-tête at a French restaurant, as Stendhalian as could be, came to an end one evening when the lady in question, who perhaps had had a really bad spat with her husband, phoned and said yes, she would come to my apartment. The fiasco which resulted from this clash of reality with fantasy was also as Stendhalian as could be although, unlike Fabrizio, I was devastatingly aware that the debacle I had just taken part in was, indeed, a Waterloo.

After that, I transferred my cinematic affections from Arletty to the cool and modern Monica Vitti and my literary game-playing returned to its original jocular level. Still, along with the kind of boyish glee originally accompanying the incongruity of Eliot’s milquetoast alter-ego being paged through a loudspeaker above the din of the James Baird State Park Public Swimming Pool, in the case of H. C. Earwicker’s telephone listing, there flitted a somewhat more dreamy and romantic notion. For forty-five years I have been expecting a phone call from some literary aficionado, a soul-mate, frankly, who happened to be browsing through the E’s of the local white pages, and wished to express merry admiration for my sophisticated little coup against the philistines.

The closest such recognition ever came was not through H. C. Earwicker’s phone listing, but his registration as a postal addressee. I once ordered in his name a CD by Three Mustaphas Three (a faux middle-eastern ensemble whose parodic inventions were too subtle by half to be appreciated by the world at large, which may be what endeared them to me) and whoever at the record company sent me the CD styled himself, in the return address, “Mr. Finn(again),” which was tremendously thrilling.  Otherwise, there’s been nary a peep.

Once – soon after the television program “Roots” heated up America’s interest in genealogy – I received a plaintive missive from someone trying to trace an ancestor, an Elizabeth Earwicker, who disembarked in New York City from Ireland in the 1850’s. I’m a softie underneath, so while I could have invented an adventurous, scandalous, or eccentric life for the fellow’s Auntie Liz, I simply wrote him back the truth: the name was not a real one, but a literary reference.

I have rung a few changes on the name, a couple of them being H. Carlton Earwicker and Rev. H. Carlton Earwiggherd. The double-g seemed necessary to preclude the name as “Earwigherd” – that is, a shepherd of earwigs – from being pronounced “ear-wired.” I expanded on the initial “H” only once. I don’t know what the statute of limitations is for the crime of filing a fraudulent census form – I hope it is at least thirty years – but in order to test a suspicion that the United States Census Bureau was leaking information to the marketing industry, I added H. C. Earwicker to my 1980 census form as another resident at my address and gave him a first name. I used that given name only on that census form, nowhere else, and awaited junk mail addressed to him. In vain. The American public will be relieved to know that the secret of the existence of H_____ Carlton Earwicker has outlasted even the identity of Deep Throat. (For those who are keeping score at home, you can reduce the total population of the United States in 1980 from 226,504,827 to 226,504,826.)

Perhaps it is time to put an end to H. C. Earwicker’s career as a character in the telephone directory. Although he did not live up to the expectations I had for him, we have had a good run, with some tears and some laughter along the way. I think he may be tired now, and looking forward to his long sleep, as the dark age of ignorance (euphemistically called “information”) closes in and he and Hans Castorp, Fabrizio and Garance, even J. Alfred Prufrock and Jim Hawkins, fade into the mists for a generation or two, or ten, or twenty.

Denkof Zwemmen is said to be l’éminence grise of The Drapers Guild.

4 thoughts on “The Adventures of H.C. Earwicker”