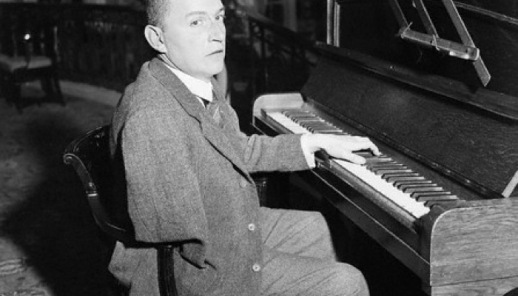 Mahlerman is away this week, but this terrific post from his archive shows that losing an arm need not mean the end of a pianist’s career…

When Paul Wittgenstein woke up in a Russian field hospital in 1914 he was missing his right arm and was effectively a prisoner of war. A shock for anybody, it was particularly so for a promising concert pianist who just happened to be a member of one of the most prominent families in Europe, as well as one of the richest. Paul’s musical talent was more than matched by his younger brother Ludwig, who became one of the 20th Century’s greatest philosophers. The remaining seven siblings fared less well, three dying by their own hand, another in infancy. It is not clear whether the talent that Paul possessed was absolutely genuine; what is beyond question is the determination he demonstrated in continuing a career as a concert pianist when all reasonable logic suggested that success would be a forlorn hope. Eccentricity and vast wealth must have helped, and perhaps the memory of Brahms, Strauss and Gustav Mahler playing in the music room of the palace in Vienna that he called home.

Based upon the recorded evidence, admittedly from later in his life, he was nothing special at the keyboard; his legacy, his ‘keyboard of the imagination’ (a phrase conjured by Ludwig) is that he made it his business to contact dozens of composers to request, for huge fees, compositions that recognized his unique loss. There followed an impressive list of good and great music from Paul Hindemith and Richard Strauss, Prokofiev in Russia, and our own Benjamin Britten. But the unquestioned masterpiece emerged from the fastidious and refined pen of Maurice Ravel, a full concerto for left-hand. Unfortunately Wittgenstein, a prickly and unworldly man, decided to tinker with the score, and there was a falling-out, never to be resolved, and this set a pattern for other collaborations that began well, and later fell apart in acrimony. I urge dabblers to seek out the whole of this wonderful single-movement piece; here, the magical Cadenza played with complete authority by Ivan Ilic.

Born on Christmas Day 1871, Alexander Scriabin considered himself to be a messianic figure, and 100 years ago the vogue for this maniacally conceited Russian had reached its apogee. The highly perfumed sound world he created was layered by a multitude of eccentric beliefs, including a synesthesic linking of colour and sound. A brilliant pianist, an over-enthusiastic practice session ended a promising career by damaging his right hand more or less permanently, steering him toward composing exclusively. Here, the Dane Mogens Dalsgaard plays the early left-hand Nocturne.

The name of Simon Barere is today unknown outside of a small group of piano nuts, but this magician of the keyboard was spoken of in awe by the likes of Horowitz and Rubinstein. Born in Odessa, as were so many great Russian instrumentalists, he was the eleventh of thirteen children born into a modest, unmusical family. He studied with Annette Essipova and later, along with Horowitz, with Felix Blumenfeld, whose marvellous left-hand Etude he plays here. Not note-perfect as you will hear, but for string-of-pearls beauty of articulation, I doubt you will hear his equal this side of heaven.

Whilst you are this side of heaven, try and catch the French-Canadian composer and pianist Marc-Andre Hamelin, aged just 50, he already has a legendary status in the musical firmament. In a world of super-virtuosi he seemingly has a technique that frees him to become the great musician that he is today. It is hard to imagine that piano playing can get any better than this – and the touchstone, as so often, is not the dazzling finger-work, which can be taken for granted, but the almost unbelievable range of colour and tone that he can coax out of a Steinway. Here, after Tchaikovsky, the quite beautiful left-hand Etude No 7 ‘Lullaby’ by the pianist.