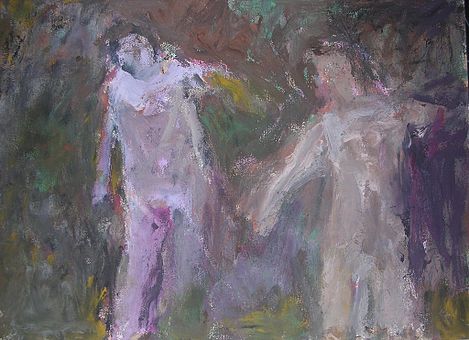 Few will argue that the 19th Century became a Golden Age for Russian Literature, and similarly it was not until around the 1860’s, after the death of the so-called father of Russian music Mikhail Glinka, that a true symphonic language emerged with the first symphonies of Tchaikovsky and Borodin. The 20th Century produced Rachmaninov and Scriabin at its birth and later Prokofiev and Shostakovitch, but at the death of that great master in 1975 the field was thin indeed. I, for one, expected this turbulent race, fighting or revolting, starving or collapsing, to continue producing great composers into the present century but, with a handful of exceptions, this has not happened. Today we take a look at some of those exceptions.

Although an acknowledged admirer of Dimitri Shostakovitch, the Ukrainian Valentin Silvestrov treads very much his own unique path. The pianist Alexei Lubimov remarked that ‘there is so little in the lines, but so very much between them’, and this is surely the key that unlocks this very personal music. Unlike anything heard before it (except perhaps Schubert), La Belle Dame Sans Merci, from the cycle Five Songs, on a poem by John Keats, hangs in the air like a wraith, shadowy and insubstantial. You will wait in vain for the static air to move, for some sense that you are being led somewhere; you are not. It would not achieve the devastating finality we hear in this recording without a voice such as the baritone Sergey Yakovenko and his magical partner, the pianist Ilya Scheps. Listen and weep.

The Soviet composer Alfred Schnittke who died in 1998, also admired Shostakovitch, and though born in Engels in the Lower Volga, he was from German-Jewish stock. He developed close friendships with the leading string players in Russia, writing a marvellous Viola Concerto for the violist Yuri Bashmet, violin concertos for Gidon Kremer, and two ‘cello concerti for the late Mstislav Rostropovich. His monumental first symphony put him on the musical world-map, and between strokes and other illness, he composed music in every form, including opera. Almost impossible to sample such complex works in our limited time-format but here, from the hauntingly simple Piano Quintet of 1976, the spooky final fifth movement Moderato Pastorale played by the composer’s wife Irina with the violinist Mark Lubotsky.

The poet, virtuoso pianist and composer Lera Auerbach was born in Chelyabinsk in The Urals almost 40 years ago, but today she lives in America. Something of a prodigy, she composed her first opera at the age of eleven, going on to become one of the last Russians to defect to the West when, at the age of 17, she decided not to return home from studying at the Julliard in New York. Her compositions sound very much like work in progress, but I sense that in the years ahead she may develop into something quite special. Here, in a rather poor recording of a public concert, the second movement Post tenebras lux from her First Symphony ‘Quimera’.

Another emigre to the US from Russia was Milton Resnick [above ‘Untitled’ 1990. Acrylic on Paper] whose marvellous, mystical abstracts serve as a backdrop to Morning Prayers, for Chamber Orchestra & Tape (a boy’s voice) by the great Georgian poet of sound Giya Kancheli. This devotional music is the first part of a four-part cycle from the early 1990’s titled ‘Life Without Christmas’. Much of Kancheli’s orchestral music is littered with influences, both from Georgian folk song and, more obviously, from his great compatriot Shostakovitch – but it possesses an unpredictability that has become something of a fingerprint in his work; long passages of calm contemplation punctuated by short, sharp shocks of violent interjection. Even here, while striving for a kind-of religious ecstasy, be ready for a couple of surprises. I make no apology for including this piece which, at twenty-three minutes is by far the longest post I have made in an almost three year odyssey; I couldn’t bring myself to cut any part of it.

8 thoughts on “Russian Music – Beauty Out of Chaos”