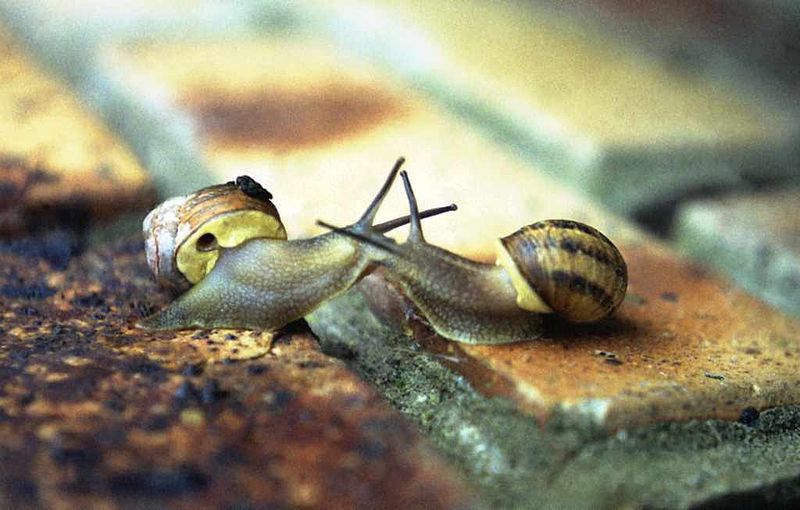 Here we are with our smart phones and our ipads looking all cool on the internet, when all along we could have been connecting via a snail-based social media…

The pasilalinic-sympathetic compass, also referred to as the snail telegraph, was a contraption built in an attempt to prove the misguided hypothesis that snails create a permanent telepathic link when they touch. The belief was developed by French occultist Jacques Toussaint Benoit and colleague Monsieur Biat-Chretien in the early to mid 19th century.

The two men rather hopefully believed that when two snails make contact, a special type of fluid forms a link between them. This fluid forms an invisible thread that keeps the snails in “sympathetic communication” through the contemporaneous notion of animal magnetism. Though this implies some form of physical link between the two snails it was still referred to as “telepathy”. The supposed telepathic bond between the two snails was imagined to have no physical limit, thus making communication possible over any distance. By touching one half of the snail partnership it was suggested that the other snail would sense the contact and would move.

Benoit built an apparatus to test his theories, consisting of a square wooden box containing a large horizontal disc. In the disc were 24 holes, each containing a zinc dish lined with a cloth soaked in a copper sulphate solution; the cloth was held in place by a line of copper. At the bottom of each of the 24 basins was a snail, glued in place, and each associated with a different letter of the alphabet. An identical second device held the paired snails. To transmit a letter the operator touched one of the snails. This caused a reaction in the corresponding snail which could be read by the receiving operator. 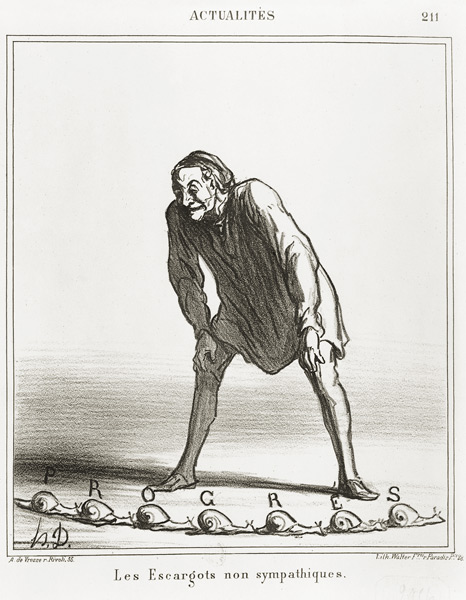 Short on cash, Benoit persuaded Monsieur Triat, manager of a Paris gymnasium, to give him lodgings and an allowance to build his working model, having impressed upon him the importance of his discovery. After a year Triat’s patience grew thin and he demanded to see the prototype in action.

On 2 October 1851 Benoit invited Triat and friend Jules Allix, a journalist from La Presse to see his creation. He first asked Triat and then Allix to stand at one station, separated by a curtain across the room, and to spell out a word – he would then tell them what the word was by reading from the receiving end. However, he continually walked between the two devices and Triat began to suspect that it was a hoax. Allix was convinced by the demonstration and he wrote an article full of praise for Benoit’s creation which appeared in La Presse on 27 October 1851:

…snails which have once been put in contact, are always in sympathetic communication. When separated, there disengages itself from them a species of fluid of which the earth is the conductor, which develops and unrolls, so to speak, like the almost invisible thread of the spider, [but] the thread of the escargotic fluid is invisible as completely and the pulsation along it as rapid as the electric fluid.

Triat demanded a second, stricter test to which Benoit agreed. When the time came though Benoit had vanished, and he died destitute on the streets of Paris less than two years later.

4 thoughts on “The Snail Telegraph”