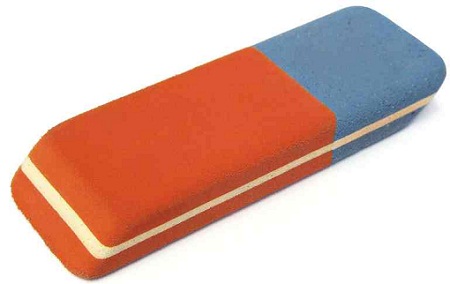 Rita recalls the most embarrassing incident of her life…

Americans still hear my English accent, but in England people think I’m an American.  In truth my accent must be hovering somewhere in the mid-Atlantic after so many years immersion in the American dialect.  It takes a long time for an accent to change.  I still say “ban-ah-na” and “tom-ah-to” much to my young grandsons’ amusement.  But after being put in charge of library work schedules years ago I did quickly change over to saying “skedule.”  I had to say the word so many times in the course of a day that “shedule” just began to sound pretentious to my own ears.  As a new supervisor there was no advantage in conforming to the stereotype of a haughty, condescending Brit.  But for the most part accents change unconsciously and imperceptibly like rocks polished to smoothness over millennia of tumbling in a riverbed.  You land on a foreign shore speaking precise, clipped BBC English and then journey back years later to find yourself taken for a foreigner in your own hometown.

Vocabulary, on the other hand, changes very quickly.  Humiliation is a great teacher.  In my first weeks in America I was always getting myself into embarrassing situations because I just didn’t know the correct words for things.  Worse, I didn’t realize that the English words I used meant something quite different in the American language.  I was a smoker at the time and followed the English custom of offering my cigarette pack to the group I was with before taking one for myself.  Naturally I said what I had always said in this situation: “Would you like a fag?”  I was confused when they all broke into nervous laughter.  I had no idea what so amused them.  Finally some one took pity on me and explained that in America “fag” is a slang term for a homosexual.  (The word “gay” was not yet in wide use on either side of the Atlantic).  “Fag” is a slur on a par with use of the “n” word for black people.  I blushed and avoided talking too much for the rest of the evening.  What other verbal traps were lying in wait for me?

The nadir of my miscommunication experiences occurred on a sunny morning in Berkeley.  I walked up Telegraph Avenue and paused at a cross street to wait for the “walk” sign.  Glancing down I caught the gleam of something bright in the gutter amid the usual flotsam of trash and cigarette butts.  I stooped to pick it up and found myself holding an elegant silver pen with a fine engraved design on the cap.  It looked like the kind of pen you twist to extend a pencil lead from the tip.  Except in this case when I twisted it a cylinder of rubber protruded from the tip.  How unusual, I thought, pocketing my lucky find.

Later that morning I was again walking along Telegraph Avenue, this time with my boyfriend.  We paused at a crowded crosswalk and waited for the light.  I suddenly remembered about the pen and took it out of my pocket to show my boyfriend.  “Look,” I exclaimed in a loud, excited voice, “I found this beautiful silver rubber in the gutter and it’s hardly been used!”  My boyfriend’s mouth hung open with an expression of amazed incredulity.  He tried to speak but just stuttering laughter came out.  Around me I heard stifled giggles and realized everyone in the vicinity was staring at me.  Once again I had that sinking feeling that I must have said something wrong, but I had no idea what.  We walked on and when he regained his composure my boyfriend explained.  In America the piece of rubber used to rub out pencil marks is called an “eraser.”  A “rubber” is a condom.  You might well expect to see a condom in a gutter.  I had just announced to everyone within earshot that I was thrilled to find a “hardly used” condom! I could only pray that I would never see any of those people at the crosswalk again.

I instantly erased the word “rubber” from my vocabulary.  But the dreadful, cringing embarrassment of that moment will never be erased from my memory.

39 thoughts on “How I Learned to Speak American”