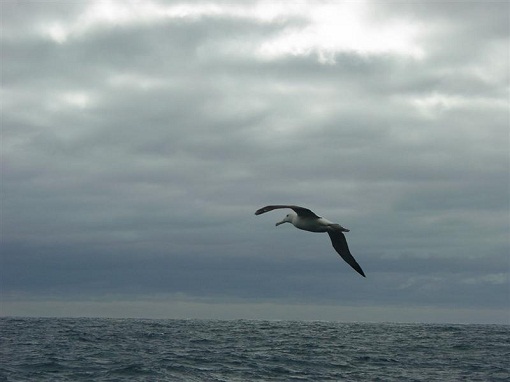 In his meanderings through the internet’s musical parts, Mahlerman has unearthed many obscure gems that, while perhaps not fitting into a theme, nonetheless deserve their moment in the sun. Here are four…

When I began this fortnightly blog column a couple of years ago I had no real idea of what it should be or, for that matter whether it would actually serve any useful purpose. I was saved in my reverie by the distant memory of the teacher in my primary school who took a shine to me (in those far off days it was possible for a teacher to behave in such a manner without running the risk of being called into the headmaster’s office for a ‘little chat’). Knowing, as he probably did, that my mother was a very early example of the ‘single mum’, he took it upon himself to offer me, the fatherless child, an education in the art that meant most to him, and that art was music. And perhaps without knowing its later significance, the first piece he played to me on his ‘gramophone’ was Danse Macabre by Camille Saint-Saens. This slight piece, barely 10 minutes long, captivated me. In sound, it evokes a midnight scene in perhaps a graveyard, set in motion by twelve chimes, with skeletons rising from the tombs and clattering about in waltz time. A short story told without words; I was gripped. And from that moment, to a greater of lesser degree, the music that has meant most to me, has had a narrative drive – for me. For the bloke sitting next to me, a Bruckner symphony might be just an hour long collection of notes. For me it is a story unfolding slowly, even if I know what is coming on the last page. And it is not always the same story.

What I hope I have been able to do in these 50+blogs is introduce that same excitement I felt all those years ago in short trousers. What I certainly have been able to do, is broaden my own knowledge of the limitless horizons of serious music and, by grubbing around searching for decent musical examples (not too long, not paired with banal visuals), I have discovered dozens of wonderful pieces, often composed or played by people I had never heard of – and as they simply did not fit into any of the themes I conjured-up, they have been collecting dust these two years in my out-tray. Today, just a handful of these misfits…..

I knew the Ukrainian composer and pianist Valentin Silvestrov (b. 1937) from just one work, his deeply felt Fifth Symphony. But nothing prepared me for being dumbfounded by his song cycle Silent Songs (1974-75). The model, if there was one, seemed to be Schubert’s bleak Winterreise (in fact one of the songs is called ‘Ode: Schubert on Water) but as I pushed on through the collection I was reminded, weirdly, of that endless chord that presumably George Martin tagged on to the end of the Beatles’ song ‘A Day in the Life’. The texts of the 24 ‘songs’ are by variously Keats, Shelley, Pushkin, Lermontov and Shevtschenko, and to say that the words are ‘sung’ by the great Russian baritone Serguei Yakovenko doesn’t begin to describe the whispered half-voice that he employs over the near two-hour span of this cycle, and particularly here in the fifth, A Dream: Farewell O World! Farewell O Earth drifting, as does the whole collection, in a pianissimo misty dusk. Extraordinary.

So taken am I by the music of Silvestrov, and so sure that many dabblers will be similarly transported, I couldn’t resist including part one of the two movement Diptychon (1975) for Mixed Chorus, The Lord’s Prayer. The uniquely transparent sound and the gently shifting harmonies had me pinned to the seat. A nod here to the wonderful Latvian Chamber Choir who demonstrate perfectly Silvestrov own description of this music as ‘a response to, and an echo of what already exists’.

The son of a Baptist pastor in rural Latvia, Peteris Vasks (b. 1946) has, like many musicians from the Baltic region, followed his instincts, cultural and historical, and has tried to create a musical language from those often conflicting influences. The tortured history of Latvia under the Soviet yolk is mostly put to one side, in favour of a meditative optimism for the future, often dealing with the relationship that humanity has with the natural environment, the beauty of that fragile world, and the ease with which it can be destroyed. The present piece Plainscapes, embodies all of those themes and seems, to these ears, to be a small masterpiece. The soloists here are the Argentine ‘cellist Sol Gabetta and the sometime concertmaster of the Berlin Philharmonic Guy Braunstein. Did whistling ever sound as poetic as this?

By the time I had an opportunity to hear the great German bass-baritone Hans Hotter in the flesh, it was in the non-singing role of the speaker, in Arnold Schoenberg’s massive bran-pie cantata Gurre-Lieder, but even in this dud role, and well into his eighties, the presence and declamation was memorable and moving. But it is said that anybody fortunate enough to hear him in his prime – in lieder, or in the great Wagner roles of Sachs or Wotan – will never forget the experience. Here, in the transfixing ‘sunset song’ by Franz Schubert, Im Abendrot (D.799), he is joined by an artist of equal stature, the incomparable Gerald Moore.