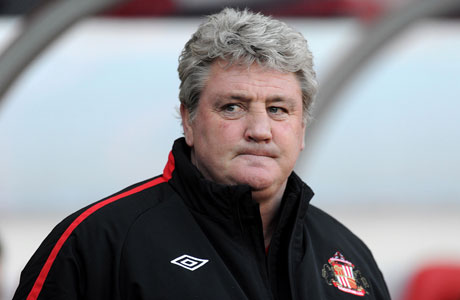 Nige noted the other day that E L James, in That Book, signals a character’s grasp of High Culture by inserting into the text mini-lectures to demonstrate his erudition. This seems to me a splendid narrative technique. If only a novelist of the calibre of Steve Bruce were to deploy it . . .

Terry Barnes was in his bedroom. You could tell it was the bedroom, he reflected, because the main item of furniture in it was the bed. There was a woman on the bed, tied up. She was his girlfriend.

Tony Barnes was standing in the bedroom by the IKEA bookshelves. He had just taken from the shelf a thick leather-bound book which he was leafing through.

“It’s one of my collection of leather-bound copies of Rothman’s Football Yearbook,” he said.

“You have much to learn, my dear,” said Terry Baines. Carrying the leather-bound book, he walked across the bedroom carpet and sat on the bed.

“Will you teach me?” gasped his girlfriend, straining at her silken bonds.

“I will,” he said, “Consider for example Nobby Stiles, born 18 May 1942, full name Norbert Peter Stiles MBE. He was born in Collyhurst, Manchester. Stiles played for England for five years, winning 28 caps and scoring 1 goal. He played every minute of England’s victorious 1966 FIFA World Cup campaign. His best performance in an England shirt was probably the semi-final of that tournament against Portugal, where he was given the job of marking the prolific Eusébio. His tough performance resulted in Eusébio being practically nullified for the entire game. Stiles also played very well in the final, which England won 4–2 against West Germany. His post match celebration has become one of the most famous images in English sport history. The sight of Stiles dancing on the Wembley pitch, holding the World Cup trophy in one hand and his false teeth in the other, has lived for decades.”

“Or consider Hamilton Academicals,” said Tony Baines, “Hamilton Academical F.C. were formed in late 1874 by the Rector and pupils of the local school, thus the unusual name, but they are known universally as The Accies. The club became members of the SFA soon after and began competing in the Scottish Cup and Qualifying Cup and in the early years most games were friendlies or localised cup ties. Membership of the Scottish Football League came in November 1897 when Renton, one of the major clubs in the early days, were forced to resign and Accies were invited to take over their fixtures. Although Accies went on to win the Second Division championship in 1904 they were not promoted to the First Division automatically as promotion was still by invitation at that time. However, they did make the step up shortly afterwards.”

Tommy Barnes closed the leather-bound book and placed it on the bed in the bedroom where his girlfriend was lying tied up.

“I have a complete set of Rothman’s Football Yearbooks, bound in leather,” he said, “That is the kind of man you are dealing with.”

The atmosphere in the bedroom was so tense you could have cut it with a butter-knife. Tommy Baines had several butter-knives in his cutlery drawer, but the drawer was in his kitchen, downstairs.

3 thoughts on “Fifty Shades Of Bruce”