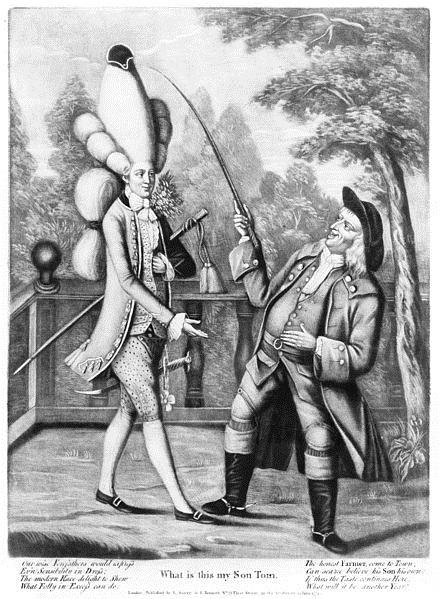 Jonathon Green begins a new series looking at how English slang has treated those funny foreigners. First up, a crack at the Italians…

Unlike the Spanish, the Dutch and the French, the Italians have never rejoiced in that ever-popular role; Britain’s National Enemy. There are doubtless reasons – no pre-20th century wars, perhaps – but it has meant that the Italians have thus been deprived of the lexicon of loathing pertaining to what UKIP probably still see as Europe’s very own axis of evil. We are limited to gross sexual innuendo. The Neapolitan bone-ache, with its loose grasp on male anatomy and Italian tricks (also sin), the playing of which brands the entire race as what the peerless Roger’s Profanisaurus would term ‘crafty butchers’ as regards the delivery of their ‘meat’, and a few sterotypes such Italian airlines, defined as walking. Italian quarrel, which is poisoning, and the Italian football, which is a bomb, round, fizzing and black and de rigeur for the fashionable anarchist, along with the equally stygian cloak and floppy hat.

No stereotypes, that is, but one: what Italy is all about is food. Catherine de’ Medici’s chef taught the French all they know, and Chiantishire becomes more so every year. By the standards of nationalist excoriation, it’s all rather affectionate.

Food number one being pasta. Pasta, literally paste, i.e. flour moistened with water or milk and kneaded; it comes from the Greek πασταί: barley porridge, via a Latin use that meant ‘a small square piece of a medical preparation’. The usual story is that Marco Polo brought it back from China, where it appeared in the form of noodles, at the end of the 13th-century but the reality is that Italy, Germany, France, Japan, China and Korea all lay claim and all cases rest. Still, pasta proper is Italian and its two best-known varieties – spaghetti and macaroni – have become synonymous with Italians too. Spaghetti itself, plus spaghetti-bender, spaghetti-eater, spaghetti-head and the abbreviation spag all mean Italian. Spaghettiland can mean Italy while an Italian special, or less affectionately a wop special, means a dish of spaghetti in the world of short-order cooking. Yiddish lukshen, noodles, means Italian, as does ice-creamer, from ambulant gelati salesmen, as did the once self-evident banana peddler and baloney-bender which refers to Bologna sausage. Wop is not culinary, merely derogatory. It probably comes from Latin uappu, literally bad wine and by extension, and used as such by Horace, a good-for-nothing. This was adopted in Sicily where guappu meant arrogance, bluster and unpleasantness and was used by immigrants to the US to characterize their Italian work bosses. The work they did was ‘guappu work’ and guappu metonymized to mean the worker. Clipping guappu to guapp’ we have wop. We also have the rhyming slang grocer’s shop.

Back to the kictchen. Pasta with garlic-flavoured sauce becomes an Italian hurricane (the garlic itself is Italian perfume which makes Italians garlic-eaters and garlic-snappers – their Irish Catholic ‘cousins’ being mackeral snappers). All this gives you pasta-breath, another term for Eyetie or ’tally. The Gravelly Hill intersection outside Birmingham, otherwise Spaghetti Junction, does not as I recall involve pasta, nor, again from memory, did any spaghetti western. The Italian hero, similarly uncredited in any of Sr Leone’s movies, is a large sandwich made of two slabs of bread cut lengthwise from the loaf and containing a variety of ingredients. The name comes from its ‘heroic’ size and the suggestion that it thus required ‘a hero’ to finish one. Others disagree but their suggestions are too coarse for a family blog.

I have not forgotten macaroni. I remember it in matt blue paper packets and covered in a cheese sauce which was certainly not parmesan, nor indeed was there garlic, a comestible that had yet to penetrate the East Midlands of my youth. Linguistically it boasts the longer pedigree. It crossed from the Italian kitchen into the English dictionary with the institution of the Macaroni Club, which, as Lord Hertford explained in 1764, is composed of all the travelled young men who wear long curls and spying-glasses. ’ The travelling, suggests the OED, probably gave the members a taste for foreign foods, hence the name. They dressed extravagantly [see cartoon above – Ed] – towering blue-powdered wigs, red high-heeled shoes – and gambled for high stakes. Their club, Almacks, became today’s Brooks. The essayist Joseph Addison attempted to make a link with another Italian word, maccherone in its senses of ‘blockhead, fool, mountebank’ but it does not exist; Addison was perhaps writing facetiously. The macaroni, delighted as he was in his own image, was never popular. In 1770 the Oxford Magazine noted that ‘There is indeed a kind of animal, neither male nor female, a thing of the neuter gender, lately started up amongst us. It is called a Macaroni. It talks without meaning, it smiles without pleasantry, it eats without appetite, it rides without exercise, it wenches without passion’; Horace Walpole, in 1774 when the craze had passed, noted that ‘They have lost all their money…and ruin nobody but their tailors.’ By the end of the 19th century it meant no more than ‘an over-dressed, or gaudily-dressed person’, an effeminate fop. More recently the term has dropped all references to fashion and like spaghetti means simply ‘an Italian’. In Australian slang it has meant nonsense or meaningless talk.

Then there is the wine, traditionally home-made, which gives grape-stomper. Purple death, red ink and best-known, dago red (also the chaplain in MASH). This latter comes from dago, from Spanish Diego, i.e. James, and thus usually applied to a Spaniard but which, like greaseball, can also denote a guinea (there is also guinea red), who started off life as black (coming from the Guinea Coast) but was transferred to the Latins. Thus the guinea stinker, a cheap, malodorous cigar, the Italian district of Guinea-town and the guinea football, a bomb but more likely a large firecracker.

Spick, again somewhat all-purpose, probably comes from spiggoty, which takes us back to spaghetti or the immigrant’s apology: ‘no spicka de English’. Australia, ever-creative,took this phonetic wit a step further. The once-popular resturants, run in the 1920s by new Italian immigrants and selling steak and oysters, were steakadahoysts. Ragazzi e raggazze: Buon appetito!