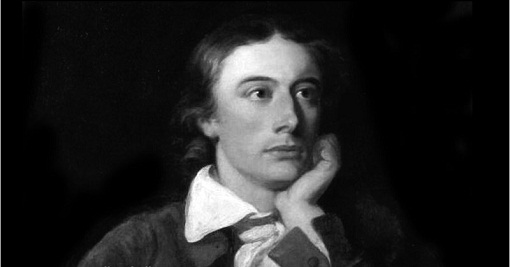 Nige marks the anniversary of the death of Keats…

It was on this day in 1821 that John Keats died in Rome, with Joseph Severn at his side. Rather than rehearse that heartbreaking scene, I’ll mark the day with the last poem he completed, the finished version of which was in the volume of Shakespeare’s poems he took with him to Italy.

Bright star, would I were stedfast as thou art–
Not in lone splendour hung aloft the night
And watching, with eternal lids apart,
Like nature’s patient, sleepless Eremite,
The moving waters at their priestlike task
Of pure ablution round earth’s human shores,
Or gazing on the new soft-fallen mask
Of snow upon the mountains and the moors
No–yet still stedfast, still unchangeable,
Pillow’d upon my fair love’s ripening breast,
To feel for ever its soft fall and swell,
Awake for ever in a sweet unrest,
Still, still to hear her tender-taken breath,
And so live ever-or else swoon to death.

In my reading of Keats’s letters I came across the seed from which that great sonnet grew – in 1818, on his walking tour of the Lake District, he writes how the lakeland scenery ‘refines one’s sensual vision into a sort of North star which can never cease to be open-lidded and stedfast over the wonders of the great Power’…