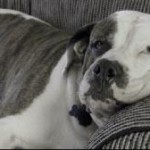 Continuing both the recent nonfuturist and general retroprogressive themes of this blog, this Sunday we have some early electronica and some recent folk music.

Louis & Bebe Barron were an avant-garde husand-and-wife team of what we are obliged by the laws of music journalism to call electronica ‘pioneers’. They used mathematical equations to build electronic circuits which, when overloaded, created weird tonal patterns. Each ‘soundscape’ was unique and they were never able to recreate them. Their soundtrack for Forbidden Planet (1956) is recognised as the first electronic film soundtrack. The album sleeve notes contain some terrific missives from the Barrons, such as “We design and construct electronic circuits which function electronically in a manner remarkably similar to the way that lower life-forms function psychologically” and “We were delighted to hear people tell us that the tonalities in Forbidden Planet remind them of what their dreams sound like.”

Margaret Thatcher turned 85 on Wednesday and, as some wag pointed out, it was nice that she could spend her birthday watching the celebrations of Scousers and miners. Telstar by The Tornados was reportedly her favourite pop song. Written and produced by Joe Meek (a paranoid depressive homosexual drug-addicted murderer and suicide), in 1962 it became the first single by a British band to reach number 1 in the US Billboard Hot 100. The futuristic keyboard sound is a clavioline – an early form of synthesizer…

The Fleet Foxes’ eponymous debut album from 2008 is a work of great and lasting beauty. And, as Nige once pointed out to me, it should really come as a 12″ vinyl LP, the jacket strewn with strands of rolling baccy and crumbs of resin…. There’s a bit of a mini movement in folky, baroque pop in recent years – the Seattle band are the best.

Laura Marling was born in Hampshire in, absurdly, 1990. She was the token folk entry in both the 2008 and 2010 Mercury Music Prize shortlists. I rather like her; the ghostly pallor and otherworldly aura remind me of Bowie.