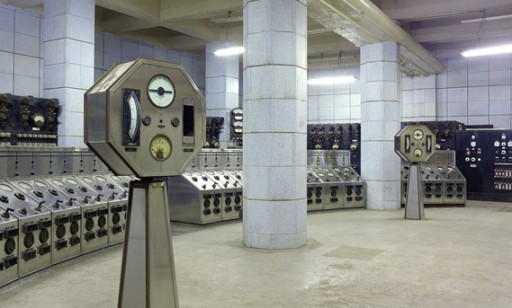 According to Russell Davies the future isn’t what it used to be, even in sci-fi:

It’s hard to miss the missing future in science fiction. Zero History [William Gibson’s new novel] feels like it’s set in the past, actually last year… I went to see Mr Gibson talk last night and he said it might be true that his last three books were a pinhole portrait of the first decade of the 21st century. And it struck me that maybe all his books are that, he’s been approaching them from a long way in the past, imagining what they might be like. Now he’s in them, capturing portraits of the now. Soon he’ll be doing history.

I sometimes think all this talk of atemporality is an abdication of sci-fi responsibility. SF writers seem very keen to deny that they’re writing about the future. They’re not doing prediction, they’re telling us about the now. OK. Well. Pack it in and get on with some prediction.

And it’s not just sci-fi:

I’m also depressed about the lack of future in fashion. Every hep shop seems to be full of tweeds and leather and carefully authentic bits of restrained artisanal fashion. I think most of Shoreditch would be wondering around in a leather apron if it could. With pipe and beard and rickets. Every new coffee shop and organic foodery seems to be the same. Wood, brushed metal, bits of knackered toys on shelves. And blackboards. Everywhere there’s blackboards.

Cafes used to be models of the future. Shiny and modern and pushy. Fashion used to be the same – space age fabrics, bizarre concoctions. Trainers used to look like they’d been transported in from another dimension, now they look like they were found in an estate sale.

I could add a few more fields where there seems to be a ‘lack of future’. Here are a couple.

There’s so little new happening in the fine arts that they’re shamelessly dragooning other forms into service. One of the 2010 Turner Prize entries is a song and another includes a 13-part TV documentary series. These may well be very worthy pieces of art. But it’s not as if there’s not a lot of really good singing and TV going on already, with lots of juicy prizes too. Dedicated, professional people spend a lot of time creating what they already think of as art in these fields. I read that nominee Susan Phillipsz is a poor singer. We have those too.

The other two nominees are painters (well, one of them paints, the other paints and then turns it into sculpture). So, contemporary art, when it’s not cadging off its neighbours, is getting down from the attic all that old kit they decided they’d grown out of.

Then there’s pop music. Now Brit of this parish won’t have it that there’s any qualitative difference between today’s music, that of his youth, that of my youth, and so on back to the blessed eras of Nige and Malty. Now, (stepping carefully) I don’t want to get into that debate. But I do think that music’s relationship to popular culture has changed. There’s been no mass, bottom-up, self-inventing youth movement since Acid House. And I think I’m right in saying there have been no major new musical forms since then either. Culturally, it’s less exciting: there’s just a lot less genuine newness.

So what’s it all about? Take a look at this (from a post here). It neatly illustrates how the rate of technological progress has slowed in recent decades. As the author of the post remarks in the comments:

I remember when I was a boy, I imagined the year 2001 would see me in a hovercraft, watching people fly around jupiter, and talking to my sentient computer. Instead it’s the same as when I was a boy, except I got a TV looking thing in my house which allows me to write letters to people who live far away.

This may be pertinent to Russell’s point about the ‘missing future in sci-fi’: perhaps we exhaust our future-oriented imagination if the present isn’t changing fast enough?

Revolutionary technological change is the most important driver of change in how our lives are lived. It’s probably otiose to point out that, to take one area, that of transport, canals, railways, cars and jets have had totally transforming effects on society. It’s also obvious that technological change itself brings into being new cultural forms such as cinema, radio, TV. It’s therefore inevitable that a slowing in technological progress will result in things changing more slowly in other areas.

But doesn’t this argument sound totally counter-intuitive? We’re constantly bombarded with messages that we’re living in an era of revolutionary technological change. Indeed, when I put this argument to T., a broadcast journalist, she very reasonably asked, what about my office? It looks completely different now to what it did ten years ago, technology has transformed the job. But if we put a bit of perspective on things, the radio bits of her job didn’t even exist sixty years ago; the TV bits fifty years ago. What’s more, has the technological transformation of her working environment affected her life day-to-day? She still goes to the same building and does more or less the same hours, working with the same (but fewer) people.

And how has the audience’s experience changed? OK, it’s easier to record programmes and we can enjoy them on more devices. But this is a marginal increase in convenience compared to the invention of the whole broadcast medium. That really was a revolution that kicked off a whole lot of others (for starters, you can’t imagine The Beatles without TV).

It may be that we hear a lot about rapid technological progress because it’s mostly happening in an industry that’s full of people who are ideally placed to give it lots of publicity: the media. It’s also true that it’s affecting things that we tend to find interesting and exciting, things like books, sex, music, games, films, gossip and ideas.

Should we worry about this? After all, technological progress is a long-term driver of economic growth. Perhaps we’re heading for an era of economic stagnation? I’m not so sure. The world is a big and largely undeveloped place – technology has a long way to go to arrive at the leading edge in most parts of the world. Can we take a rain-check once all African countries have broadband, high-speed rail and nuclear weapons?

If technological progress is slowing it’s probably an unavoidable reversion towards a norm. During most of history mankind experienced very little, if any, technological progress. Most people didn’t assume the future would be radically different to the past. Apart, that is, from believing that the world was going to end – which may be another norm we’re reverting to. 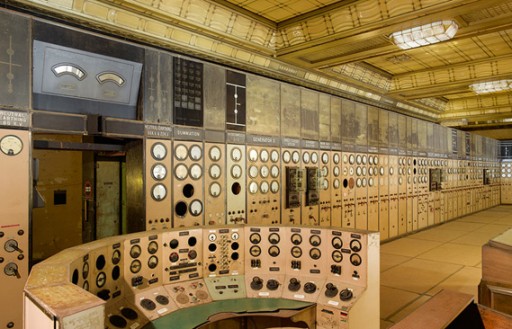