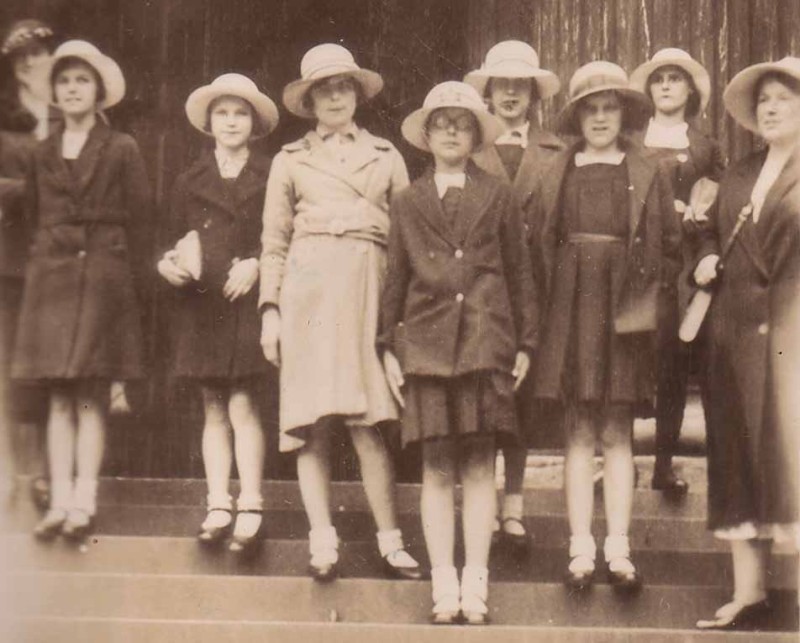 This is another gem rescued from being thrown into a skip. It’s a project book, compiled by a group of Middlesborough schoolgirls in 1935, describing their day trip to London.

The book has no financial value, but I find it touching and enchanting: 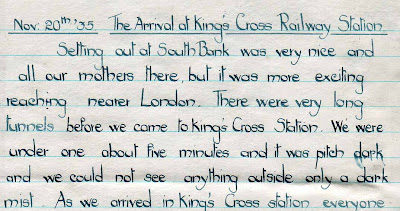 They girls appear to have had a whistle-stop tour of London, visiting St Paul’s Cathedral, Westminster Abbey, the House of Lords, the House of Commons, London Zoo and Trafalgar Square: 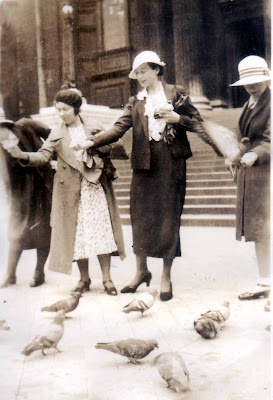 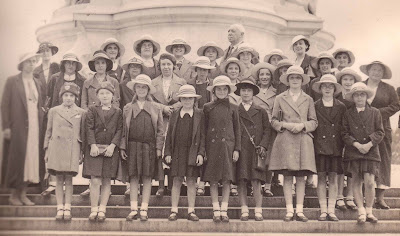 In spite of this exhausting itinerary, they also found time to visit Convent Garden:

But the highlight of their day appears to have been London Zoo: 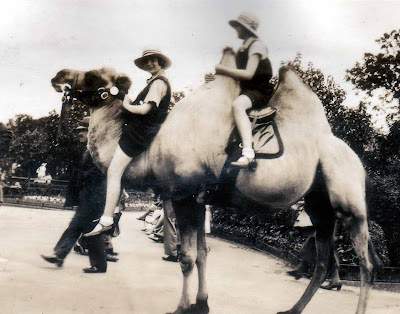 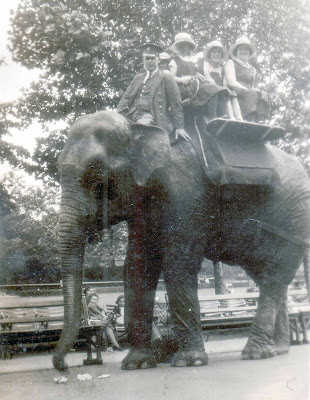 After visiting one historic building after another, the zoo must have come as a huge relief to the girls, although one pupil had an unfortunate encounter with an elephant:

One came up to me called Co-Coal and took a biscuit from me which I was about to eat. I was ever so frightened and I hid be hind my school teacher, Miss Bean because I thought that it was going to eat me, but my teacher said ‘Don’t worry Dorothy, you wouldn’t make a mouthful.’

I’m accustomed to school trips ending in the middle of the afternoon, but the girls from South Bank must have been made of stronger stuff: 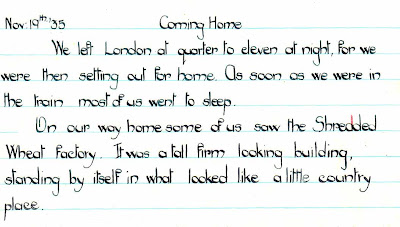 In an age in which there was no television and only the privileged few travelled abroad, this day-trip to London must have very exciting. It is not the thing in itself that is important, but the anticipation, preparation and experience of being part of a group in a different environment.

I had a similar experience on a much smaller scale when I was 10 years old and living in a children’s home. One day we received an invitation to visit the Post Office Tower as special guests and it was one of the most memorable days of my life. I will never forget the moment when we climbed into the back of a London taxi and Sister Davey turned to the driver and said “Post Office Tower, please – VIP entrance.”

Our normal lives were humdrum and routine. The home was run with a military precision and we knew that each day would be like the one before. For one magical day, life felt like a big adventure. I don’t remember much about the Post Office Tower, but the experience of seeing a world beyond our four walls was one I’ll never forget.

If this project book was created in 1935, then it’s possible that some of these pupils are still alive.

I wonder if any of them still remember a terrified Dorothy Williamson, cowering behind the reassuring figure of Miss Bean. 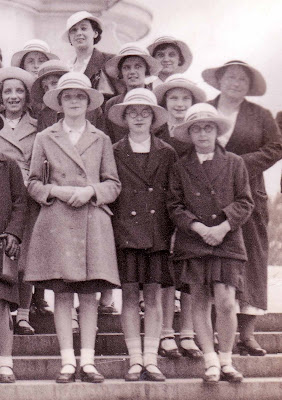 3 thoughts on “A Jolly Day Out in London”