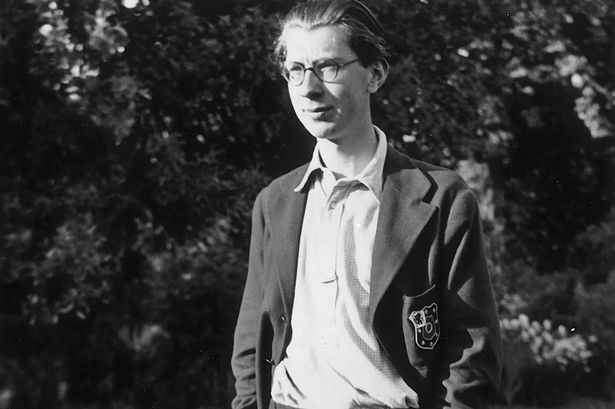 I don’t know what kept me so long away from Philip Larkin’s novels – heaven knows I’ve been reading his poetry long enough. I think I lazily assumed that his two published novels, both written in his early 20s, were juvenile experiments and that, having tried his hand, Larkin realised his true gift and vocation lay elsewhere – in verse. Well, I haven’t read the first of the novels, Jill, about which Larkin was himself very dismissive (and seems not even to have kept the manuscript), but A Girl In Winter [available for 1p online here] seems to me a remarkable novel, one that fully qualifies for that overused adjective ‘haunting’.

A Girl In Winter is divided into three parts, the outer two forming a stretch of 12 hours or so in a cold provincial town on a bitter winter day in wartime. Here Katherine Lind works unhappily as a library assistant under a peculiarly unpleasant librarian (vividly portrayed by Larkin). On this particular Saturday morning, Katherine is detailed to escort home a dislikeable girl, Miss Green (those were formal times), who has raging toothache. Part one of the novel follows their journey across town, in the course of which Miss Green’s condition worsens, while Katherine comes into focus as someone whose emotions are, like the townscape, frozen.

Why she is as she is remains, throughout the novel, a story that is never quite told, though she has clearly been obliged to leave her (unspecified) home country and the life she had there. There are enough hints – but only hints – to suggest that she is German, perhaps Jewish. Whatever the source of the winter in Katherine’s soul, the turning point of the first part of the novel is a memorable scene in a municipal park when, suddenly, she sees the tiresome Miss Green as a human being rather than a burden, and compassion becomes a possibility – even happiness.

We also learn in part one that Katherine has been in touch with an English family with whom she stayed before the war – and there is a note at her dismal ‘digs’ from the son, Robin, who says he is visiting that day, an encounter that Katherine is now keen to avoid. Why? The back story to that makes up part two of the novel, set in the sunshine and rain of an English summer, in the course of which Katherine falls in love with the reserved and ‘English’ Robin, then out of love with him. He has been her pen friend, the invitation was unexpected, and Katherine finds the experience of meeting and living with his family, getting used to English ways – and working out what his unhappy elder sister is up to – confusing and unsettling. This section of the novel, in particular, is written with such precision of emotional insight that it seems incredible it was written by such a young man (or indeed by a man at all).

From prewar summer it’s back to wartime winter for the short final part of the book, which picks up where part one ended, and about which I’d better not say much, except that it seems – as is right – the only way this strange and intriguing novel could have ended. If the plot sounds thin, this is because so much of the book’s essence is not in action but in the creation of atmosphere and the tracing of nuances of emotion.  Larkin sometimes changes register and pace in a way that can seem jarring, but this, I think, is in the service of portraying Katherine’s emotional alienation, the way her feelings, and the world around her, move in and out of focus. I wouldn’t characterise it as a ‘poet’s novel’; it reads like a very assured novelist’s novel. However, it does include much wonderful descriptive writing, especially in its evocation of the English weather, and of that frozen, dreary wartime town.

Here, just after Katherine’s moment of epiphany in the municipal park, she and Miss Green are sitting, huddled, on a bench:

Through the light mist she [Katherine] could see the ornamental front of the Town Hall under the flat shield of the sky, dark and ledged with snow. But all the white-grey patches were not snow, for as she watched they revealed themselves as pigeons, a score of them launching off into the air and hanging with a great clapping of wings. Then the whole flight dropped, rose over the intervening trees across the traffic, and landed on a stretch of snow not fifteen yards from where the two of them sat, coming up as if they expected to be fed.

Larkin intended A Girl In Winter to be the second of a trilogy, Jill representing innocence, A Girl representing experience, the third to represent a return of life. He made several false starts, but that third novel never got written.

Half a dozen years later, Larkin found his mature voice. And the rest is poetry. 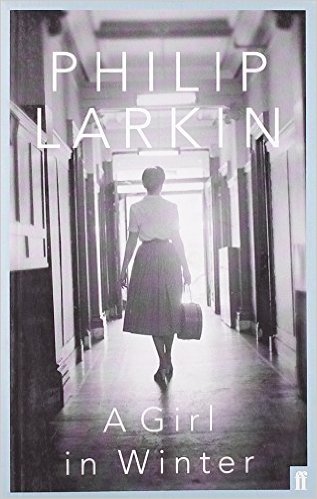 If you would like to recommend one of the countless books that can be bought for a penny (or a cent) email us at editorial@thedabbler.co.uk

One thought on “1p Book Review: A Girl in Winter by Philip Larkin”