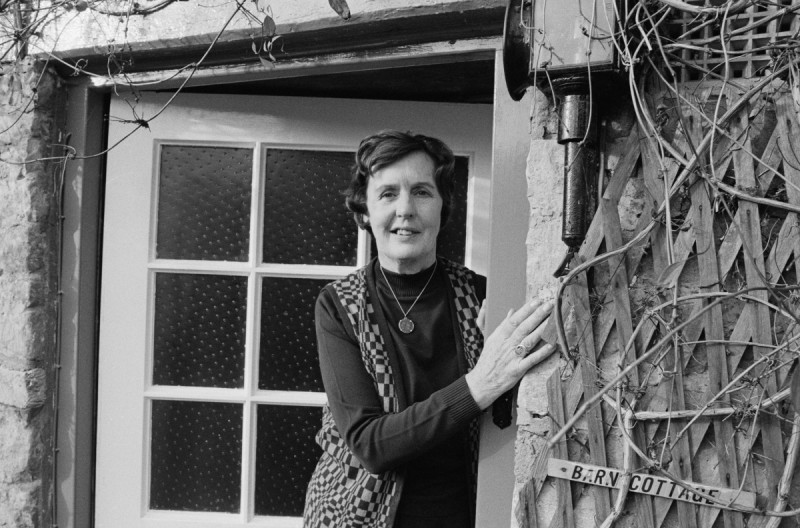 After I’d read Philip Larkin’s A Girl In Winter, it was a natural step to read another Barbara Pym. Larkin was a big Pym fan and, along with Lord David Cecil, responsible for the revival in her fortunes after a fallow period in which she could not get published. Larkin and Lord D named her in a TLS round-up as a criminally underrated writer, the literary world – and a publisher (Macmillan) – took notice, and the first fruit was Quartet In Autumn (available for 1p here), published in 1977 (and shortlisted for that year’s Booker).

Quartet is a difficult book to write about, being, even by Pym’s standards, sparse, tight, nuanced and extremely finely drawn, with very little ‘happening’ in the sense of narrative events. It is a beautifully managed group and individual portrait of four people – two men, two women – who have been working together for some time in an office (a very Pymian office where nothing identifiable as useful work is done, time hangs heavy and the day revolves around cups of tea, an economy-size tin of instant coffee, and lunchtime activities).

All four are nearing retirement age and, in the course of the narrative, the two women, Letty and Marcia, do retire, leaving the two men, Edwin and Norman, to respond, in their different (and equally ineffectual) ways, to their absence.

These are not, on the face of it, terribly attractive characters – Norman mean and cunning with an eye to the main chance; Edwin passive and self-satisfied, his life revolving smoothly around the (Very High) Church; Letty as passive as Edwin, but less satisfied (and in the end finding, perhaps, a future and some hope of autonomy); and Marcia, a strange, prickly character, fending off the world and retreating ever deeper into her obsessions once she loses the daily routine of work.

And yet, such is Pym’s delicate art that she makes you care about them all (well, perhaps not Norman), writing about them with cool, clear-sighted sympathy – and, of course, with humour, that sharp but always forgiving wit of hers.

This is, despite the ostensible sadness of the little world it portrays, an often very funny novel, most definitely a comedy rather than a tragedy. And it is, in its unique Pymian way, a minor (and minor key) masterpiece.

Quartet In Autumn gets off to a bravura start in which, in the very first paragraph, Pym, before she’s even introduced them, tells you all you need to know about her four characters simply by describing the different ways in which they wear their hair. After an opening like that, what can you do but read on? 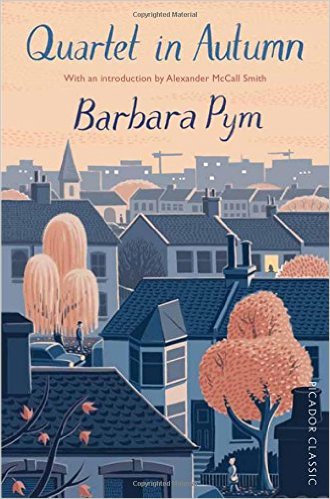 If you would like to recommend one of the countless books that can be bought for a penny (or a cent) email us at editorial@thedabbler.co.uk