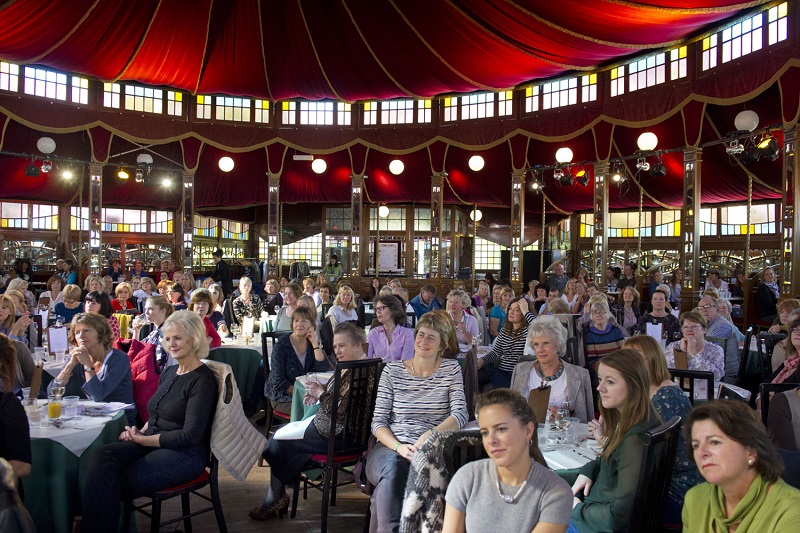 Literary Britain is a very small world, argues Henry Jeffreys, it really does need more ‘diversity’ – and that means publishing books by people who don’t agree with you about everything…

My three year old daughter’s nursery school has a diversity officer. On the wall in her classroom is the word DIVERSITY. Each letter is a word that makes up a slogan: Different Individuals Valuing Eachother (sic) Really Something, I can’t remember it all. Of course it’s not really aimed at the children, they can’t read, it’s aimed at the parents. It’s a shibboleth so that nice modern non-reactionary tolerant progressive urban types can know that they’re amongst like-minded people. The word diversity has become a platitude.

Inevitably in publishing, the industry I worked in for fifteen years, there’s a push for more diversity. Articles are written bemoaning the lack of ethnic minorities in the business. Publishers are overwhelmingly white and middle class (and about 70% female). I never thought this was important. Does it matter what colour the editor is as long as she brings in good books that sell? Or even bad books that sell. I believed that editors were able to put aside any prejudices they might have and appreciate great writing.

Now I’m not so sure. The people complaining about the lack of diversity in publishing aren’t after diversity for abstract reasons but because editors might be missing out on good writers. Nikesh Shukla, a writer from Harrow, complained recently about the strange rejection letter he received from a publisher because he did not fit into her idea of what an Asian writer should be. I remember this narrow mindedness from my own days in publishing. I once worked on a satire on Indira Gandhi’s India, a novel that was far closer to Joseph Heller than Vikram Seth, and yet the book jacket was a riot of henna motifs. At literary festivals brown writers are often lumped together on the dreaded ‘Writing the Diaspora’ panel. A South London writer of Sri Lankan descent might be paired with a man writing about Pakistan or a Jamaican literary novelist put with a writer of black erotic fiction.

Publishers like to think they are open-minded but in many ways they are very conservative people. This isn’t just about race. Women writers with a trace of romance in their fiction are branded as chick lit just as most novels that feature either police or a murder will be marketed as crime. Most publishers are not looking for anything innovative. They want something like that book that sold before. When publishers do try to to be a bit hip, the effect can be embarrassing. A small publisher Kevin Duffy of Bluemoose Books sounding like Rik Mayall in the Young Ones an article in the Bookseller that asked “what are they (publishers) doing to get in touch with street artists and aspiring rappers. . .“ Which itself shows a rather narrow-minded view of what black writing should be about. Publishers aren’t bigoted, they just like writers who fit into categories.

Editors may be conservative in their tastes but in their politics they are entirely left-wing. There is no political diversity in publishing. Once I mentioned at a publishing lunch that I found Jeremy Clarkson funny, the reaction was straight out of a Bateman cartoon. I remember the disbelief at an editorial meeting when one editor described a writer as a liberal Zionist, there’s no such thing people snapped back. If you want to get on in publishing don’t join the Society of Young Publishers, join the Palestinian Solidarity Campaign. If we accept that publishers are missing out on ethnic writers because of their narrow mindedness, just think what they could be missing out on due to political bias. I have never met a right wing novelist. The left wing consensus is part of the reason why literary festivals can be so dull.

For most novelists no other paper exists apart from the Guardian (I say this as someone who reads and writes for the Guardian). Except of course the Mail as an object of hate (until the same paper offers them £1500 to write an article.) The preoccupations of most novelists are normally dictated by Guardian editorials: climate change, libraries, Palestine etc. Not that these aren’t important issues but do we need another novelist lecturing us on them? The consensus can be stifling. When Terry Deary author of Horrible Histories said that libraries were an anachronism was pilloried as some sort of lunatic extremist rather than just someone with a different point of view.

Literary Britain is a very small world. Most writers come from the world of writing. They will have been to university with publishers and journalists. They may start off as journalists and then write books. If they don’t then they go through the finishing school of creative writing courses. It would take a very robust right winger to survive three years at UEA. To many people, not just ethnic minorities but working class people and housewives in Worcester, the idea of writing a book would simply not occur. Kerry Hudson, a novelist, wrote recently: “We are losing stories in the UK. We are narrowing our literary culture. We have a publishing industry which continues to perpetuate its failure to reflect the extraordinary spectrum of communities in this country and so we are losing that potential vitality, social exploration and innovation in the books we publish.”

The point of the diversity in publishing movement is that there’s a vast pool of untapped talent out there that publishers are not exploiting. Imagine how wonderful it would be if that were true. Imagine reading a savage satire on multicultural Britain; imagine a Scoop about the Iraq war. This isn’t really about left and right, black or white, it’s about publishers casting their nets as widely as possible. It’s about writers with something different to say.

This might be achieved by attracting new blood into the publishing business. There should be apprentice schemes for non-university graduates. The greatest publisher of the 20th century, Allen Lane, founder of Penguin, started as a 16 years old apprentice at the Bodley Head. Publishers should take a leaf out of the Spectator magazine’s book. When taking people for work placements, they ask not for a CV but for candidates to write short articles and produce video clips. They’re looking for ideas not qualifications. To get more working class people of whatever colour, publishers should pay all interns an honorarium.  The work experience system was fine when it was just that, experience of work, but now most publishing houses use interns instead of staff.  Finally it would be good to get older people into publishing: housewives who have had families and are looking to start a career, people who have run their own small businesses, millionaire philanthropists!

Despite the similarity in background and preoccupations, we have some excellent writers in this country and a vibrant literary culture so does any of this matter? I think it does for two reasons. Firstly from a purely financial point of view, publishers need to attract new readers. Britain is an increasingly diverse country. They cannot rely on the old middle class readers. But it is also becoming an increasingly fractured place politically. I follow a lot of writers on twitter. During the recent election it shocked me to see how people who saw the complexity in everything, the kind of people who might write humanely about a war criminal, caricatured Tory voters as unfeeling monsters. The motivations of a Conservative voter are as much a mystery to most novelists as the inner life of a Somali immigrant. Diversity isn’t important as an abstract concept, literature can help people understand each other no matter what their backgrounds or views are. It can make foreigners and political opponents into human beings. We need more of it.

A shorter version of this article appeared in The Oldie magazine.

8 thoughts on “Why Literature Really Does Need More ‘Diversity’”