My favourite Australian – the competition is not stiff – is Michael ‘Maxy’ Klinger. Michael Klinger is a softly-spoken, slender, crooked man with austerely cropped grey hair and the permanent wrinkled grin that pale-skinned Antipodeans have evolved to cope with the sun. He makes a living by carefully, repetitively striking a cricket ball across grassy outfields.

In the English winter he does this in Australia; in the English summer he does it in Bristol, where he captains the (technical term) ‘perennial strugglers’ of Gloucestershire County Cricket Club. Klinger is 35 years old – a sporting veteran – and enjoying an astonishing late flowering of professional excellence. Having never represented his country at senior level, he was hired by Gloucestershire as their unglamorous overseas player. Leading a cheaply-assembled set of callow youth players, journeymen and hasbeens, he has for two seasons played cricket at a level matched by only a handful of players in the world.

In the 2015 T20 competition he scored 654 runs at an average of 81.75, including three centuries and a top score of 126 not out – near impossible stats in the truncated, harum-scarum form of the game. Then in the Royal London One Day Cup competition he did even better. In three successive games as he compiled mammoth scores to single handedly beat three far superior teams: 107 against Somerset and 114 not out against Durham to reach the knockout stages, then 87 against Hampshire in the quarter-final. His runs came remorselessly, chancelessly, and without visible exertion.

At this point his contract for the English summer was up and he was obliged to return to Perth. He flew across the world, and then – and this is something that hired overseas players never do – persuaded his employers and his wife to allow him to fly back again to play in the semi-final. He ignored jetlag to score a match-winning 137 not out at Headingley against Yorkshire, the best team in the country.

So it was that on Saturday 19 September, the now immortal Bristol hero Michael Klinger took to the field at Lord’s for Gloucestershire’s first cup final in over a decade with a ludicrous competition personal batting average of 132.75. His opponents were Surrey, England’s wealthiest club. From high in the Edrich Stand in neck-roasting Indian summer sunshine, my father and I and a couple of thousand success-starved, pathetically grateful West Country cricket fans cheered him to the crease. At the Nursery End wicket, Klinger, small and bent and unassuming, took his guard to face the international fast bowler Jade Dernbach. He let the first two balls of the match go without attempting to hit them.

Personal matters have meant that The Dabbler has been on a reduced service lately, but you can always read my Culture Corner over at sofa.com. I write about all sorts of stuff there, and have even roped in some seasoned Dabblers including Nige and Jassy. 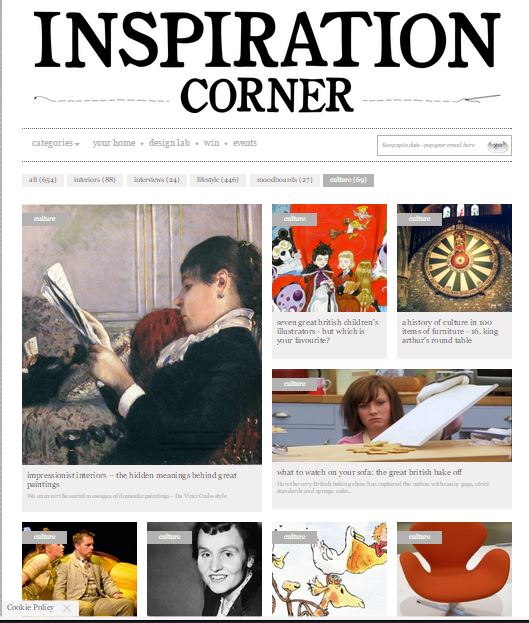 There are two ways of not singing God Save the Queen. One is ok, the other is not.

God Save the Queen, though mercifully short, is a rubbish anthem: a dirge with awful words and, despite its simplicity, terribly hard to sing without being flat. The ok way to not sing it is to stand in reverent, quivering silence, as if it requires all your effort to control the patriotic feelings stirring within your breast, thus leaving no capacity for actually singing. This approach has been acceptable since they started sticking microphones in footballers’ faces and exposed us to Tony Adams’ voice.

The not-ok way to not sing the national anthem is to pointedly not sing it on principle. The British public just cannot stomach the sheer pomposity of a display indicating that the non-singer believes himself to answer to a higher, more sophisticated morality than everybody around him (particularly if those around him are Battle of Britain veterans).

Jeremy Corbyn not singing the national anthem at the Battle of Britain memorial ceremony is his Milibacon sandwich, only much, much worse. Images stick when they seem to confirm our worst suspicions about people (as the bacon sandwich confirmed our suspicion that Ed M couldn’t do ordinary human things). Now nothing Corbyn says or does for whatever remains of his party leadership really matters, because there will always be that image (set when necessary alongside footage of him lustily belting out The Red Flag.) It must be the swiftest, most needless political suicide in history.

Satirists or sitcom writers casting around for a good comedy character could do worse than use Lord Ashcroft as a model. This is a man whose consuming desire is to be Important in politics, and who spends enormous of time and money on failing to become Important in politics. It’s really pretty funny.

Having been rebuffed in his efforts to purchase a position in government, he sets himself up as the most Important political pollster, spending fortunes on constituency surveys which turn out to be inaccurate and, therefore, useless.

In his vengeful fury he commissions a hack to write a biography of the Prime Minister who spurned him which, he boasts, will be the subject’s political ‘obituary’. To make absolutely sure, he even includes Lyndon B Johnson’s fabled ‘pigfucker’ trick:

Legend has it that LBJ, in one of his early congressional campaigns, told one of his aides to spread the story that Johnson’s opponent fucked pigs. The aide responded “Christ, Lyndon, we can’t call the guy a pigfucker. It isn’t true.” To which LBJ supposedly replied “Of course it ain’t true, but I want to make the son-of-a-bitch deny it.”

And still, nothing at all happens. It must be infuriating. I can’t wait to see what Lord Ashcroft’s next big move will be – I mean, where on earth is there to go after that?

At the third ball of the match he swung a square cut with his usual controlled grace. The ball kissed the edge of the bat and spun into the wicketkeeper’s gloves. Michael Klinger, out caught behind, for nought. After a short, profound silence, the Edrich Stand groaned, swore a fair bit, and here and there howled in anguish – apart from a pair of incognito Surrey fans sitting next to me who had bought tickets for the wrong section and now revealed their allegiance by snickering. Suddenly the day trip to Lord’s seemed very expensive.

There then unfolded about six of the least enjoyable hours of cricket I’ve ever sat through. Klingerless, Gloucestershire’s hasbeens, journeymen and callow youths eked out an inadequate total, finished off by a Dernbach hattrick. The sun burnt our ears. We spent a small fortune on a burger and a hotdog and a couple of beers. Surrey’s top order nurdled their way conservatively towards the trophy, led by Sri Lankan legend Kumar Sangakkara (now there’s an overseas hire!) who scored an entirely uneventful 60. Behind me, casual Glos watchers bemoaned the stupidity of cricket. The Surrey fan in the next seat made passive-aggressive conversation with me while I thought about cruelty and death and what I might like to eat next.

But then for no real reason Sangakkara chipped an innocuous spin delivery into the hands of Gloucestershire’s sub fielder, and then very soon after that Rory Burns, on 56, lobbed another one near Michael Klinger at mid-on. Klinger dived full length, and Klinger clung. And then there followed one of those strange, unprovoked collapses that sometimes happens to sporting teams when they start thinking “Whatever we do, we mustn’t lose from here.” One by one the Surrey batsmen came out and dolloped catches and missed straight balls and ran themselves out and in the Edrich Stand we tittered, then laughed, then gasped, then cheered, and then finally roared blindly and like wild beasts, and after the passive-aggressive Surrey fan had scuttled off and Michael ‘Maxy’ Klinger had paraded the cup around the ground to the hoarse drunken acclaim of a few thousand Bristolians we all tottered back to Paddington station saying how only one sport in the world can really sock it to you with that potent, addictive mix of brutal boredom and intolerable tension, and that sport is cricket and no other even comes close.