It’s the last Dabbler Diary of 2015, and Brit has been to EuroDisney!…

For me, Mickey Mouse is a strangely unempathetic character. His blank grin offers no cheer, his squeaky utterances are pitched at a frequency I cannot receive.

Goofy I like. Also Donald Duck, though I wouldn’t want to be stuck in a lift with him. But Mickey remains elusive.

Perhaps that’s the secret of his success, the vanilla everymouse holding the weird Disney world together. He predates the Great Depression and the rise and fall of Communism and the World Cup and the electric guitar, and he’s much older than the Super Bowl and all sorts of golden ages of cinema and popular music. And every day hordes of Europeans flock to his Parisian theme park sporting his ears, so he obviously has something going for him.

At the entry of the second 360 degree loop of Space Mountain I experienced my first injection of Achterherbstentspannungfreude, which is the German portmanteau word I’ve just invented for the feeling of intense relaxation one momentarily experiences at the crucial moments of theme park adrenalin rides. The resultant euphoria lasts for a good six or seven minutes afterwards if you’re lucky, and your legs will tremble pleasantly as you make your way back to your family past the gift shop and photo collection point.

I had been searching for this particular sensation for a while: seven years ago I overdosed on the many rollercoasters of Orlando, which left me practically immune and now I’m like one of those jet fighter pilots who gains no more thrill from a triple loop and vertical plummet than he would from a child’s playground swing. I could happily have done a crossword on Indiana Jones et le Temple du Péril.

Florida, as I recall, was all obese Americans in shorts riding mobility scooters and clutching great turkey drumsticks in their pudgy paws, but Disneyland Paris in December is just, like, totally French. The punters are swarthy unsmiling skinnies, parading sombrely in black puffer coats through the shiny Christmas fairytown.

And the food! At Chez Remy – a restaurant in which you are shrunk to the size of a rat – I ate foie gras and a steak, perfectly rare. The ambience was that of a candlelit bistro in Montmartre. Auberge de Cendrillon offered veal cutlets. While my girls cuddled Minnie Mouse at Cafe Mickey I ate an exquisite seafood pasta that was chock full of tentacles and other lovely squiggly crustaceous bits. You don’t get those at Thorpe Park (except, perhaps, hidden in the hamburgers).

Some top tips for enjoying a trip to Disneyland Paris. Don’t take your tinies on the Peter Pan ride, the uncanny animatronics will scare the bejesus out of them. Do take them on the Toy Story soldier parachute drop, which they will love even though it will look much too high and dangerous to you. Avoid weekends and the Disney Junior show. Cynicism is futile. Studiously maintain your caffeine levels. Above all, leave everything to Mrs Brit, or whoever your equivalent of Mrs Brit is.

She spent a year researching this holiday on Mumsnet and the Tripadvisor forums and thus had a complete mastery of fast passes, freebies, vouchers, discounts, shortcuts, optimum timings and crowd avoidance strategies. Theme park days have to be planned with military precision or they will be mostly spent in hungry queuing. Avoid all forms of spontaneity, except at the designated times.

Waiting for the Magic Parade on the pavement along Main Street, we naively left a quarter of inch of kerb showing in front of our pram. Into this quarter of an inch a French mother suddenly inserted her two enfants and her derriere, offering in our direction a hilariously insolent and Gallic ‘Pardon’.

She was spotted in the act by a female steward, who came hurtling over crying ‘Non, non, non!’ There then followed a battle of wills which I watched with deep interest, thinking how much better at this sort of thing the French are than we timid Britons, forever apologising for being wronged. Eventually the steward won and the insolent Maman was ushered to the back of the throng.

Our saviour then pulled our pram to the very, very edge of the kerb, stood upright, nodded in satisfaction and clap-dusted her hands together with an emphatic ‘C’est ça!’

‘Bravo!’ I said, in genuine admiration.

‘Is that the Eiffel Tower?’ asked six year-old C, as we passed an electricity pylon on the taxi ride back to the airport. Oh, we chuckled. The purpose of Disney is to celebrate and preserve the childish delusion that the human condition is a happy one. They hammer us with the importance of this with their devastating coming-of-age films like Toy Story 3 and… oh jeez, have you seen Inside Out?

It is therefore fitting that Disney now has Star Wars. If you’re one of those who makes a fuss about failing to understand what the fuss is about, the answer lies in the sound of the Star Wars universe. The original three films inserted boys into a fully-formed, clearly real world, delivered with utter confidence by George Lucas. Its droids bleeped and warbled in such a distinctive way that a single tweet-tweet from R2-D2 is a magical madeleine for millions of world-weary, middle-aged child-men.

Some more useful Disneyland portmanteau words: Familiengesichtausländischenpublikumentlastungkeit (the joy of spotting the familiar faces of your temporarily lost family members in a crowd of black puffer coat-wearing Europeans). Warteschlangewartegefühlzufriedenen (learning to stop worrying and enjoy being in a long queue). Falschespracheverwirrenden (being disconcerted by hearing Buzz Lightyear speak fluent French)

But is there one for finding that the disgraced former comedian, TV presenter and West End musical star Justin Lee Collins is sitting next to you on the plane back to Bristol?

Obviously given that unfortunate career-ending criminal prosecution he was keen to keep a low profile, which he achieved by talking very loudly and wearing an enormous Goofy hat like this: 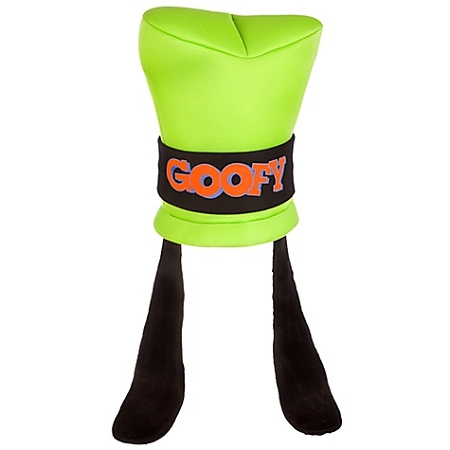 I studiously failed to notice him, and we passed the entire flight without exchanging a word. It was a very enjoyable case of Krapcelebritynotrecognizenpretendenung. Good times!

Happy Christmas, loyal Dabblers! See you on the other side.