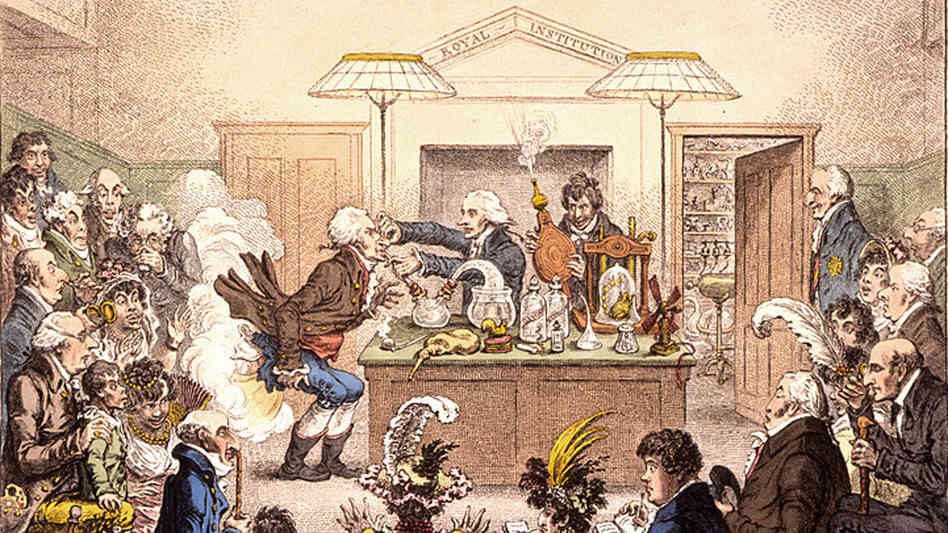 Science was surely never as much fun as it was in the 1790s, when Humphry Davy and various poets were experimenting with laughing gas at the Pneumatic Institute…

Nitrous Oxide – ‘laughing gas’ – is in fashion again for recreational purposes, just as it was back in the 1790s, though it was then enjoyed by a rather more select band of enthusiasts.

At the Pneumatic Institute, the brainchild of Dr Thomas Beddoes (father of that strange poet Thomas Lovell Beddoes), in Bristol, the young scientific whiz kid Humphry Davy was throwing himself into the grand project of experimenting with Nitrous Oxide. The hope was that it would have near-miraculous therapeutic properties – and who knew what other uses – and Davy was keen to experiment on himself (as he had already done with Carbon Monoxide, with very nearly fatal results) to find out its effects. 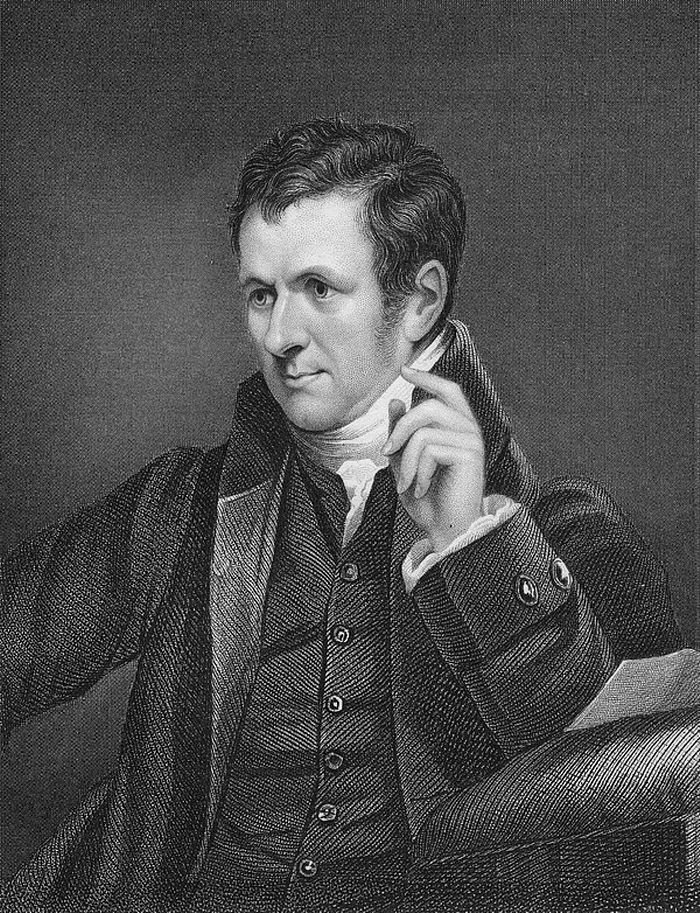 highly pleasurable thrilling, particularly in the chest and extremities. The objects around me became dazzling, and my hearing more acute… Sometimes I manifested my pleasure by stamping or laughing only; at other times, by dancing around the room and vociferating… This gas raised my pulse upwards of twenty strokes, made me dance about the laboratory as a madman, and has kept my spirits in a glow ever since.

No wonder he was keen to press on.

Between April and June I constantly breathed the gas sometimes three or four times a day for a week… I have often felt very great pleasure when breathing it alone, in darkness and silence, occupied only by ideal existence.

What, he wondered, would be the effect of an overdose? After inhaling a full six quarts, he noted that

the pleasurable sensation was at first local, and perceived in the lips and the cheeks. It gradually, however, diffused itself over the whole body, and in the middle of the experiment was for a moment so intense and pure as to absorb existence. At this moment, and not before, I lost consciousness; it was, however, quickly restored, and I endeavoured to make a bystander acquainted with the pleasures I experienced by laughing and stamping. I had no vivid ideas.

Pressing on, he was soon making use of a portable gas chamber designed by James Watt, which enabled him to inhale eight quarts over a planned 75 minutes before being released from the chamber (with his pulse at 124, his temperature 106 and his face bright purple) and given a top-up of 20 quarts of pure gas…

The sensations were superior to any I ever experienced. Inconceivably pleasurable. Theories passed rapidly thro the mind, believed I may say intensely, at the same time that everything going on in the room was perceived. I seemed to be a sublime being, newly created and superior to other mortals, I was indignant at what they said of me and stalked majestically out of the laboratory to inform Dr Kinglake privately that nothing existed but thoughts.

After some more experiments testing the effects of combining alcohol with nitrous oxide – it seems it’s good for hangovers – Davy ended this self-experimenting phase, happily unscathed and with his mind sharper than ever. 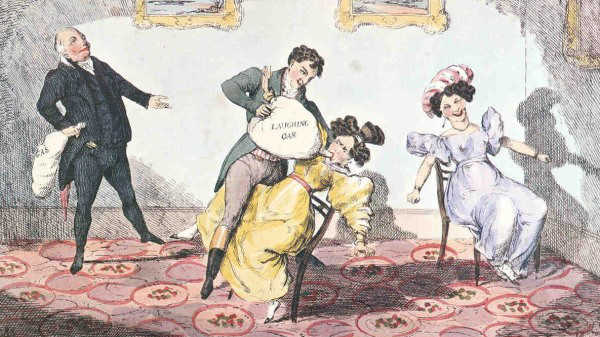 The Pneumatic Institute was popular also with artists and writers, and Samuel Taylor Coleridge was among those sampling the laughing gas, noting ‘an highly pleasurable sensation of warmth over my whole frame, resembling what I remember once to have experienced after returning from a walk in the snow into a warm room’. But he also felt, he wrote, ‘more unmingled pleasure than I had ever before experienced’.

Robert Southey, who was to develop into a sedate and respectable Poet Laureate, was quite esctatic in his reactions to the gas, writing to his brother Tom:

O, Tom! Such a gas has Davy discovered, the gaseous oxide. Oh, Tom! I have had some; it made me laugh and tingle in every toe and finger-tip. Davy has actually invented a new pleasure, for which language has no name. Oh, Tom! I am going for more this evening! It makes one strong and happy! So gloriously happy!

[For more on all this – among many other things – see Richard Holmes’s marvellous The Age of Wonder.]

One thought on “The Pneumatic Institute”