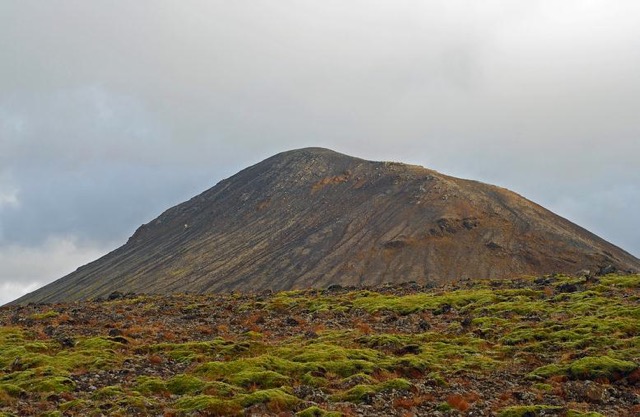 Sometimes you have to travel far away to learn the history of your own neighborhood. In Iceland this summer we had a chance encounter with a loquacious bus driver who told us a fascinating story from World War II, a story that raises one of the tantalizing “what ifs” of history.

On a characteristically chilly Icelandic morning we waited outside our hotel in Reykjavik for the bus that would take us to the Blue Lagoon, an outdoor spa where we would bathe in warm geothermal waters before taking our flight home. The bus pulled up exactly on time and a ruggedly handsome middle-aged man jumped out to load our luggage. (All the men in Iceland look like Vikings and everything is done with smooth efficiency). “What state are you from?” our driver asked. Afterwards we wondered if he had a story ready for each of the fifty states, for as soon as we answered “Maryland” he announced he had an interesting tale for us and it related to one of the mountains we would be able to see from the Blue Lagoon. “Do you know,” he asked, “how Andrews Air Force Base in Maryland got its name?” We did not. The name is often mentioned in the news because Air Force One is based there, but we had to confess we knew nothing else about it. Our Icelandic bus driver enlightened us.

On May 23rd 1943 a B-24D Liberator bomber attempting to land at Reykjavik crashed into Mt. Fagradalsfjall on Iceland’s western peninsula. Nicknamed Hot Stuff, the plane was the first U.S. bomber to complete 25 missions over Europe. Of the fifteen people on board only the tail gunner survived. Among the dead was Lieutenant General Frank Maxwell Andrews, at the time the Commanding General of U.S. Forces in the European Theater of Operations. Andrews’ distinguished military career included service in World War I. He had been Commander of the Army Air Corps and is known as the Father of the Air Force for advocating that the Air Force become a separate service from the Army. His plane had been en route from Bovingdon in England to the United States when it encountered thick fog over Iceland, a scheduled refueling stop. 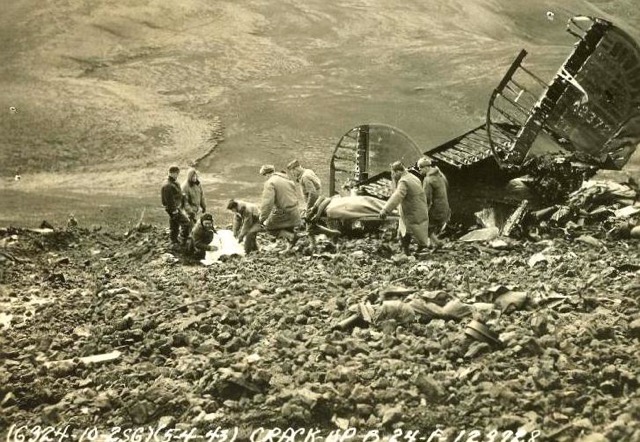 General Andrews was honored with a funeral service in Reykjavik before his body was returned to the United States for burial in Arlington National Cemetery. The first airfield to be named for him was in Essex, England. Just two months after his death the newly completed airfield at Great Saling was named Andrews Field, the only airfield in England named for an American. In 1945 Andrews Field closed so Camp Springs Airfield in Maryland was renamed in Andrews’ memory.

Then our bus driver came to the most intriguing part of his story. When General Andrews was appointed Commanding General of U.S. Forces in the European Theater of Operations he replaced General Dwight Eisenhower. He was about to be appointed Supreme Allied Commander in Europe with responsibility for the Allied invasion. He died before receiving notice of his appointment. After his death General Eisenhower was given the Command instead. 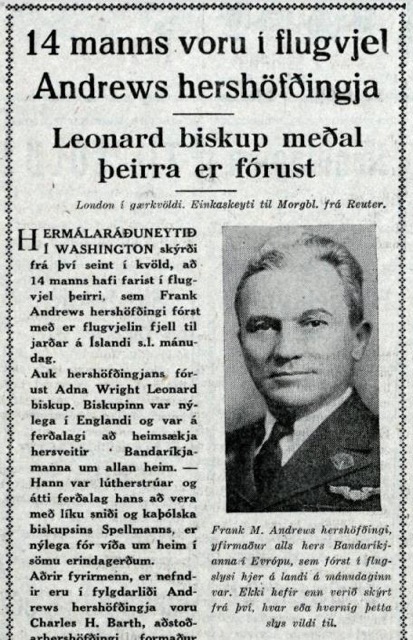 As we bathed in the warm waters of the Blue Lagoon Mt. Fagradalsfjall loomed in the distance, bleak and forbidding. It was easy to believe that it took over 24 hours for the surviving gunner to be rescued. But what if it was General Andrews who had survived the crash? Or if there had been no fog over Mt. Fagradalsfjall that day? As the beat of a butterfly’s wings can change the world, so that fog settling over an Icelandic mountain had changed the course of history. There would have been no President Eisenhower and so no Vice-President Nixon. Without a victorious General as an opponent perhaps Democratic standard-bearer Adlai Stevenson would have been elected President instead of suffering two consecutive defeats in the 1950s. Or perhaps General Andrews himself would have become President introducing yet another new possible future. Consequence upon consequence tumbling down the years changing everything until we reach the present day, a completely different present where we are not staring into the abyss of a possible Trump presidency. Oh no, I have broken my vow never to mention the T word!

So I’ll end with this: General Andrews may be forgotten in America, a mere footnote in history, but he is remembered with reverence in Iceland. As recently as 2013, on the 70th anniversary of the crash, a memorial plaque was unveiled near Mt. Fagradalsfjall on the site where a monument is planned. The unveiling was accompanied by a flyby in missing man formation. Olafur Grimsom, the President of Iceland, spoke at a memorial service in nearby Keflavik attended by U.S. Ambassador Luis Arreaga, the Bishop of Iceland for Skalholt, and the Catholic Bishop of Reykjavik. The permanent memorial monument is scheduled to be unveiled on the 75th anniversary of the crash in 2018. It will point to the sky and the mountain where intrepid hikers still come upon pieces of twisted metal wreckage from Hot Stuff.

One thought on “An American History Lesson in Iceland”