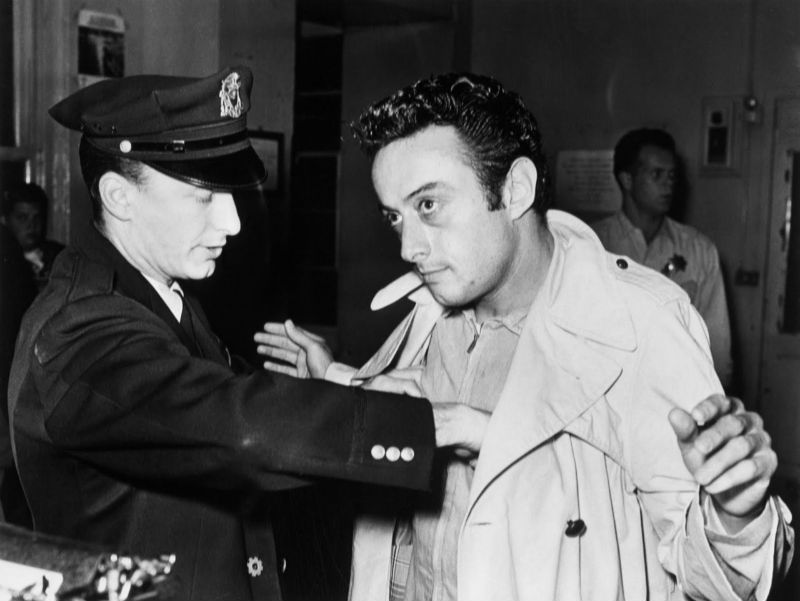 ‘Adam gave names to all created things; his Yiddish-speaking descendants offer critiques’ – here’s Jonathon Green’s guide to the Jewish language of the put-down…

Yiddish, sometimes known as Jüdisch -Deutsch (Jewish-German)  is the dialect of German spoken by the German or Ashkenazi (Hebrew: ‘German’, i.e. European) Jews. It has been recorded since the 9th-10th centuries, when Jews from east-central France and northern Italy began migrating to the Rhineland.  It is composed of Hebrew – the sacred language of Judaism, Laaz – Romance languages as modified by Jewish speakers in France and Italy, and German – their new adoptive tongue. When a new migration, further east, to Central and Eastern Europe began in the 13th century, a fourth component, Slavic, was introduced. Old Yiddish fell into two language groups, those of Western (with borrowing from French and Low German), and Eastern Europe (with borrowings from Slavic and Hebrew) divided along an approximate line running from the western Baltic to the Black Sea, but Western Yiddish had almost vanished by the 18th century and the modern version, as found in Anglophone slang, is invariably that of eastern Europe with a secondary division between northern Lithuanian (Litvak) and southern Polish (Polak) dialects.

The language is a natural candidate for a role within slang: its chief topics are, as apostrophized by Michael Wex in his history of Yiddish Born to Kvetch (2008), ‘cursing and deflating the expectations of others’, plus complaining, often against God. To quote Wex’s summation: ‘Adam gave names to all created things; his Yiddish-speaking descendants offer critiques.’ The critique: along with doubt, perhaps slang’s primary guiding ethos. Like Yiddish, slang is the great lexis of the put-down, the bitch and the moan.

Of the Yiddish terms that populate contemporary slang, a good many derive from sex, especially the penis, and more particularly those words, just like mainstream prick or dork, where words for the male member serve a double role and also mean the fool: shmuck, putz, schmeckel or yutz. And dominating the rest? The Inuit do not, popular belief notwithstanding, have an especially wide-ranging list of synonyms for snow. But Yiddish undoubtedly knows a fool, and the gradations thereof: shlub, shloomp, shmo, shlemiehl, schlimazel, schmendrick… Yiddish also, suggests Wax, can be seen as one of the precursors of the game of ritual insults that is known in African American communities as the dirty dozens, joaning or sounding. The Yiddish version is not slang as such, but is based on the same principles. Wax offers a sample, which starts with the relatively restrained A beyzer gzar zol af dir kumen (May an evil decree come upon you) and moves to the triumphant (and internally rhyming) Zol dir lign in keyver der eyver, in di kishkes a lokh mit a sheyver (May your penis lie in a grave, [may] a hole and hernia [lie] in your guts.) The Catholics, martyrs to Mariolatory, befoul the virgin in their curses; the Jews, martyrs to their digestive systems, assail the stomach.

‘There are several Hebrew terms in our Cant language, obtained, it would appear, from the intercourse of the thieves with the Jew fences (receivers of stolen goods).’ Thus Henry Mayhew in London Labour and the London Poor and he was correct as to the presence of the ‘Hebrew’, i.e. Yiddish words – though one must take his theory as to their adoption on trust. Yiddish certainly hadn’t appeared in England  before the 18th century. Although there were international elements within the begging language, there are neither Hebrew nor Yiddish roots to be found in the 16th or 17th century begging lexicons. Only the mysterious cant word autem, a church, with its 18th century derivatives autem-bawler (a preacher), autem cackle-tub (a dissenters; conventicle), autem-diver  (a pickpocket who works in church) and several others, has been attributed to Yiddish, but it is more likely rooted in the synonymous French argot entonne or simply standard English altar. Nor, until Oliver Cromwell permitted their return, were there any Jews. The earliest recorded term seems to be the word smous, a German Jew, which is cited in 1705. (The word would become far better known in South Africa where by the late 19th century it meant an itinerant Jewish peddler). Smous comes from Yiddish schmus, patter and ultimately Hebrew schmuoss, news or tales; it also lies behind the 19th century Yiddishism schmooze, which covers a variety of persuasive speech, whether flattering, profit-making or amatory. In 1785 Grose includes smear-gelt, a bribe, a calque of Yiddish smiergelt, literally. ‘money for greasing’, i.e. the palm. The term swindler had moved into standard English by the mid-19th century, but it had supposedly been imported by German Jewish immigrants around 1762 and its first users were criminals. Its origins were Yiddish: schwindeln, to be giddy, to act thoughtlessly or extravagantly, and thence to swindle.

The greatest efflorescence of Yiddish was, naturally, America, or more particularly New York. If 120,000 immigrants from Russia had arrived in the UK following a rash of pogroms in 1881, and mainly stayed in London’s East End, almost two million made their way to America, and often to New York’s Lower East Side between 1880-1914. These immigrants were not the first to speak Yiddish – there are records of Yiddish as used among the first Jewish arrivals in the 18th century – but it was under their impulse that the language, initially used only between Jews, moved out into broader slang, channeled through areas of life in which Jews had found a home, especially  the world of popular entertainment. The Jewish comedian – Mel Brooks, Woody Allen and above all Lenny Bruce [above] – garnishing his schtick or stage routine with Yiddish is an American staple. Bruce, who also filled his on-stage diatribes with black slang, jazz jargon and a general over-view of the current counter-culture, was  perhaps the exemplar of the type. Among the terms he gave his audiences were already, bubbe mayse, fress, kike, mensch, mockie, momser, nafka, the suffix –nik, putz, schlep, schlub, schmeer, schmuck, schnook, schnorrer, schtarka, schtup, shiksa, spritz, toches, tsuris, and tummler. The lexis both played to his often Jewish fans – as the recorded laughs make clear – but also introduced others to what seemed an arcane world.

Certain words, while not imported from Yiddish, draw on its for their origins.The Yiddish/Russian vyigrysh, profit, winnings lies behind vigorish, used by the US underworld to mean interest on a debt or loan; faggot, meaning a homosexual and often abbreviated as fag, still defies the etymologists, but while it may well be linked to the 18th century faggot, a derogatory term for a woman, it may also be underpinned by feygele, little bird. Another small bird is found in gunsel. As famously misunderstood after its use by Dashiell Hammettt in The Maltese Falcon (1930, movie 1941) to describe Elmer, Gutman’s sidekick, it has regularly been translated as ‘gunman’ and can be found as such in the pulp fictions of Robert Leslie Bellem, ‘Curt Cannon’ and several others. The reality is found in the German word gänslein, a little goose, thence Yiddish genzel, a man’s young male lover.

A version of this post originally appeared on The Dabbler in December 2012.

One thought on “Oi veh! – Mr Slang’s Guide to Yiddish”