Nige on a legendary hippie and his surprising family connection…

One of the more surprising facts about John Snagge, the old-school BBC radio announcer and boat race commentator (‘I can’t see who’s in the lead, but it’s either Oxford or Cambridge’) is that he was the guardian of a legendary figure of the English counterculture, Wally Hope [above].

Born (in 1947, into a wealthy family) Alexander Graham Russell, later Philip Russell, then Philip Hope, ‘Wally’, as he finally became, embraced the counterculture with fervour, rising through the ranks of the Dwarves (Notting Hill’s answer to the Yippies) to become the founder of the Stonehenge Free Festival.

This first took place at the Summer Solstice of 1974, with musical accompaniment by synth pioneers Zorch (named for the sound made by molten plastic dripping from a burning milk crate hanging from a tree), and would have attracted little notice if Wally hadn’t got 30 like-minded souls to stay on afterwards, in a field by the stone circle. Styling themselves ‘the Wallies of Wiltshire’, they established ‘Fort Wally’ and showed every intention of staying put. Attempts to evict them led to a High Court trial, duly reported in The Times:

A strange hippie cult calling themselves ‘Wallies’ claim God told them to camp at Stonehenge. The Wallies of Wiltshire turned up in force at the High Court today. There was Kris Wally, Alan Wally, Fritz Wally, Sir Walter Wally, Wally Egypt and a few other wandering Wallys. The sober calm of the High Court was shattered as the Wallies of Stonehenge sought justice. A lady Wally called Egypt with bare feet and bells on her ankles blew soap bubbles in the rarefied legal air and knelt to meditate. Sir Walter Wally wore a theatrical Elizabethan doublet with blue jeans and spoke of peace and equality and hot dogs. Kevin Wally chain-smoked through a grotesque mask and gave the victory sign to embarrassed pin-striped lawyers. And tartan-blanketed Kris Wally – “My mates built Stonehenge” – climbed a lamp-post in the Strand outside the Law Courts and stopped bemused tourists in their tracks.

The Wallies (motto `Everyone’s a Wally: Everyday’s a Sun Day’) – made the pilgrimage to the High Court to defend what was their squatter right to camp on Stonehenge. . . the Department of the Environment is bringing an action in the High Court to evict the Wallies from the meadow, a quarter of a mile from the sarsen circle of standing stones, which is held by the National Trust on behalf of the nation.

The document, delivered by the Department to the camp is a masterpiece of po-faced humour, addressed to “one known as Arthur Wally, another known as Philip Wally, another known as Ron Wally and four others each known as Wally”. For instance, paragraph seven begins resoundingly: “There were four male adults in the tent and I asked each one in turn his name. Each replied `I’m Wally”‘.

There are a soft core of about two dozen, peace-loving, sun worshipping Wallies – including Wally Woof the mongrel dog. Hitch-hikers thumbing their way through Wiltshire from Israel, North America, France, Germany and Scotland have swollen their numbers. Egypt Wally wouldn’t say exactly where she was from – only that she was born 12,870 years ago in the cosmic sun and had a certain affinity with white negative. Last night they were squatting on the grass and meditating on the news.

The Court found against the Wallies, so they moved to a patch of common land a few yards away, where they hung on until after the Winter Solstice. Wally Hope, who regarded himself as the leader of this open commune, would wander around telling anyone who could be bothered to listen that Sun worship was the key to everything, and that he had met the reincarnated Jesus Christ in Cyprus.

Wally Hope died of an overdose in 1975, in allegedly mysterious circumstances, following a drug bust and a spell in psychiatric hospital. Conspiracy theories sprang up instantly around his death (and were revived by the political punk band Crass, whose 1982 release Christ: The Album was a concept album based on the life and death of Wally Hope), and his ashes were scattered, fittingly enough, at Stonehenge. He was just 28 when he died – still two years short of the age at which he would have come into the family money.

Heaven knows what John Snagge made of it all. 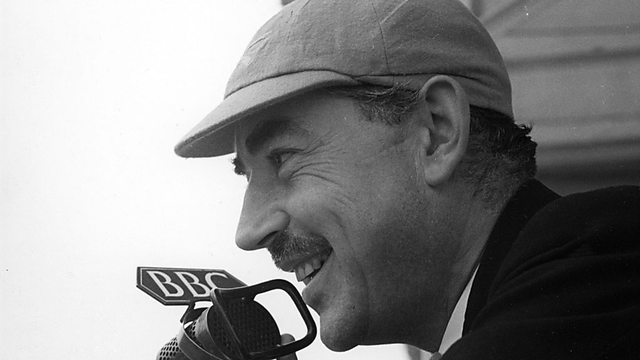 2 thoughts on “John Snagge, Wally Hope and the Counterculture”