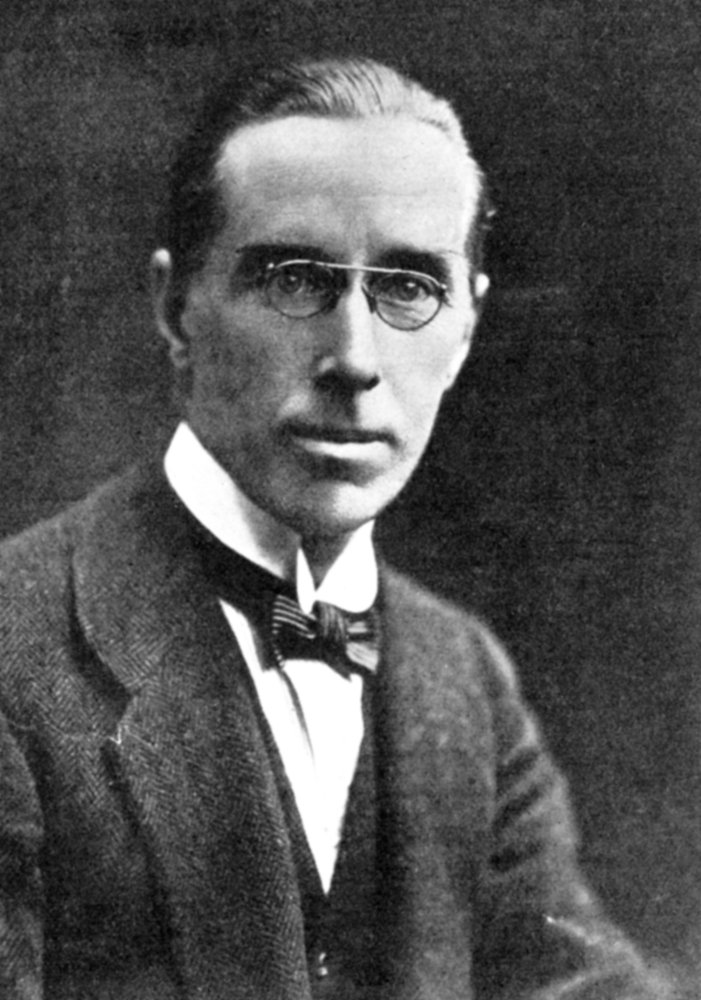 Steerforth discovers Warwick Deeping, once a prolific writer of bestsellers, now all but forgotten (and in this case, perhaps deservedly so)…

In his wonderful essay Bookshop Memories, Orwell lamented that the authors who were most popular with his customers were Ethel M Dell and Warwick Deeping. I didn’t recognise the first name, but the second was familiar from my early days in bookselling when a few of Deeping’s fans were still alive, albeit barely.

I remember the look of incredulity when I explained that Deeping’s novels were all out of print. He was, after all, one of the bestselling novelists of the 20s and 30s and had published over 70 books by the time he died in 1950. To go from being so successful to a name that was unknown to anyone born after 1930 seemed a particularly harsh fate. Was he really that bad?

It was obvious that Deeping’s novels weren’t forgotten classics but perhaps, like Hugh Walpole and Delderfield, they were perfectly fine middle-brow novels that deserved a new generation of readers. I would have to try and get hold of one.

At first I didn’t have any luck, but one day my wife found a Deeping novel called Laughing House in a local charity shop. The jacket is quite nice: 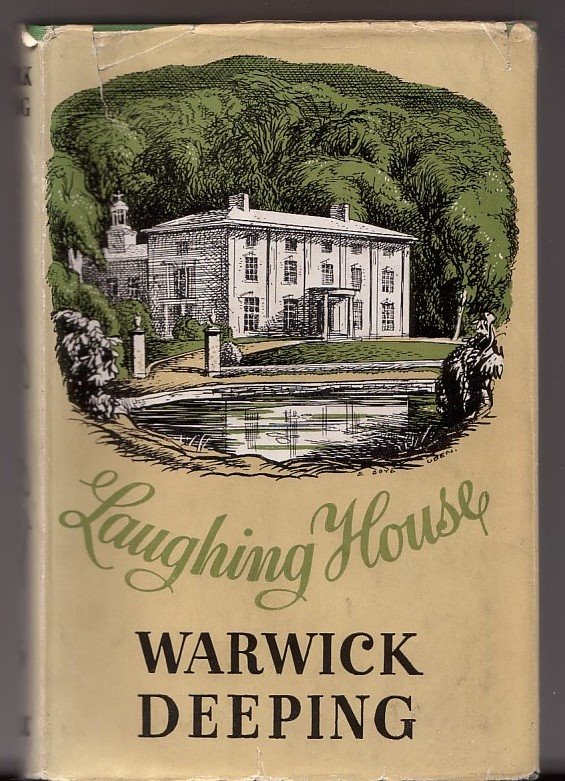 But even better is this beautiful book plate, which someone has pasted inside the front cover. Are those bombed-out buildings in the background? Given the novel’s publication date of 1946, they could be: 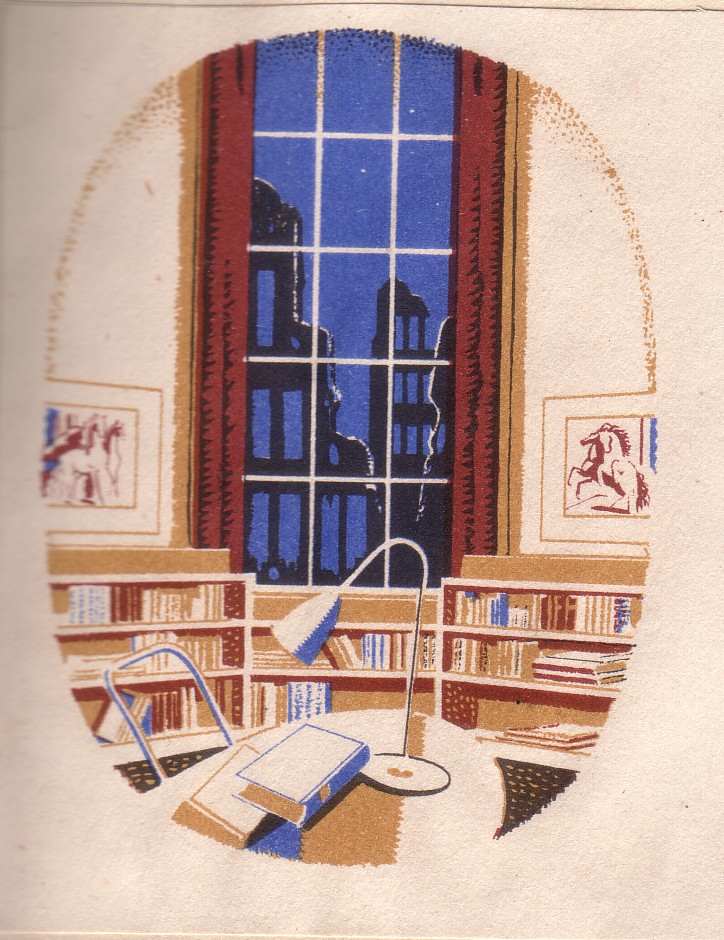 On the back of the dust jacket, there is a comprehensive list of Mr Deeping’s novels to date. He certainly was prolific, but was it a case of never mind the quality, feel the width? 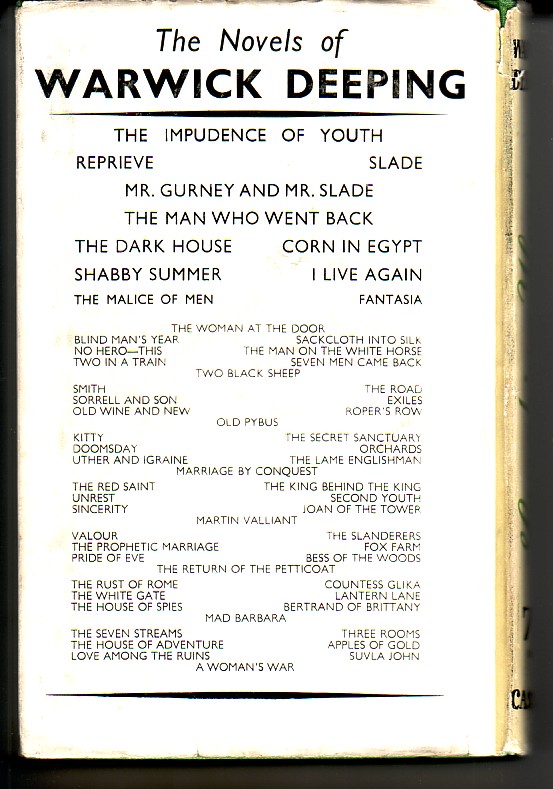 I opened the book and started reading:

This is the story of a House, a house which was born in more spacious days, and sat placidly for many year like a white bird in a green nest, a house that suffered one war and grievous sorrow, and survived to suffer in yet another war. Its history is human history, as a house’s history should be, if it has strength and breadth, beauty and dignity. Many such houses are doomed to die. Some will survive to live strange, new lives, for the new rhythm – like jazz music – is not of the age that created them.

My prejudices…are those of an old man, and to the young the old can be boring. I understand that to some of the young we are known as “Bumbles.” Well, this is the book of a Bumble.

At this point I felt that I had read enough. I flicked through the rest of Laughing House and saw page after page of Pooterish prose and jolly ‘By jove!’ dialogue. I decided that Warwick Deeping wasn’t for me.

Deeping’s best-known novel is Sorrell and Son, which was dramatised by the BBC in 1987. I assume that the novel was reissued then, but can’t find any record of it. There is a glowing review for the novel on Amazon, which reads as follows:

This is a deeply moving and uplifting story of a father’s devotion to his son’s future set after World War 1. Written at a time when such simple values as courtesy, consideration, hard work and simple rewards were accepted as normal. I have read the book many times and been moved to tears by developments in the closing pages.

So perhaps I shouldn’t judge Warwick Deeping on the strength of Laughing House. Maybe he was having an off day when he wrote it.

I have found this splendid photo of Warwick Deeping. As you can see, he was no looker… 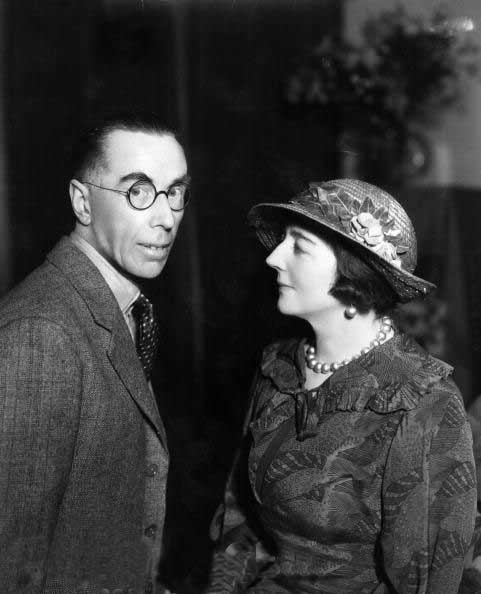