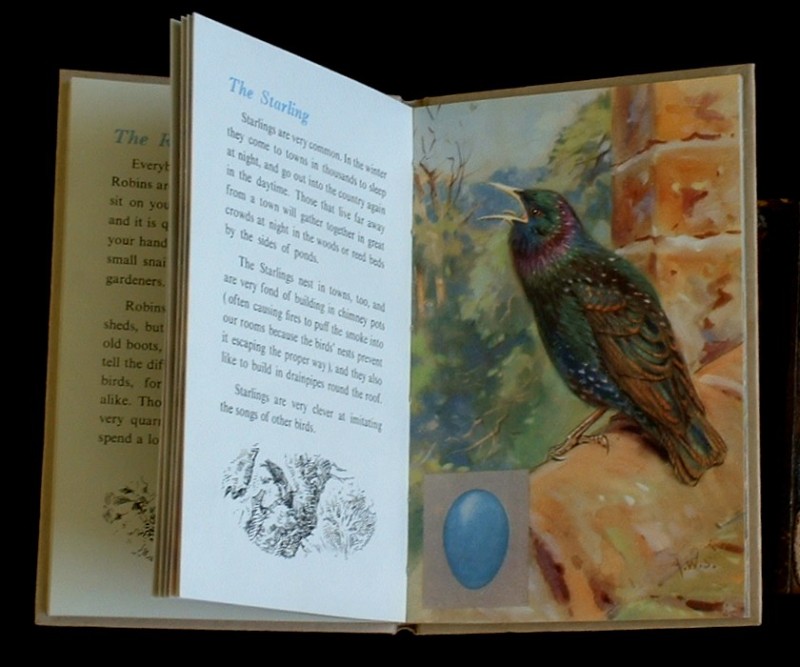 ‘Jays are not nearly so nice as they look’ – that’s how people used to write nature books. Ornithology-enthusiast Nige makes a Proustian discovery in a charity shop…

There it was, in the window of the local hospice shop: British Birds and Their Nests – by Brian Vesey-Fitzgerald, with colour illustrations by Allen W. Seaby.

A Ladybird Senior, with Seaby’s kingfisher on the wrapper (and a line-drawing of a thrush in full song on the board beneath). This was the bird book of my earliest childhood, before even the Observer’s Book of Birds. 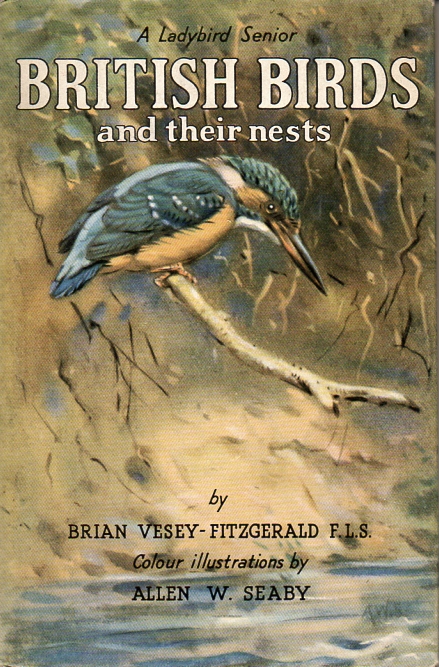 Naturally I bought this portal to the past. It was a copy still in good condition, the flyleaf effusively inscribed
‘To Eric from Gran and Grandad. Glasgow, 1955.’

The author, Brian Vesey-Fitzgerald, was a massively prolific writer on natural history and country life, a radio broadcaster and, from 1938 to 1946, editor of The Field. His foreword to this Ladybird book ends by urging children to

look at these lovely pictures very closely, and then go out and see how many of the birds in this book you can find. You can try to find their nests as well, but if you do, do not take the eggs – just look at them. Good Hunting!

Yes, this book dates from a period when children routinely sought out birds’ nests, but when the official line discouraged the taking of eggs. Nowadays a children’s bird book showing nests and eggs would be unthinkable – which is a sad loss, as knowledge of nesting habits and appreciation of the ingenuity of their construction and the beauty of the eggs was an important and basic part of our knowledge of and relationship with birds.

Seaby’s illustrations include an inset image of the bird’s egg, with a line drawing of its nest at the foot of the facing page. The pictures of the birds are delightful – tending towards a kind of prettiness that is of its period, but deftly and accurately conveying the appearance, habitat and typical behaviour of the species depicted.

The accompanying words by the doughty Vesey-Fitzgerald are equally effective thumbnail sketches. Here is the first bird in the book, the Yellowhammer – and it is hard to imagine the essence of the bird captured much better in so few (and child-friendly) words:

This is the little tubby bird, with the bright yellow cap, that sits on the telegraph wires or the very tops of the hedges, and sings to you as you pass by: “A-little-bit-of-bread-and-no-cheee-ee-se.” The Yellowhammer builds a very neat and tidy nest close to the ground (sometimes right on it), in a bush or on a hedgebank. This bird does a great deal of good, for the Yellowhammer eats hardly anything but insects, and catches many more to feed its chicks. It seems to sing all day long, too, and is a very busy, happy little bird.

Vesey-Fitzgerald takes a firm line on the moral character of birds, and there are clearly some he does not at all approve of. Here he is on the Jay:

Their voices are not nearly so beautiful as their feathers – being just a loud scream – and as soon as you go into a wood where Jays live, they screech at you, warning all the other birds that you are coming. In fact, Jays are not nearly so nice as they look, for they steal other birds’ eggs, and sometimes kill and eat little birds as well. Jays are also very fond of green peas. [he concludes through gritted teeth. Vesey-F is clearly a gardener.]

He is no easier on the Magpie:

The Magpie, like the Jay, is a very beautiful bird with a rather nasty nature. It is, in fact, a cousin of the Jay… Magpies kill young birds and steal eggs, but they do much less harm in gardens than Jays.’ [he says in mitigation].

All the birds in this little book are, Vesey-F assures his readers, common. He was writing at a time when a suburban boy could expect to see Linnets and Yellowhammers without looking far from home, when the Tawny Owl (Brown Owl to Vesey-F) hooted in every park and garden, and the Turtle Dove – the Turtle Dove! – was a common summer visitor. Ah those far-off summers when the voice of the turtle was heard in the land…

The illustrator Allen Seaby, by the way, was a distinguished figure, Professor of Fine Art at Reading, where among his pupils was Kathleen Hale, who gave the world Orlando the Marmalade Cat. And Seaby’s grandson is Robert Gillmor, artist and ornithologist, who makes rather wonderful linocuts of British birds. Those are his Sea-Pies – Oystercatchers – below. 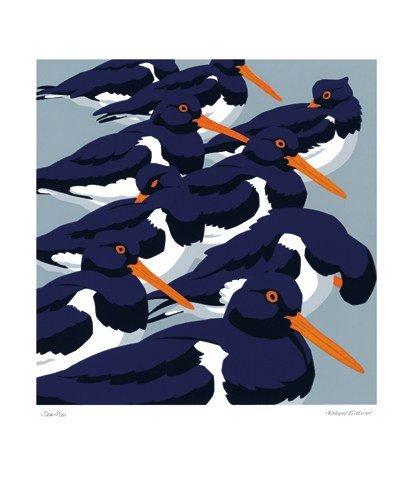