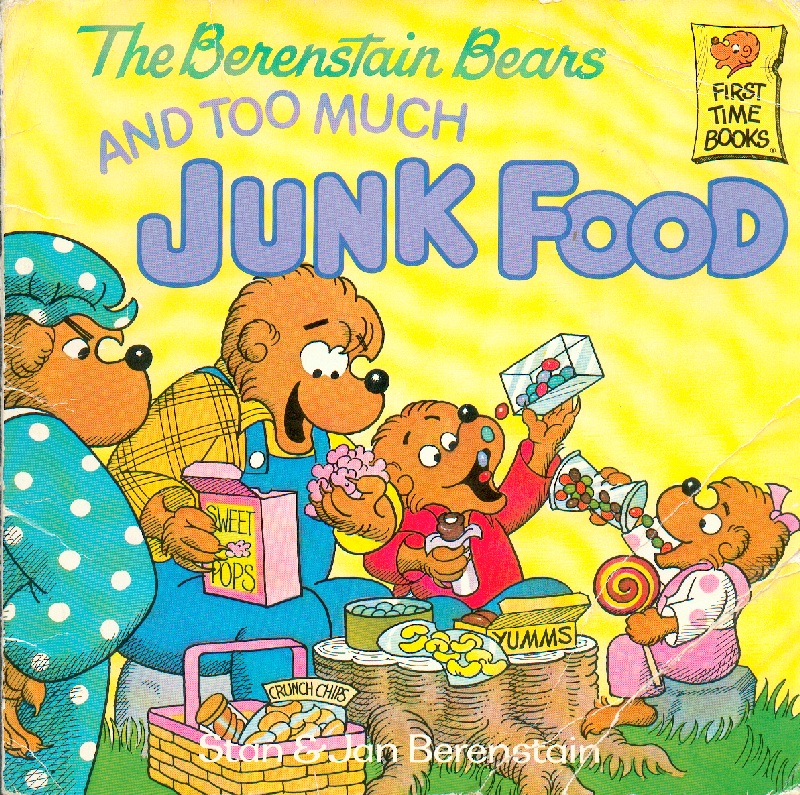 They simply wrote a lot of popular children’s books about a family of bears. So how did the Berenstain’s manage to enrage two quite different sets of modern moralists?…

Usually the death of a prominent person is greeted with respectful appraisal. After a while it fades, but initially “don’t speak ill of the dead” is the obituarist’s watchword. Exceptions are made for mass killers, Mrs Thatcher, and Stan and Jan Berenstain, husband-and-wife authors of The Berenstain’s Baby Book, How To Teach Your Children About Sex Without Making a Complete Fool of Yourself, and, most crucially for their legacy, the Berenstain Bear series of children’s books.

The Berenstain Bears, for those readers unfamiliar with them, are an anthropomorphic bear family, comprising the paterfamilias Papa Q Bear, Mother Bear, Brother Bear, and Sister Bear. With their fairly overt moralising, the Bears do not even attempt the kind of nods to adult sensibilities that many grown-ups now rather selfishly expect from children’s entertainment. Brother and Sister are inevitably taught worthwhile lessons about responsibility and so on. They live in a rather bucolic setting on the fringe of the kind of small town America we all know primarily from fictional portrayals.

Naturally the Berenstains reflected the various mores of their times, and their Bears had an explicitly didactic, helpful aim. They seemed to have lived fairly typical mid- to late Twentieth Century lives. Stan Berenstain died first, aged 82, in 2005, and inspired the journalist Paul Fahri to this obituary:

The larger questions about the popularity of the Berenstain Bears are more troubling: Is this what we really want from children’s books in the first place, a world filled with scares and neuroses and problems to be toughed out and solved? And if it is, aren’t the Berenstain Bears simply teaching to the test, providing a lesson to be spit back, rather than one lived and understood and embraced?

There is, however, always something off in the Bear family, and his name was Papa. More than just a comic figure, he is the Negative Example by which his family learns its lesson. Stan Berenstain has said that he modeled Papa after himself, but Papa is really a stock character, a Dagwood Bumstead or Ralph Kramden for the pre-kindergarten set. That has always been the smaller of the criticisms about Stan and Jan Berenstain’s stories: That by depicting dads as doofuses, they undercut the very parental authority and wisdom they seek to embrace. Can young children accept the Berenstains’ teachings without noticing a parallel message — that dads are dummies who are better off ignored?

All this was written with Stan recently dead. While the Berenstains were still alive, the psychiatrist turned neoconservative commentator Charles Krautenhammer had in 1989 penned a rather alarming screed revealing the Berenstains aroused as much of his scorn as wimpish liberals did.  He also into the Berenstains as subversive of masculine authority: “the post-feminist Papa Bear, the Alan Alda of grizzlies, a wimp so passive and fumbling he makes Dagwood Bumstead look like Batman.” 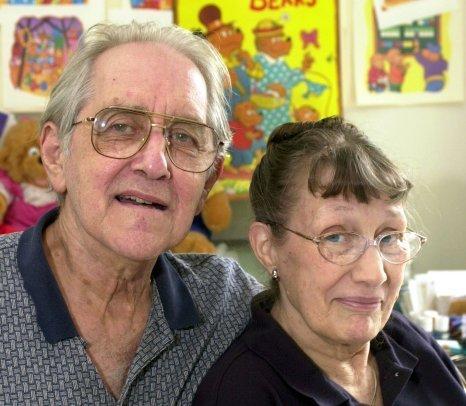 “Good riddance” are possibly the most toxic words possible to use about the recently departed, but the Berenstains managed to provoke one commentator into exactly that. Jan died of a stroke in 2012, and her death inspired Slate’s Hanna Rosin (whose blog is subtitled “What Women Really Think”) to write: “As any right-thinking mother would say, good riddance.” For Rosin, however, Mama Bear is the problem:

There, in the big treehouse down a sunny dirt road deep in Bear Country is Mama Bear, known only ever as Mama Bear, wearing the same blue polka-dotted muumuu and housecap in every single book, inside the house and on the very rare occasions when she leaves it. (What’s her problem? Is there no Target in Bear Country? Is she too busy to change? Is she clinically depressed?) Mama Bear’s only pleasures in life seem to come from being the Tracy Flick of domesticity, making up charts for good behavior and politeness, encouraging her children to use pretentious British affectations such as “terribly sorry” and “lovely, my dear.”

Rosin did later apologise, for “not really thinking of her as a person with actual feelings and a family, just an abstraction who happened to write these books”, but the riddance-wishing and headline remain online until the end of time when the Internet will fall into the sea.

There seems to be a whole lot of projecting going on in all this. For Fahri and Krauthammer, Papa Bear is an emasculated dolt; for Rosin, Mama Bear is some kind of Stepford Wife-esque figure.

The Berenstain Bears cartoons were solemnly devoured by my daughter when she was five (although now she is six she has moved on to programmes about talking dinosaurs on time-travelling trains). Looking over her shoulder, I couldn’t see what all the fuss was about. The cartoons were not very interesting for an adult, but they aren’t meant to be. I failed to find either the emasculated father or neurotic mother. Fahri becomes particularly exercised that the Berenstain’s world excluded the possibility of negative emotion and evoked “a world filled with scares and neuroses and problems to be toughed out and solved” which all sounds very worthy on his part, until you remember that children generally dislike being scared and would rather like to solve their problems.

Fahri and Rosin are united by more than simple Berenstain-loathing; they both exemplify a more recent trend in adult approaches to children’s culture. While traditional moralists wished
for children to read improving tales which exemplified their own worldviews, more recent moralists wish for children’s culture to be free, whimsical, unhindered by ostensibly moralist impulses. Adults also increasingly demands little hat-tips to their own adult cleverness. Children’s entertainment becomes adult entertainment.

Children, of course, do love whimsy and fantasy and so forth. They also seem to have a great appetite for simple stories with clear morals of which the Berenstain Bears seem to be a perfect example of. Fahri in particular seems to demand some kind of sophisticated, sixth-stage-Kohlbergian morality , and Rosin seems to particularly object to Mama Bear’s outfit, but perhaps a children’s story is not where they are likely to find what they are looking for.

The Berenstain’s neat trick in outraging two sets of quite different contemporary moralists reminds one of a universal truth of children’s literature, children’s cinema – what could be called children’s culture generally. It tends to defy and escape adult control and adult aspiration, even though it is in so many respects entirely purchased with adult economic resources and within an adult cultural framework. Children’s stories will always be contested, an arena for moralists, especially the supposed anti-moralists, to try and shape the minds of the next generation. Of course, minds are not such easy things to mould after all.

3 thoughts on “The Berenstain Bears and the Moral Minefield”