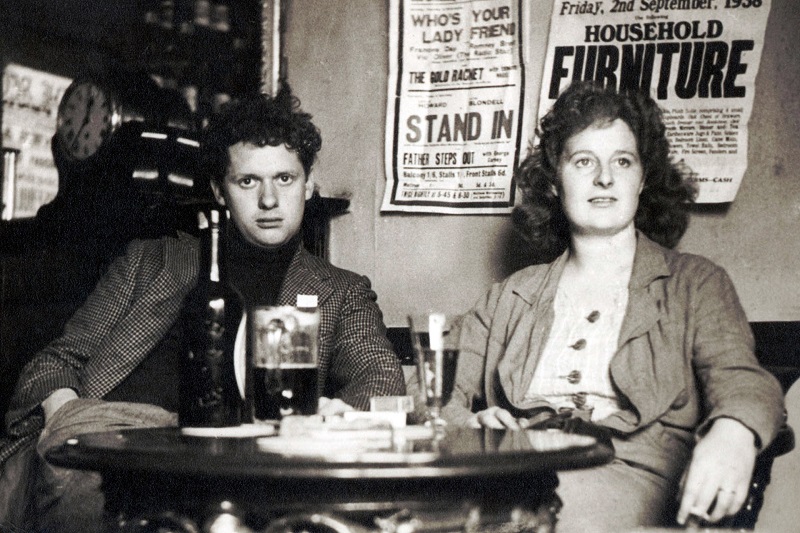 Happy New Year from all the Dabblers. To get you in the mood for tonight’s celebrations, here’s Mr Slang’s very first dabble from the archives, all about being drunk…

If I do a rough count of the main themes that inform my recently published Green’s Dictionary of Slang, I find – are we surprised – that crime and criminals top the lists with just over five thousand words and phrases. But hard on their heels are drink, drinking and drunks, a solid 4,600. And of these 1200 mean simply drunk. They span the centuries and slang’s inventiveness in this ever-alluring area shows no signs of diminishing.

It all starts, as it should with booze, or rather bouse or bowse, which turns up in the very first ‘slang dictionary’, Robert Copland’s Hye Way to the Spitel Hous, published c. 1535. The word comes from the Dutch buizen or German bausen, and both mean to drink to excess. Further back one finds a deeper Dutch root, buise, a large drinking vessel. The word crossed the north sea in 1300, but still as the container rather than the contained, and it was not until the 16th century underworld took it up that bouse, and booze as it has been spelt since the 1670s, really took off.

After that, the terms come thick and fast. There’s a simple group of similes; drunk as a bastard, bat, boiled owl, brewer’s fart, cook, dog, fiddler (or his bitch), fish, fly, fowl, hog, king, little red wagon, lord, monkey, pig, piper, poet, skunk (in a trunk), tick, top, and a wheelbarrow. There is also, of course, pissed, often, if implausibly as a fart, newt or rat.

Then there is full: as a boot, a bull, an egg, a fairy’s phonebook, a fiddler, a goat, a googy egg, a pig’s ear, a seaside shithouse on Boxing Day (in Australia Christmas falls in mid-summer), a state school hat-rack, the family po, and two race trains. There is lit to the gills and lit up like Broadway, a Christmas tree, Main Street, a store window or Times Square. And there is loaded: to the barrel, the earlobes, the gills, the gunnels, the hat, the muzzle, the Plimsoll mark and the tailgate.

To be drunk is, usually, to have lost at least something of one’s grip on reality. Thus one of the largest sub-categories of drunk slang is a group essentially meaning ‘confused’ or ‘muddle-headed’.

In chronological order the 17C gives concerned, foxed and having a piece of bread and cheese in the head. The 18C has awry, muddled, bemused, dizzy, fuddled, jiggered and muzzy (either from bemused or from the dialect mosey, which means either confused or tipsy).

As well as the relatively quotidian terms moony, muggy, noddy (one’s head nods), oddish, flummoxed, flustered, foggy, fluffy, fuzzy, mixed, obfuscated and woozy, the 19C adds all at sea and off one’s nut plus such phrases as can’t see a hole in a ladder, can’t say Naval Intelligencer, can’t find one’s arse with both hands, can’t hit the ground with one’s hat, plus having a guest in the attic or being queer in the attic.

Wet, damp and sozzled (both 19C, the latter either from the dialect term sozzly meaning sloppy or wet, or the US sozzle: to moisten) and coming from Liquor Pond Street are succeeded by the 20C’s all wet. Other recent-ish terms include flying blind, mizzled, globular (possibly from ‘going round in circles’), goofy, bleary, far gone, gaga (from the French gateux: an old man so feeble as to have become incontinent), looped (from loopy: crazy), not all there and its semantic relation out to lunch, out of one’s mind. Buzzed means confused here, although both drink and drugs can offer a buzz or sensation. Finally, wollied, from the popular 1980s term wolly or wally, meaning a fool.

Then there’s pixillated, which began life in the Frank Capra film Mr Deedes Comes to Town (1936) and was allegedly an elision of`pixy-led’, used initially to mean crazy, it soon gained its secondary, now more general meaning.

From confusion in the head springs unsteadiness on the feet. The weaving drunk makes indentures with his legs (from the custom of indenting the top edges of legal documents), is out of register (from the printers’ jargon for badly set type) or carries a turkey on his back (from drive turkeys to market: to be unable to walk straight). He is skew-whiff or squiffy (from either skew-whiff or from swipes: beer), tweeked (i.e. moved slightly out of true), slewed, listing to starboard, rolling, helpless or in difficulty. His arse is on backwards, he has the blind staggers, and walks on his cap-badge or rocky socks. He can feel swinny (dialect swinny: giddy) and swivelly (unsteady). Lame and legless, he loses his rudder, goes belly up, gets the gravel rash, goes down with barrel fever and starts watching the ant races while lapping the gutter. Collapsed, he lies below the mahogany (i.e. the bar) or under the table.

Images of violence abound. Aside from the early jug-bitten, hit on the head by the tavern bitch and bitten by a barn-mouse, the hapless sufferer has been basted, belted, blasted, blitzed, boiled, bombed, fractured, fried, hammered, shellacked, totalled, trashed, twisted, wrecked, sloshed, smashed, shattered, croaked, crooked, damaged, done over, overshot, and dead-oh. Alternatively there are floored, cupshot, pot-shot and –sick , scammered, chucked, clinched, shot in the neck (i.e. throat), clobbered, crocked and crocko, swacked and swacko, squashed, embalmed, laid out, snockered, wasted, wazzocked and whazood. Spiflicated or (more rarely) smifligated, which seems tailor-made for a school story of the 1950s, is actually an 18C coinage, originally meaning confounded or silenced, thence progressing to mean beat up, thrash or kill.

One thought on “Twelve hundred words for Drunk”