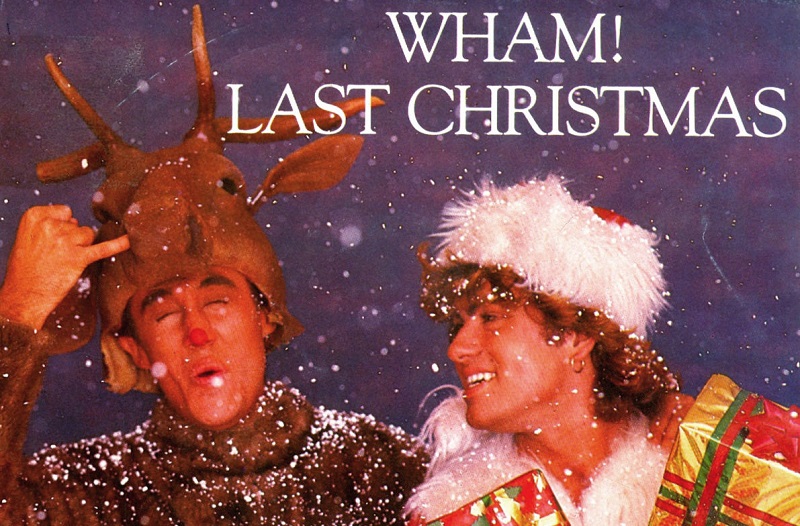 At this stage of the proceedings to ask you to pay some attention to a Christmas song is about as palatable a proposition as asking you to polish off another box of sickly chocs. However, I think there’s one that has almost certainly been collected up with the other gaudies for storage until next year which deserves a second listen: Last Christmas by Wham.

Now, I can almost hear your scoffing and sneering from here. But just try a thought experiment: imagine it was written twenty years earlier, by Holland-Dozier-Holland, performed by Smokey Robinson and the Miracles, and released on the Motown label. Done that? Have you put it alongside a couple of Smokey’s other hits, Tracks of my Tears and Tears of a Clown?

What I think should now have happened is that the song’s novelty value and naff reputation should have drifted into the background, along with George Michael’s Princess Diana quiff and the fact that he was a middle-class Greek boy from Finchley. Holds its own, doesn’t it? Its compelling melody, its deceptive lightness offsetting a rather tortured melancholy, and its subtle but intense emotionalism puts it up there with some of Motown’s finest.

And as for soul? More than Smokey, George was a singer-songwriter (no, really he was). So when you reflect on his tabloid trials – the out-of-control drug-taking, the tragic love life, the sense of loneliness, the painful shyness – you surely can’t doubt that when he wrote Last Christmas it was very deeply meant.

Indeed, the wistfulness and frustration of the lyrics are brought into sharper relief now that we know they were written by a gay man who was still very firmly in the closet. They’re not bad technically either, at least for a pop song: some clever rhyming, precise language and interestingly confused and shifting sentiments. In fact, here they are. Tell me you’re not hearing sad chimes and honeyed but agonised crooning as you read:

Last Christmas, I gave you my heart
But the very next day, You gave it away
This year, to save me from tears
I’ll give it to someone special

Once bitten and twice shy
I keep my distance but you still catch my eye
Tell me baby do you recognise me?
Well it’s been a year, it doesn’t surprise me

(Happy Christmas!) I wrapped it up and sent it
With a note saying “I Love You” I meant it
Now I know what a fool I’ve been
But if you kissed me now I know you’d fool me again

A crowded room, friends with tired eyes
I’m hiding from you and your soul of ice
My God I thought you were someone to rely on
Me? I guess I was a shoulder to cry on
A face on a lover with a fire in his heart
A man undercover but you tore me apart
Now I’ve found a real love you’ll never fool me again

I’m even going to defend the video: watched now it seems a surprisingly innocent and lovely ’80s period piece: