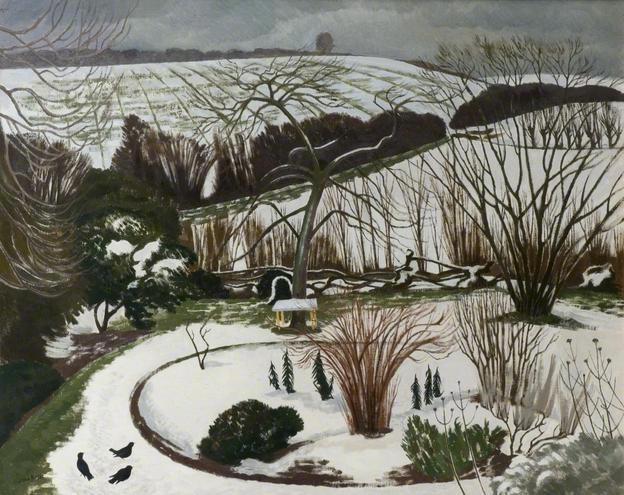 The word that comes to mind when I think of R. S. Thomas is fierce. However, having said that, I feel that I have fallen into the stereotypical view of Thomas as The World’s Grumpiest Poet.  To wit, the man who was peremptory when not silent, living in an unheated stone cottage on the coast of Wales.  To my mind, this makes him, well, a human being. And, of course, there’s this:  his poetry is often graceful and beautiful.

Thomas’s fierceness is reflected in his lifelong battle with God. This battle consisted of Thomas stubbornly waiting upon God’s equally stubborn silence, with Thomas commenting upon this state of affairs in his poems. The battle was made a great deal more piquant by the fact that Thomas served as an Anglican priest for 42 years, ministering to rural parishes in Wales (the subject of another of his love-hate relationships).

All of this leads to a seasonal note:  over the years, Thomas wrote a number of lovely Christmas poems. How shall I describe the poems?  A bit fierce, yes, but withal lovely.  A selection follows.

I choose white, but with
Red on it, like the snow
In winter with its few
Holly berries and the one

Robin, that is a fire
To warm by and like Christ
Comes to us in his weakness,
But with a sharp song.

Christmas; the themes are exhausted.
Yet there is always room
on the heart for another
snowflake to reveal a pattern.

Love knocks with such frosted fingers.
I look out.  In the shadow
of so vast a God I shiver, unable
to detect the child for the whiteness.

He is alone, it is Christmas.
Up the hill go three trees, the three kings.
There is a star also
Over the dark manger.  But where is the Child?

Pity him.  He has come far
Like the trees, matching their patience
With his.  But the mind was before
Him on the long road.  The manger is empty.

I find it interesting that most of Thomas’s Christmas poems (at least the ones that I have been able to find) are in the two-stanza, eight-line form found in the poems that appear here.  This may merely be a matter of coincidence.  Or perhaps it is a reflection of his laconic, no nonsense personality.  I wonder what his weekly homilies were like.  I can imagine the members of his congregation exchanging glances.

What is Christmas without
snow?  We need it
as bread of a cold
climate, ermine to trim

our sins with, a brief
sleeve for charity’s
scarecrow to wear its heart
on, bold as a robin.

Erect capital’s arch;
decorate it with the gilt edge
of the moon.  Pave the way to it
with cheques and with credit —

it is still not high enough
for the child to pass under
who comes to us this midnight
invisible as radiation.

The moon is born
and a child is born,
lying among white clothes
as the moon among clouds.

They both shine, but
the light from the one
is abroad in the universe
as among broken glass. 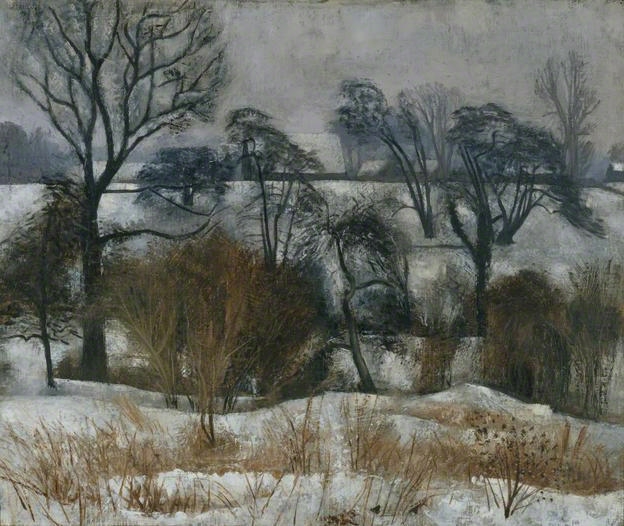