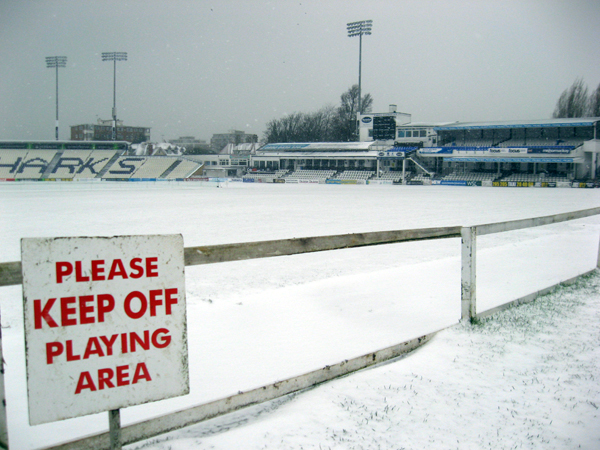 Is there anything in sport more melancholy than the English cricketer when the long winter begins? Jon Hotten – The Old Batsman himself – looks back on his efforts in the summer of 2014…

After one of my worst seasons ever with the bat last year, I began 2014 by scoring one run in May (compadres for all-time, me and that run; a prod to extra cover for a harassed single…) Something had to give. Maybe it would be me. I just wasn’t sure any more, and batting has always demanded a kind of certainty – of footwork, of judgment, of many things that I was no longer certain about.

Yet the game has a habit of turning round to face you for no reason other than it sometimes does. It’s not so much fickle as implacable, neither for you nor against in the long run. It happened for me at Sheffield Park in deepest Sussex, where Grace once turned out for Lord Sheffield’s XI and hit an old oak that stands by the pavilion on the full (the square’s been turned around since then, but it’s a good eighty yards, perhaps more, and it was nice to stand in the middle and have a sense of his power).

It was a shimmering summer’s afternoon, with clouds of midges glinting in the soft air by the edge of the woods, and we were facing familiar and friendly opponents. I’d made a few – well more than one, anyway, which was an improvement – when a ball going down the leg side brushed my heel on the way through to the keeper. There was a half-hearted appeal for a catch and the umpire gave it.

It was out of my mouth before I could stop it. I felt bad about that, but not as bad as I did about the decision. I was trudging away when Matt, the opposition skipper, asked me if I’d hit it.

‘No,’ I replied, completely honestly, and he withdrew the appeal and called me back. It was a generous act on his part, and something that’s never happened to me before. I got an unlovely fifty that day, and for whatever reason everything changed. Oh I didn’t suddenly become Brian Lara, but my mind cleared. In the dreaded vernacular of the sports psychologist, I got out of my own way. I forgot about the plan I had to stop worrying and play more freely, because I do worry, and I don’t play freely, at least not until I’ve been in for a while (and even then it’s debatable.) I started worrying again. It felt good, or at least it felt normal.

Ultimately, the most important thing in the mental half of batting is self-awareness. You can yearn to be the player you’re not, but it’s more purposeful to embrace the player that you are. I had a few matches in my old position as an opener, and it helped me to realise what I was okay at: reasonable defence; good judgement; I can be hard to get out; I know my scoring shots. It’s not the glorious vision of cricket that I carry in my head, but it’s something.

And I had the noble Kudos in my hand. Newbery offered it to me at the start of the season (not that I took much persuading) and thinking about not batting with it is already giving me the horrors. It’s been a while since I had a bat that I’ve really bonded with, but me and the Kudos, well… is there language to describe our love?

What a thing it is, played in now and bearing its scars – a hairline crack running horizontally across its slender shoulder, the bite marks from the seam of the ball that did it just below, the blade blushed with the remnants of dye from red leather.

I can still remember the first time I found its true middle, that deep, sweet spot where you feel only a suggestion of contact in your hands. It was a full toss from the opening bowler that I managed to hit straight to mid-off – no run, but a defining moment for me and that bat: the ball left the blade with a throaty crack and rocketed away. I got a few runs that day, but that point of pure connection with the absolute centre of the bat remained something rare and wondrous, a quest worth chasing.

I stopped wearing a thigh pad too. What a revelation that was. My team-mate Hoggy tipped me off to it.

“What’s it going to hit?” he said. “Just your muscle. And there’s no-one quick enough for it to really hurt…” So I rid myself of the cursed thing and gambolled around like a spring lamb.

It’s my final tip to anyone that wants one. Ditch the thigh pad. Let it go. Run free, my friend, and be yourself. Worry, mither, chip them runs out however you can. Let it flow, baby, let it flow…

2 thoughts on “The Cricketer in Winter”