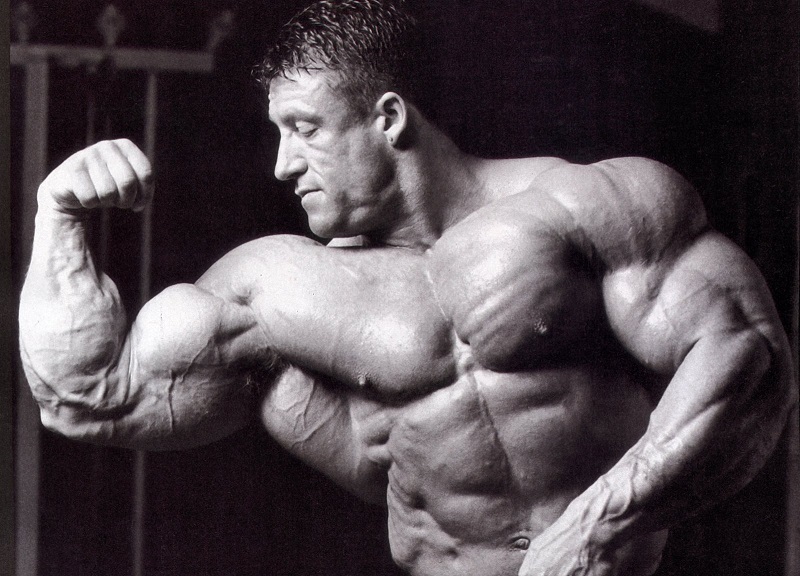 Jon Hotten – aka the Old Batsman – is known for his cricket writing. But he’s also the author of Muscle, a hugely entertaining insight into the alarming world of professional bodybuilding. Here he explains how his involvement with the muscle business began…

Bodybuilding is a world that seems very distant from cricket, yet a few months ago came news that David ‘Syd’ Lawrence, erstwhile England quick bowler, has at the age of 50 become the NABBA West Of England over 40s Champion. He describes getting into contest shape as “the toughest thing I’ve ever done, physically or mentally”.

NABBA is the UK’s amateur bodybuilding organisation, and at 50, there’s no chance of Syd entering the mad, bad world of the professional – he’s far too sensible for that anyway.  If you want to know the difference between amateur and pro, this is Ronnie Coleman: 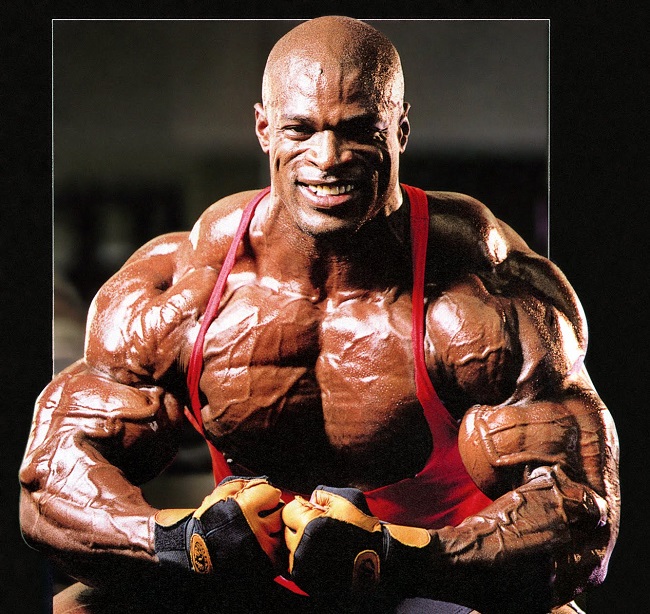 Sometimes worlds collide in unexpected ways. I remember exactly when it started because it was the day after Princess Diana died. I’d arranged to go to Cardiff for a newspaper piece, to interview a bodybuilder called Grant Thomas. Neither of us saw any reason to cancel. The roads were empty as I drove down there.

Grant was trying to become Mr Universe. He thought it might be a way out of an ordinary life for him and his girlfriend and their baby. He sat in his living room sipping de-ionised water, several ornate plastic trophies he’d won arranged by the TV. He was on his pre-contest diet which made him feel weak, but he still looked big, even under the baggy tracksuit he was wearing. Through Grant I discovered that although Mr Universe was probably the most famous title in bodybuilding and the only one that people outside of the sport could name, it was actually an amateur contest. Winning it brought no money but instead a potentially more valuable prize, the ‘pro card’ which would enable him to compete for the really big titles – the Night of Champions, the Arnold Classic and the greatest of them all, the Mr Olympia.

Becoming Mr Olympia was the goal of every pro bodybuilder. Mr Olympia got a $110,000 cheque and a contract worth double that to appear in Joe Weider’s bodybuilding magazines. He could charge thousands of dollars for personal appearances at gyms and expos and waltz through smaller contests in which no-one could beat him. Mr Olympia had been going since 1965 but only nine men had ever held the title, including the most famous of them all, Arnold Schwarzenegger, who had won seven times before he went to Hollywood and became a movie star.

It was hard to win because building the amount of muscle required to be Mr Olympia took years and years of heavy training, vast calorie consumption and the careful application of steroids and other artificial aids like insulin and human growth hormone. It was impossible to become Mr Olympia, or even a pro bodybuilder, without using them. It was the main difference between the professional and amateur sides of the sport. As Grant admitted, wryly, he couldn’t afford to take steroids. In fact, he could only eat the 21 chickens that he consumed each week because he had a deal with the local butcher.

Yet drugs were not the key to becoming Mr Olympia. If they were, any tragic iron junkie or addled gym rat could win. What it took was an extremely rare genetic suitability, plus the will to train hard and live an ascetic but nonetheless dangerous life. And from Grant I discovered that throughout the 1990s, while England’s cricketers and footballers, rugby players and tennis stars had found a hundred ways to fail, we had an unbeatable champion that no-one knew about.

His name was Dorian Yates [top], and he was just about to become Mr Olympia for the sixth time. In doing so, he had ushered in a new era of the sport, the era of the freak, in which even men like Arnold Schwarzenegger were puny by comparison. At his terrifying peak Dorian Yates looked like no-one else on earth, some sort of strange post-human.

A few years later, when I was hunting for a sport to write about that didn’t involve interviews set up by PR companies and copy approval and endless, meaningless clichés from both sides, I thought of bodybuilding. It was wild and mad and hidden, and while I might never get to speak to say, David Beckham, I could walk right up to Ronnie Coleman, the man who had succeeded Dorian as Mr Olympia, and ask him whatever I wanted, because outside of bodybuilding, no-one had any idea who he was.

It was a dream of a story. I got to know Dorian Yates, and his business partner, an amazing man named Kerry Kayes, and spent the next couple of years periodically jetting off to see the Dutch Grand Prix and the Arnold Classic and the Mr Olympia itself. Everywhere I went with Dorian, he was mobbed. I learned about the vicious rivalries, the bitter feuds, the drug deaths, the judging fiascos, the nobility and the sacrifice and the determination, the redemptive power of posing to music in a tiny pair of spangly trunks. I got locked in a room with Arnold Schwarzenegger and stuck in a lift with Ronnie Coleman. It was one of the weirdest, funniest things I’ve ever done. I wrote a book about it – Muscle.

The last bodybuilding show I saw was the Mr Olympia 2003 in Las Vegas, when Ronnie won his sixth title and got $110,000, a Cadillac Escalade and a gold dagger. Arnie had just been elected governor of California and made a special guest appearance. It was always going to be hard to top, plus once I’d finished writing I didn’t really have an excuse to go any more.

NB: The piece about Syd Lawrence linked above refers to him being at ‘zero per cent’ body fat. This is impossible. The average pro footballer is at about seven or eight per cent. A contest-shape pro bodybuilder is somewhere between three and four per cent. Anything less is fatal, as the only fat left in the body is that surrounding the vital organs. The things you learn from bodybuilders…

4 thoughts on “Muscle: The Alarming World of Professional Bodybuilding”