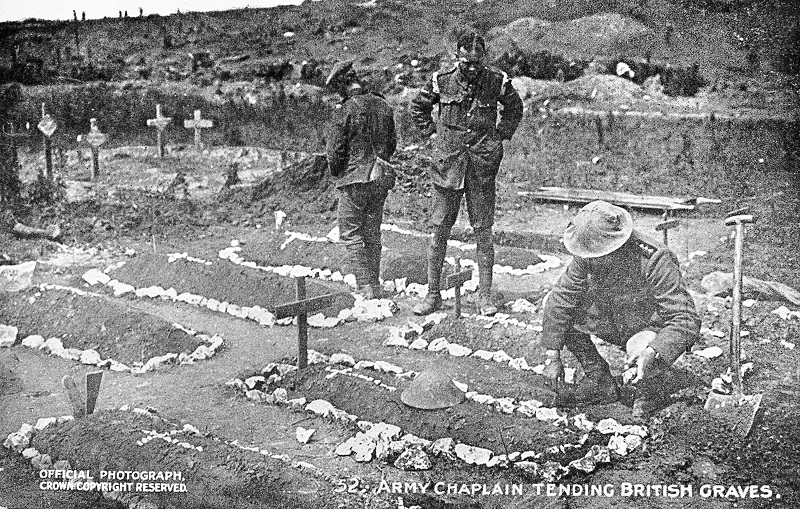 To mark 11 November, a post from the archives in which some of the Dabblers select a favourite verse appropriate to the occasion…

Brit – Seigfried Sassoon: Everyone Sang (1920)
This gradually became my favourite of Sassoon’s poems, then my favourite war poem, and is now just one of my favourite poems. It is a perfect and indelible work of literature. Sassson wrote it in ‘a few minutes’ and ‘in a mindless manner’, as if ‘remembering rather than thinking’. You can hear the poet himself reading it here.

Everyone Sang
Everyone suddenly burst out singing;
And I was filled with such delight
As prisoned birds must find in freedom,
Winging wildly across the white
Orchards and dark-green fields; on–on–and out of sight.

Everyone’s voice was suddenly lifted;
And beauty came like the setting sun:
My heart was shaken with tears; and horror
Drifted away … O, but Everyone
Was a bird; and the song was wordless; the singing will never be done.

Gaw – Thomas Hardy: Drummer Hodge (1899)
I like it as it reminds one how horribly strange the whole business is.

Drummer Hodge
They throw in Drummer Hodge, to rest
Uncoffined — just as found:
His landmark is a kopje-crest
That breaks the veldt around:
And foreign constellations west
Each night above his mound.

Young Hodge the drummer never knew —
Fresh from his Wessex home —
The meaning of the broad Karoo,
The Bush, the dusty loam,
And why uprose to nightly view
Strange stars amid the gloam.

Yet portion of that unknown plain
Will Hodge for ever be;
His homely Northern breast and brain
Grow to some Southern tree,
And strange-eyed constellations reign
His stars eternally.

Nige – Philip Larkin: MCMXIV
Such a poignant reminder that – as well as the terrible toll in human lives – a whole world was lost, and lost beyond recall.

MCMXIV
Those long uneven lines
Standing as patiently
As if they were stretched outside
The Oval or Villa Park,
The crowns of hats, the sun
On moustached archaic faces
Grinning as if it were all
An August Bank Holiday lark;

And the shut shops, the bleached
Established names on the sunblinds,
The farthings and sovereigns,
And dark-clothed children at play
Called after kings and queens,
The tin advertisements
For cocoa and twist, and the pubs
Wide open all day–

And the countryside not caring:
The place names all hazed over
With flowering grasses, and fields
Shadowing Domesday lines
Under wheat’s restless silence;
The differently-dressed servants
With tiny rooms in huge houses,
The dust behind limousines;

Patrick Kurp – Thomas Hardy: I Looked Up From My Writing
Thomas Hardy’s 1917 collection, Moments of Vision, includes a section titled “Poems of War and Patriotism.” Most of its contents are accomplished but conventional, until the final poem in the sequence, “I Looked Up From My Writing.” After almost a century, the lyric remains a little creepy and notable for leaving the speaker’s conflicted feelings about war and poetry, politics and art, unresolved. Hardy was seventy-seven when he wrote it:

I looked up from my writing,
And gave a start to see,
As if rapt in my inditing,
The moon’s full gaze on me.

Her meditative misty head
Was spectral in its air,
And I involuntarily said,
‘What are you doing there?’

Oh, I’ve been scanning pond and hole
And waterway hereabout
For the body of one with a sunken soul
Who has put his life-light out.

Did you hear his frenzied tattle?
It was sorrow for his son
Who is slain in brutish battle,
Though he has injured none.

And now I am curious to look
Into the blinkered mind
Of one who wants to write a book
In a world of such a kind.’

Her temper overwrought me,
And I edged to shun her view,
For I felt assured she thought me
One who should drown him too.

For the Romans, Diana represented both the moon and the hunt. Hardy’s moon also is feminine, hunting “one with a sunken soul” and “one who wants to write a book.” The speaker doesn’t deny her accusation, except implicitly: He writes the poem, the one we are reading, a great poem that changes nothing. A writer has but one political obligation, if we can rather pretentiously call it that. He must write well.

ZMKC –  John Manifold: The Tomb of Lt. John Learmonth, A.I.F.
This is a poem by the Australian poet John Manifold (1915-1985), written, he said, in 1944, during ‘the von Rundstedt offensive … sitting on my bedroll in a Belgian cowshed with six inches of candle still to burn – we’d long since run out of lights – having just received news in a letter that my old mate had died in a German prison camp. And I was feeling a bit churned up, what with one thing and another, and said: “Oh well, we probably won’t see many more nights to write poems in, I’d better get it down on paper” … It was written in the pretty firm conviction that this was going to be the last thing I would ever write.’ The poem has been described as ‘a magnificent hymn to individual courage,’ which is probably what you need on Remembrance Sunday.

The Tomb of Lt. John Learmonth, A.I.F.
“At the end on Crete he took to the hills, and said he’d
fight it out with only a revolver. He was a great soldier.”
– One of his men in a letter.

This is not sorrow, this is work: I build
A cairn of words over a silent man,
My friend John Learmonth whom the Germans killed.

There was no word of hero in his plan;
Verse should have been his love and peace his trade,
But history turned him to a partisan.

Far from the battle as his bones are laid
Crete will remember him. Remember well,
Mountains of Crete, the Second Field Brigade!

Say Crete, and there is little more to tell
of muddle tall as treachery, despair
And black defeat resounding like a bell;

But bring the magnifying focus near
And in contempt of muddle and defeat
The old heroic virtues still appear.

Australian blood where hot and icy meet
(James Hogg and Lermontov were of his kin)
Lie still and fertilise the fields of Crete.

Schoolboy, I watched his ballading begin:
Billy and bullocky and billabong,
Our properties of childhood, all were in.

I heard the air though not the undersong,
The fierceness and resolve; but all the same
They’re the tradition, and tradition’s strong.

He also spun his pistol like a toy,
Turned to the hills like wolf or kangaroo,
And faced destruction with a bitter joy.

He was as good as dead. Because the sea
Was closed and the air dark and the land lost,
“They’ll never capture me alive”, said he.

That’s courage chemically pure, uncrossed
With sacrifice or duty or career,
Which counts and pays in ready coin the cost

Of holding course. Armies are not its sphere
Where all’s contrived to achieve its counterfeit;
It swears with discipline, it’s volunteer.

I could as hardly make a moral fit
Around it as around a lightning flash.
There is no moral, that’s the point of it,

No moral. But I’m glad of this panache
That sparkles, as from flint, from us and steel,
True to no crown nor presidential sash

Nor flag nor fame. Let others mourn and feel
He died for nothing: nothings have their place.
While thus the kind and civilised conceal

This spring of unsuspected inward grace
And look on death as equals, I am filled
With queer affection for the human race.

George – Robert Graves: Recalling War
This might be the best poem for Armistice Day (here, Veterans Day) – a view back on the war from a dozen or twenty years.

Entrance and exit wounds are silvered clean,
The track aches only when the rain reminds.
The one-legged man forgets his leg of wood
The one-armed man his jointed wooden arm.
The blinded man sees with his ears and hands
As much or more than once with both his eyes.
Their war was fought these twenty years ago
And now assumes the nature-look of time,
As when the morning traveller turn and views
His wild night-stumbling carved into a hill.

What, then, was war? No mere discord of flags
But an infection of the common sky
That sagged ominously upon the earth
Even when the season was the airiest May.
Down pressed the sky, and we, oppressed, thrust out
Boastful tongue, clenched fist and valiant yard.
Natural infirmiries were out of mode,
For Death was young again: patron alone
Of healthy dying, premature fate-spasm.

Fear made fine bed-fellows. Sick with delight
At life’s discovered transitoriness,
Out youth became all-flesh and waived the mind.
Never was such antiqueness of romance,
Such tasty honey oozing from the heart.
And old importances came swimming back –
Wine, meat, log-fires, a roof over the head,
A weapon at the thigh, surgeons at call.
Even there was a use again for God –
A word of rage in lack of meat, wine, fire,
In ache of wounds beyond all surgeoning.

War was return of earth to ugly earth,
War was foundering of sublimities,
Extinction of each happy art and faith
By which the world had still kept head in air,
Protesting logic or protesting love,
Until the unendurable moment struck –
The inward scream, the duty to run mad.

And we recall the merry ways of guns –
Nibbling the walls of factory and church
Like a child, piecrust; felling groves of trees
Like a child, dandelions with a switch.
Machine-guns rattle toy-like from a hill,
Down in a row the brave tin-soldiers fall:
A sight to be recalled in elder days
When learnedly the future we devote
To yet more boastful visions of despair.