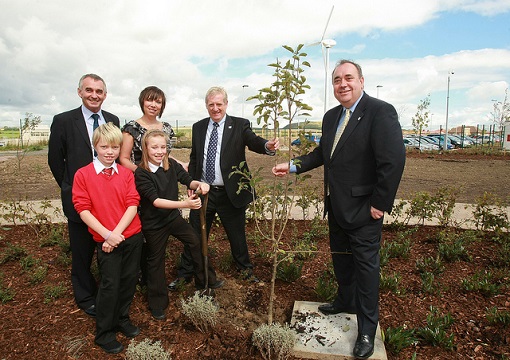 And so the Union endures. As a special tribute to Alex Salmond, here’s something by the excellent Scottish poet Don Paterson. I offer no commentary – interpret it as you wish…

One morning, Don Miguel got out of bed
with one idea rooted in his head:
to graft his orange to his lemon tree.
It took him the whole day to work them free,
lay open their sides, and lash them tight.
For twelve months, from the shame or from the fright
they put forth nothing; but one day there appeared
two lights in the dark leaves. Over the years
the limbs would get themselves so tangled up
each bough looked like it gave a double crop,
and not one kid in the village didn’t know
the magic tree in Miguel’s patio.

The man who bought the house had had no dream
so who can say what dark malicious whim
led him to take his axe and split the bole
along its fused seam, and then dig two holes.
And no, they did not die from solitude;
nor did their branches bear a sterile fruit;
nor did their unhealed flanks weep every spring
for those four yards that lost them everything
as each strained on its shackled root to face
the other’s empty, intricate embrace.
They were trees, and trees don’t weep or ache or shout.
And trees are all this poem is about.

10 thoughts on “Two Trees – A Poem For Alex Salmond”