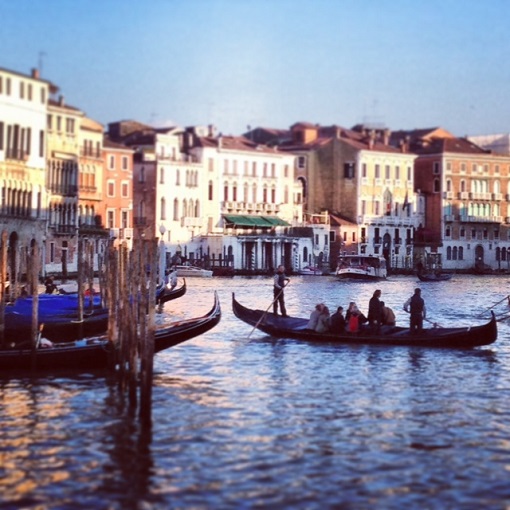 For your pleasure, here is Jassy’s account of her recent foodie tour of Venice: bridges and sighs, bigoli and cicchetti, echoing mazes and marriage proposals from fishmongers…

A city of bridges and sighs, Venice is also home to the note. Taped to walls and windows, and written in underlined, over exclamation marked English, they yap instructions at the milling crowds. ‘No eating! No sitting!! No picnic!!!’ they cry in crosspatch biro.

But still the al fresco eaters flock. They perch on windowsills, steps and ledges with bags of crisps and strips of pizza in their mitts. They flap their maps and search their pockets for sweets, only scattering when an irate restauranteur appears to shoo them on to the next makeshift bench.

They’re watchful, these outdoors eaters. Not just because a waiter could come and shout at them in Italian at any moment. They know that cities like Venice, famous cities, are crafty places. There are always people trying to persuade you to buy an authentic string of this or a rustic wedge of that. But what they’re showing you can’t be real. It must, somehow, be a ruse.

And it’s hard to believe the whole of Venice isn’t a trick. It’s so very much like Venice, so completely what I expected, that if someone had flicked a switch to reveal blue screens, paddling pools and toy boats, I wouldn’t have been too surprised. 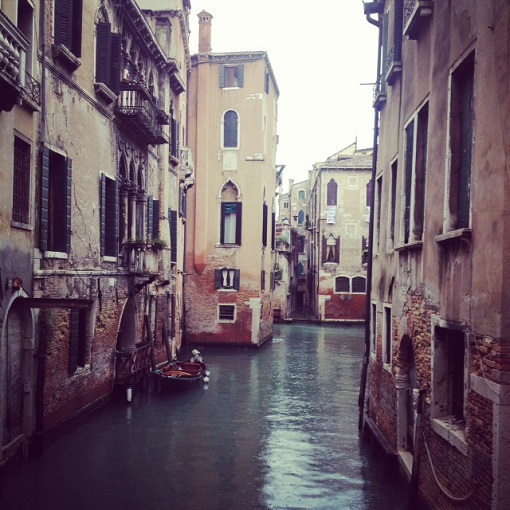 We arrived by water taxi, the city emerging out of the sea in scattered chunks. The first stop, Orto, was our way in. So instead sweeping down the Grand Canal, we crept in on foot, past an outer ring of apartment blocks that quickly turned into a tangle of alleyways, bridges and canals. Tugging my obstreperous suitcase over the cobbles, I paused every few minutes to kick my bag, peer down a dark stretch of water and to fall in love.

Venice is beautiful. The guidebooks warn you about it. Everyone who’s been tells you about it. “Oh, you’ll love it,” they say. “It’s so romantic.” And it is. Knee-bucklingly so. Even in November, when the streets were strafed with rain, Venice was beguiling.

Our first meal, eaten while we were airport weary and overexcited, was at Osteria ai 40 Ladroni. The red wine came by the litre and I ate bigoli in salsa; fat Venetian spaghetti in a salty anchovy and onion sauce that tasted a little like trawling the canal with my mouth open (in a good way). A fist-sized square of tiramisu was a squelching wodge of sponge, mascarpone and chocolate so booze-soaked it could barely hold itself together. 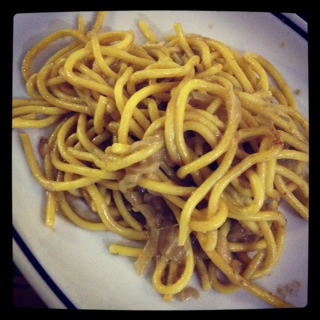 In the morning we walked over bridges into the Ghetto, the old Jewish district that’s garlanded with bakeries. Cafe Meyer, part of a chain, drew us in with its counter of cakes and a looping promotional video of a couple falling for each other over coffee and cello concerts.

I ordered a bignè allo zabaione, a little puff of pastry that had been filled with marsala, eggs, sugar and then some more marsala, just in case. The second time we came for breakfast I had a cannolo that was crisp, rich and decorated with traffic-stopping glacé cherries.

Not that we always went out for cake in the morning. Sometimes I went to the Ghetto and brought cake back. In Volpe Giovanni’s Bakery I ordered mandorle (soft almond biscuits), impade (crunchy almond biscuits) and orecchiette di Amman (dry and dusty biscuits – not a patch on the ones Jordi makes). 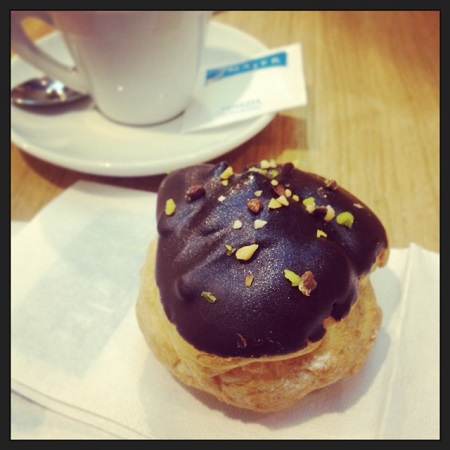 Cicchetti is to Venice what tapas is to Spain, mezze is to Turkey and a packet of salt and vinegar crisps is to Britain. At lunchtimes in All’Arco, if you’re tall enough and the bar is empty enough, you can peruse the crostini, cheeses and hams in the display cabinets. But we weren’t that tall and All’Arco is never that empty. So we asked for a cicchetti pick’n’mix.

Plates of crostini topped with salt cod and soft cheese, roast vegetables well greased with oil and thickly seasoned, slices of soft San Daniele ham and spicy rounds of salami made it across the counter to us. We ate standing up, elbow to elbow, while a man who claimed to be the most famous fishmonger in the Rialto proposed marriage. 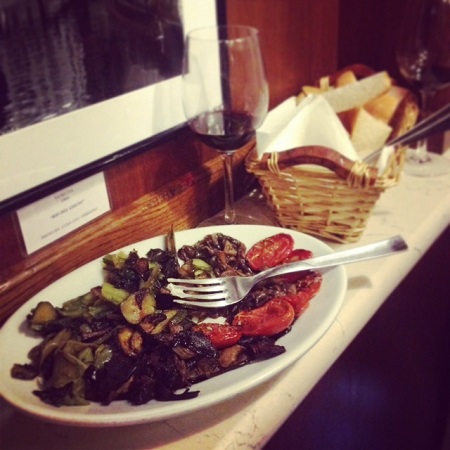 In the evening Venice is an echoing maze. Green lit by our mobile phones, we tracked our way along the side streets, circling the centre, until we finally found Bancogiro tucked in the arches by the Grand Canal.

It’s a romantic restaurant, dimly lit and whispery under exposed brick. More San Daniele ham and a plate of beautiful mixed fish dishes (particularly the baccalà mantecato) was followed, for me, by lamb chops coated in Cornflakes, a pumpkin pudding and curried mayonnaise. I could hardly not order that having seen it on the menu.

The pumpkin pudding was a creamy cross between a squash mousse and a fondant, and the curried mayonnaise was silken and spicy. But the lamb was overcooked and, unsurprisingly, not as good as milk at complementing the flavour of toasted maize.

We skipped dessert to go to a bar, where an Italian explained that drinking spritzes at midnight is completely wrong and everyone else turned out to be from South East London. It felt like home.

5 thoughts on “A Gastronomic Weekend in Venice”