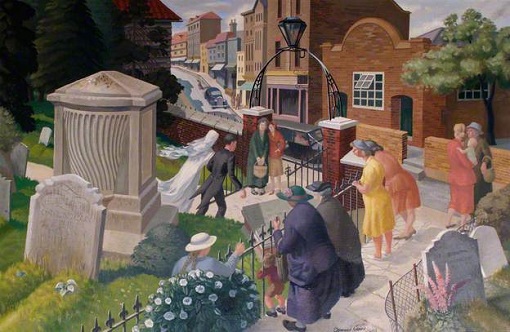 In today’s poetry feature, Stephen selects three variations on Horace’s famous advice about how to live…

Perhaps the best-known piece of advice on How to Live was given by Horace: carpe diem, quam minimum credula postero. In The Oxford Dictionary of Latin Words and Phrases (1998) the phrase is translated as follows: “seize the day, trusting as little as possible to the morrow.” Yes, of course: carpe diem. We’ve all heard it before. Like most well-meaning advice, easier said than done.

The phrase appears in Ode 11 of Book One of Horace’s Odes. As one might expect, the poem has been translated into English numerous times, with varying degrees of fidelity to the original. The following version is by Derek Mahon.

Don’t waste your time, Leuconoe, living in fear and hope
of the imprevisible future; forget the horoscope.
Accept whatever happens. Whether the gods allow
us fifty winters more or drop us at this one now
which flings the high Tyrrhenian waves on the stone piers,
decant your wine. The days are more fun than the years
which pass us by while we discuss them. Act with zest
one day at a time, and never mind the rest.

Louis MacNeice also tried his hand at it:

Do not, Leuconoe, seek to inquire what is forbidden, what
End the gods have assigned to you or to me; nor do you meddle with
Astrological numbers. What shall arise count to your balance if
God marks down to you more winters — or perhaps this very one is the
Last which now on the rocks wears out the fierce Mediterranean
Sea; but be wise and have wine, wine on the board, prune to a minimum
Long-drawn hopes. While we chat, envious time threatens to give us the
Slip; so gather the day, never an inch trusting futurity.

I have a soft spot for the following version by Sir Thomas Hawkins (from 1625):

Strive not, Leuconoe, to know what end
The gods above to me or thee will send;
Nor with astrologers consult at all,
That thou mayst better know what can befall;
Whether thou liv’st more winters, or thy last
Be this, which Tyrrhen waves ‘gainst rocks do cast.
Be wise! drink free, and in so short a space
Do not protracted hopes of life embrace,
Whilst we are talking, envious time doth slide:
This day’s thine own; the next may be denied.

Horace, The Odes, Epodes, Satires, and Epistles, Translated by the Most Eminent English Scholars and Poets (1889).

The Elizabethans, though oftentimes flowery, were pretty good at getting to the heart of the matter in a pithy, lovely fashion when they wanted to. I am put in mind of, for instance, Robert Devereux’s “Happy were he could finish forth his fate/In some unhaunted desert”. There was something about the intrigue and the danger of the time which, I think, tended to concentrate the mind (to borrow from Samuel Johnson in another context). I am reminded of, say, Walter Raleigh and Henry Howard, Earl of Surrey, writing poetry in their dungeons as they awaited their beheadings. (A fate shared by Devereux as well.)

2 thoughts on “How to Live”