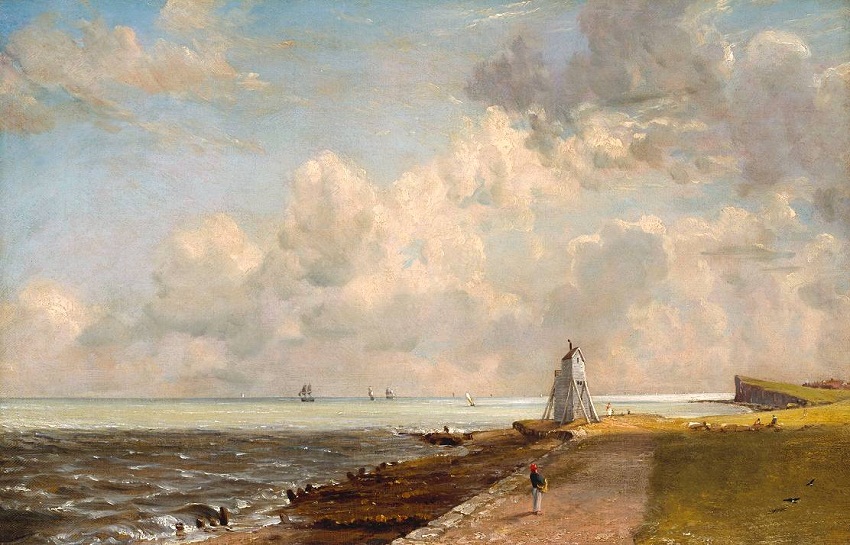 Following his post on October leaves, this week Stephen approaches autumn from a more oblique angle…

Autumn is not autumn without a visit to Wallace Stevens.  I do not know exactly what the following poem “means.”  Perhaps it has something to do with autumn being both an end and a beginning, and having at its heart both an emptiness and a fullness.  Whoa!  That’s way too high-falutin’. Let’s just say that it sounds lovely.

Then again, it may simply be about the walks that Stevens often took around Elizabeth Park in Hartford, Connecticut (where he worked for nearly 40 years as a lawyer-executive for an insurance company).  The park has a duck pond.

The Hermitage at the Center

The leaves on the macadam make a noise –

How soft the grass on which the desired

Reclines in the temperature of heaven –

Like tales that were told the day before yesterday –

Sleek in a natural nakedness,

And the wind sways like a great thing tottering –

Of birds called up by more than the sun,

Birds of more wit, that substitute –

Which suddenly is all dissolved and gone –

And yet this end and this beginning are one,

And one last look at the ducks is a look

At lucent children round her in a ring.

A comment on “one last look at the ducks” (line 14):  a “last look” because the ducks are about to fly south for the winter, yes; but it should also be noted that Stevens wrote the poem when he was in his mid-seventies, within the last year or so of his life.

The following poem by Stevens is not explicitly about autumn.  However, something about the season — the clear and slanting light, perhaps — always brings it to mind.  The poem is, I think, one of Stevens’s finest.  He wrote it late in his life — a time when he tended to pare back a bit the preciousness and abstraction of his earlier work and to speak more directly.

The River of Rivers in Connecticut

There is a great river this side of Stygia,
Before one comes to the first black cataracts
And trees that lack the intellligence of trees.

In that river, far this side of Stygia,
The mere flowing of the water is a gayety,
Flashing and flashing in the sun.  On its banks,

No shadow walks.  The river is fateful,
Like the last one.  But there is no ferryman.
He could not bend against its propelling force.

It is not to be seen beneath the appearances
That tell of it.  The steeple at Farmington
Stands glistening and Haddam shines and sways.

It is the third commonness with light and air,
A curriculum, a vigor, a local abstraction . . .
Call it, once more, a river, an unnamed flowing,

Space-filled, reflecting the seasons, the folk-lore
Of each of the senses; call it, again and again,
The river that flows nowhere, like a sea.

Both poems by Wallace Stevens, from The Rock (1954), in Collected Poetry and Prose (The Library of America 1997).

2 thoughts on “Wallace Stevens in Autumn”