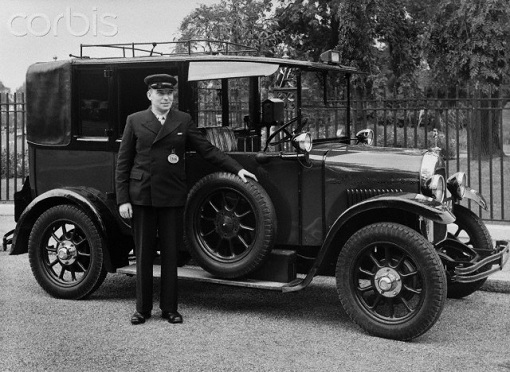 Introducing the philosophising cab driver seen by the British wartime establishment as ‘the ideal representative of the working man’, and sent off on propaganda tours…

The DNB fails to take note and he exists in Wikipedia merely among the listings of those who appeared on Desert Island Discs (1943, playlist includes: Lupino Lane ‘The Lambeth Walk,’ Paul Robeson, ‘Water Boy’ and Harry ‘Haywire Mac’ McClintock, ‘The Big Rock Candy Mountains.’). Google offers a scant 83 hits. Yet he toured wartime Australia, Canada and the US as a British propagandist, respectfully interviewed and giving talks that were duly paraphrased in the press, appeared regularly on pre- and post-war BBC alongside such as Gilbert Harding, and wrote a hit play that in its anti-capitalism echoed the efforts of the contemporary American left; there were several memoirs. One paper suggested that Milton would have termed him ‘God’s Englishman,’ but while politically engaged and a man who inevitably placed masses before classes he was hardly Oliver Cromwell, whom Milton had thus christened. Nor, though one might have expected to have found him there, does he seem to have met Orwell, whether at the BBC or in some gathering of the Left.

Why introduce him here? The London blogger Peter Watts (http://greatwen.com/) recently sent me a lexicon of cabbie slang. Or properly, since licensed cabbies are a closed world, cabbie jargon. It was compiled in 2009 by Taxi magazine’s editor Stuart Pessok. It covers two centuries of cab-talk (a predictable melange of Cockney, Yiddish, rhyming slang, backslang and the jargons of the racecourse and the street market) and I shall write about it soon. Pessok notes his sources: among them Eric Partridge, of course, and…Herbert Hodge. In fact to mention the second is to see off the first. Hodge, at least for the early to mid-20th century, was Partridge’s go-to guy for matters taximetric. The lexicographer cites his 1939 memoir Cab, Sir? but there were also It’s Draughty in Front (1938), the 1939 monograph I Drive a Taxi, and in 1945, back from the States, A Cockney on Main Street.

Born in Vauxhall in 1901 he lived in north America as well as London, and in time worked as a van driver, farmhand, lumberjack, hobo, political activist, playwright, writer and radio broadcaster before becoming a taxi driver. His link to the BBC allegedly came when his reputation as a raconteur spread from the front seat to the back and, long before Fleet Street’s Arthur Helliwell grabbed the by-line, Hodges was being paraded as one of Auntie’s ‘men of the people’; J.B. Priestley, bluff and Yorkshire and an established novelist, was the guv’nor, but Hodge was not without fans. He was an autodidact – how else? he had quit school at 15 to drive a laundry van – who claimed to have cured himself of a teenage taste for best-selling trash via a political self-education that began with the works of Herbert Spencer.

‘Whatever it was I wanted to say, it fitted none of the party politics. Nor did the orthodox religions offer any hope. I admired the Quakers, but couldn’t believe in their God. I envied the happiness of some of the Catholic priests I carried, but couldn’t swallow their creed. I was prepared to believe the Marxist economists, but as for the Marxist philosophers — their creed led straight to suicide. . . And yet all believers had some truth. . . they were merely quarrelling over words, not fundamental beliefs.’ Common sense from the common man was how the media would describe him.

In 1920 he had planted his soap-box outside a dole office, and became an official representative of the unemployed. In 1931, tempted by its offer of better things, he flirted with Moseley’s New Party but judiciously left as the innate fascism began to cast off restraint. In 1936, after seeing the Unity Theatre’s production of Clifford Odets’ Waiting for Lefty, a staple of activist theatre, he co-wrote (with another cabbie) the ‘political cartoon’ Where’s That Bomb? It proved one of the Unity’s biggest hits. Its Liverpool performance was pushed as ‘the most robust farce since the days of Ben Jonson’ while one reviewer saw the authors as ‘the Freddy Lonsdale and Noel Coward of the working class’. The follow-up Cannibal Carnival, flopped. It mocked the church, and there were, it was felt, too many earnest young parsons doing good for the great unwashed to disturb their self-satisfaction.

By then Hodge was a BBC regular. He had even, in the aftermath of Munich, been censored when the Paramount News (a British agency) cut a discussion in which Hodge, talking to the editor of the Times, critiqued Chamberlain’s appeasement. ‘What worries me about it all,’ said Hodge presciently, ‘is whether we’ve simply postponed war for another year or two against a much stronger Hitler of the future.’ Questions were asked in parliament; the people’s voice survived. His war service switched him from taxis to buses; buses he knew: when in 1937 the drivers had struck, he and the Unity team produced a Living  Newspaper to document the event.

Seen as the ideal representative of the British working man, and thus capable of showing the Yanks that their ally, currently begging for help via both men and materiel, was more than some effete Old World toff, Hodge was sent off on tour. It is not to sneer to suggest from the many reports of his talks and interviews that he learned his scripts well and said what was required. Not that he talked prole-to-prole: his audiences tended to the bourgeois. He urged commitment to the fighting, donations to war loans, and had a stock of feel-good parables of that type which depend on chirpy, if ageing, Cockney sparrow-ettes who, if momentarily cowed by the Blitz, soon stride from the shelter announcing, ‘This is just what Hitler wants us to do, sit here and do nothing. Well, Hitler’s not going to stop me. I’m going home and cook my old man’s dinner.’

Whether Mr Hodge’s fund of slang included the phrase ‘warm the old man’s dinner: to stand before the fire with raised skirt and bare buttocks’, I cannot say.

Such slang as he, and other cabbies did and still do know, must wait till next week.